Book Review: The Question of Love by Hugh Mackay

Hugh Mackay is that rare thing: a writer who also shows us how we see ourselves as a nation.
Vanessa Francesca 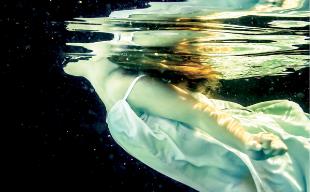 Book cover art: The Question of Love by Hugh Mackay.

A social researcher, Hugh Mckay is focused on ideas that portray the lucky country in its mission to be happier, more confident, and more accepting of outsiders. Themes of his work include ‘the good life’, how to be a good listener and where we see ourselves going as Australians.

Later, his studies expand to include the views of teenagers and their parents, and the question of multiculturalism. A qualified psychologist as well as a social researcher, Mackay holds a number of honorary degrees and professorships. He is a patron of the Asylum Seeker Research Centre and has served on the boards of Bell Shakespeare and the Sydney Peace Prize.

All of which serves to give his readers a generous insight into the themes and ideas of Mackay as a novelist. His latest novel The Question of Love is a dramatisation of the feeling that despite support, achievement, deep feeling and commitment, there is something missing in our lives.

It’s helpful to understand this in the non-fiction companion to Mackay’s book The Inner Self: Discovering Who We Really Are, which explores what Mackay calls ‘the hiding places’ where we retreat from realising our most important values. Mackay explores retreats from achievement like nostalgia, like business, and like victimhood (a theme particularly loved and emphasised by The Australian in its presentation of Mackay’s thoughtful piece.)

It’s rare for any person, let alone any 80-year-old, to be motivated by the twin springs of creative invention and factual documentation of Australian lives, and in this sense, Mackay’s novel is a quiet triumph. These ‘hiding places’ form the quiet spaces that give Mackay’s novel its thematic resonance, and its authority as a work of realism.

The Question of Love is also beautifully structured. The same scene is described repeatedly from different perspective, which give Mackay’s main characters, Richard and Freya, compelling nuance and insight. The exposition proceeds gently, and thoughtfully, with moments of drama, ultimately highlighting the theme of courage in long term relationships.

This emphasis on courage is a great theme that makes Mackay a little more than just a popular novelist: it elevates his writing to something that illuminates not only the question of love, but the search for meaning.

In our age of atomised media consumption and problematised and problematising health care, this is, in one sense, unusual. In another sense, it is archetypically redolent of the Australian character: egalitarian, optimistic, expressing solidarity with outsiders, constantly trying to expand its understanding of decency and humanity.

In The Question of Love, Mackay creates a rare achievement: a deft fictional testament to a life spent in pursuit of a psychology of happiness, abundance, and compassion, in an age of atomisation, problematisation, and division. This makes him a rare temperament in fiction and yes: a national treasure.