In 'The Convict Valley', historian Mark Dunn seeks to tell the stories of those typically overlooked by Australian history.
Nicola Heath 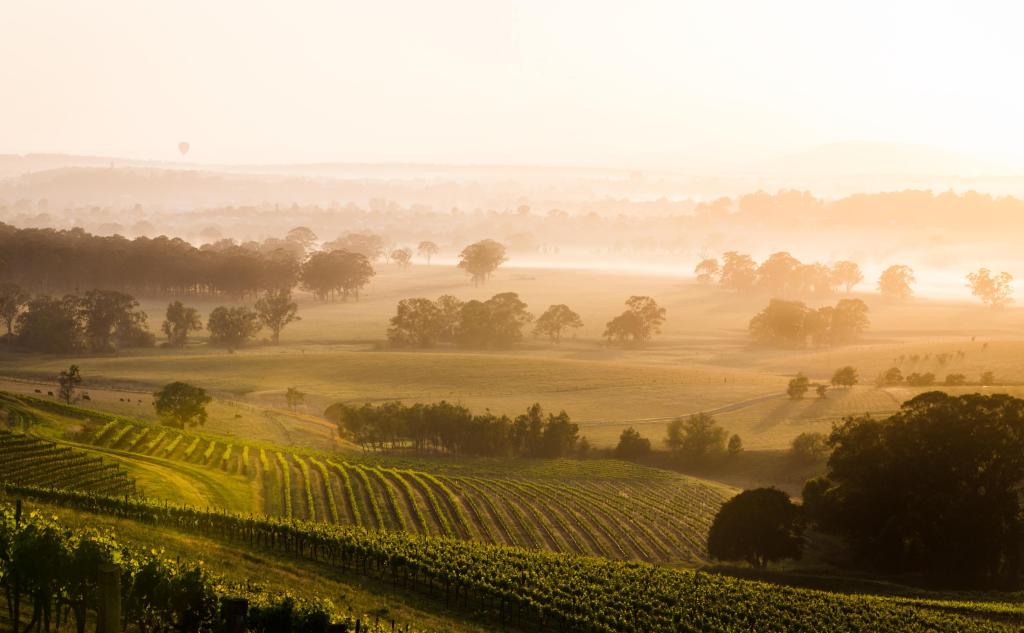 The beautiful Hunter Valley was the site of colonial dispossession, and brutal conditions for convicts. Image via Shutterstock.

The Convict Valley: The Bloody Struggle on Australia’s Early Frontier, a new book from historian Mark Dunn, tells the story of Hunter Valley’s colonial past through the perspective of  the First Nations People in the Hunter, and the convicts transported here from England. It’s an attempt to redress what fellow historian Tom Griffiths calls the ‘suggestive silences of Australian history’ in which, as Dunn writes, ‘convict and Aboriginal histories, especially concerning cruelty or violence, were left out or glossed over as a footnote in the history of progress and development.’

The first inhabitants of the Hunter Valley, as we now know the fertile valley that stretches 180 kilometres inland from the mouth of the Hunter River, arrived in the region between 20,000 and 45,000 years ago. ‘The people in the Hunter Valley were river people,’ Dunn writes, ‘utilising the waterways as living spaces, food sources and pathways through their Country.’

Evidence exists of ‘a complex web of connections through trade, marriage and religion’ among the different groups of Aboriginal people who resided in the valley, including the Awabakal people around Newcastle and Lake Macquarie, the Wonnarua, who occupied the Hunter’s alluvial river flats, and the Kamilaroi in the north-west.

The first British people arrived in the Hunter in 1790: five convicts who escaped north from Sydney and were taken in by the Worimi people around Port Stephens until their recapture five years later. However, it is 1798 – when Lieutenant John Shortland sought shelter in Newcastle Harbour during his search for the Cumberland, a vessel seized by convicts at Broken Bay – that is considered the city’s founding date, even though, as Dunn notes, ‘escaping convicts had been there at least eight years earlier and Aboriginal people had occupied the area for millennia.’

Dunn writes, ‘convict and Aboriginal histories, especially concerning cruelty or violence, were left out or glossed over as a footnote in the history of progress and development.’

The first Europeans to land at the present-day site of Newcastle – a harbour 60 nautical miles or 110 kilometres north of Sydney – found coal on the beaches, and stands of prized red cedar lining the rivers that carved through the fertile valley. The traditional practice of controlled burning by the Aboriginal people who lived in the Hunter gave it ‘the open, parklike appearance enthusiastically noted by the British,’ Dunn writes.

Unofficially known as Coal River, the area’s rich resources – timber, lime and salt, as well as coal – made it a valuable asset to the colony. Between 1804 and 1821, Newcastle served as a penal station, a place of secondary punishment for convicts. Presided over by ‘savage and sometimes brutal commandments,’ writes Dunn, ‘in the narrative of New South Wales’s early history as a convict nightmare, Newcastle strove to be a perfect model.’ Convicts who dared to escape would ‘likely starve, wander lost in the bush or be ruthlessly hunted down by pursuing soldiers, bands of Aboriginal warriors or both.’

It was the arrival of British settlers that saw the end of Newcastle as a penal station, with security increasingly difficult to maintain. Soon, the area became the target of a land grab by settlers keen to acquire land for farming. A survey carried out by Henry Dangar in the 1820s carved ‘up the country of the Aboriginal inhabitants into a marketable commodity that could be sold…to prospective new settlers in Britain.’ Dunn notes, ‘the Aboriginal people who owned and occupied the land from the ocean to the far mountains were hardly considered at all.’

By 1825, every piece of available land that fronted a watercourse was either occupied or promised to someone, reflecting the rapid dispossession of the ‘river people’ who had lived on the banks of the Coquun for centuries.

In The Convict Valley, Dunn looks at the complex relationships between the invading white people – both settlers and convicts – and the Aboriginal people whose land they occupied. Interactions often ‘revolved around cooperation, alliance and work,’ he writes. By the 1820s, however, tensions mounted until ‘a bloody, intense and destructive campaign of violence’ erupted across the Hunter as white settlers committed atrocities against local Aboriginal people and sought to quell the resulting resistance.

Dunn notes, ‘the Aboriginal people who owned and occupied the land from the ocean to the far mountains were hardly considered at all.’

Dunn also details the crucial role convicts – his forebears among them – played in establishing the Hunter Valley as a thriving agricultural and mining hub, and the fractious relationship between emancipatists and emigrants. The “so-called convict stain was a real and powerful social barrier,” yet he notes that most of the essential services in the valley’s towns and villages were run by former convicts.

Two centuries later, when the Hunter is best known for its beaches, vineyards and coal mines, The Convict Valley serves as a well-researched addition to the historical record and a timely reminder of the region’s bloody and brutal history.