Canvassing the stories of women at the frontline of environmental action.
Vicki Renner 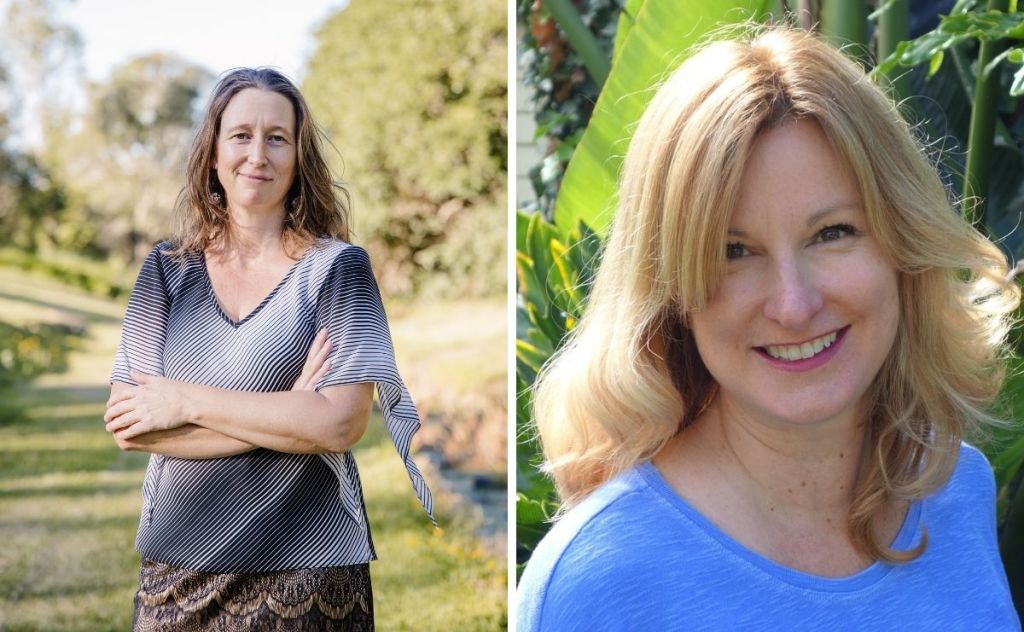 Robyn Gulliver and Jill L. Ferguson’s book ‘shines a light on decades of work done by women to save and protect ecosystems, trees, rivers, species and communities.’ Images supplied.

The Advocates: Women within the Australian Environmental Movement fills a gap in our national awareness. Often working behind the scenes writing emails and letters, creating signs, running meetings, maintaining archives, women have always been at the heart of Australia’s environmental movements. This new book shines a light on decades of work done by women to save and protect ecosystems, trees, rivers, species and communities.

The Advocates, by Dr Robyn Gulliver and Jill L. Ferguson, deep dives into the stories of nine women, most of whom will be unknown to the average Aussie. The book doesn’t just aim to address the gender imbalance in environmental writing, but it also provides insight into what it takes to bring about long-lasting environmental change. And it provides hope, inspiration and a blueprint for those who come after.

Dr Robyn Gulliver is an award-winning environmentalist, writer, researcher and activist, and she weaves her own stories as she meets these pioneering women environmentalists. To share the writing journey, she invited award-winning writer Jill L. Ferguson to work with her. The outcome is a thought-provoking publication full of history, research and insight, as well as wise words from many women on the frontline of environmental action.

Both women have worked in numerous campaigns stretching over fifty years. They are testament to the need for dogged persistence, and they demonstrate what’s possible when hope solidifies into action. As Jan McNicol says in the first chapter, ‘I have a feeling that right up until the last minute … people feel like this is a great cause, but when they consider what we’re up against, they feel we can’t possibly win. And then something happens. And we’ve won.’ This story of unexpected – but welcomed – success is mirrored in the lives of the eight other women.

Along with Jan McNicol, one-time anti-nuclear activist protesting US nuclear warships in Australian waters and now confronting gas company CEOs at AGMs, we meet Jane Bremmer, an Australian Erin Brockovich who was drawn into environmental activism and protest by the discovery of a toxic dump hidden behind a fence in a Perth suburb. We also meet June Norman, a Stop Adani protester who believes in her ‘Great-granny power’ to cut through rhetoric and reach people.

Another advocate is Caro Shields, one half of ‘Be an Unfucker’, a website devoted to simple eco-friendly messages, aiming to reach the ‘unconvinced’. There’s also Jill Redwood – a prescient name for this fierce defender of Gippsland forests, a battle she’s been fighting (and at times winning) for decades. We’re introduced to Mikaela Jade, proud Cabrogal woman and CEO and founder of Indigital, an award-winning tech start-up that’s pairing augmented reality with ancient Aboriginal stories.

Read: Book review: The Only One in the World, Edited by Narrelle Harris, Clan Destine Press

Then there’s Robyn Murphy, whose successful protests against massive high-rises on WA’s Scarborough Beach started in the 1980s and highlight the risks of overdevelopment in vulnerable ecosystems. Another eco-warrior is El Gibbs, who has gone from frontline activism to secure locally owned renewable energy, to being a Greens Councillor before working with People with Disability Australia. Finally we encounter Heather Barns, who’s been working for decades to protect and revegetate the once-fertile catchments of the Brisbane River. Despite so many losses, Barnes says ‘You look at the bigger picture and think, what would happen if nobody did it?’

At times The Advocates reads like a scientific text, at times like an intimate chat, and at other times as a piece of well-researched journalism. Gulliver and Ferguson have woven the microcosm with the macrocosm, and the book will reward with multiple readings. But this is not just a book of success and hope; peppered throughout its pages are losses: lost forests, lost ecosystems, losses in court, and so many heartbreaking lost opportunities. The environmental movement in Australia, like elsewhere, has struggled to be heard above the noise, to take priority in the halls of government and business. What stands out in The Advocates is that regardless of the barriers put in their way, these nine women have not and will not give up.

As Australia lurches from one environmental disaster to the next, and politicians continue to avoid responsibility, what can the average person do? It’s tempting to feel hopeless, to let the doom pile on, to feel we have no power. Although much power will always be in the hands of governments and big business, these nine women demonstrate through their ingenuity and persistence that we all have power, we can all be part of change. It’s not easy, and it’s not quick, but it’s more palatable – and possible – when working with others. As Gulliver says in her introduction, quoting Jane Goodall, ‘One individual cannot possibly make a difference, alone. It is individual efforts, collectively, that makes a noticeable difference – all the difference in the world.’