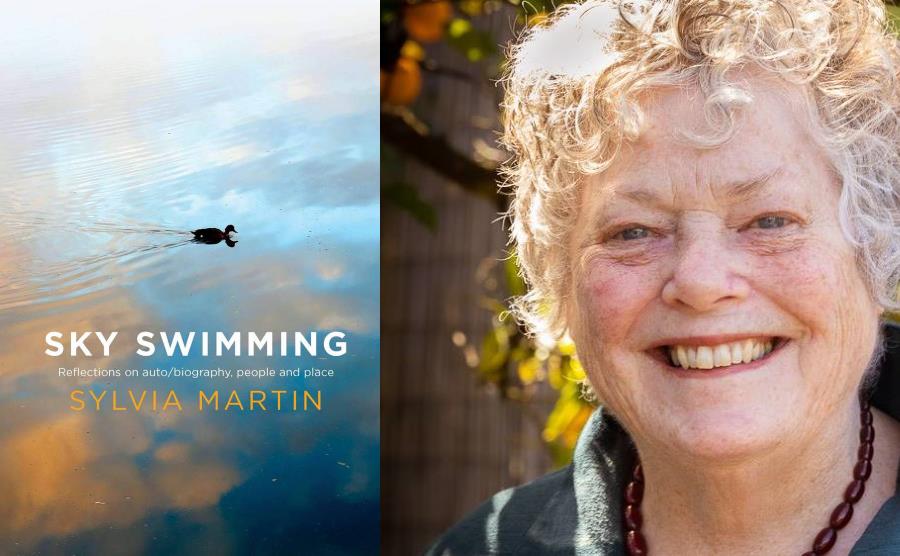 Sylvia Martin’s Sky Swimming comes at a cultural and historical turning point when Australian lesbian artists, writers, actresses and women are living openly within the arts and in public. At the same time, this is juxtaposed against Martin’s publisher closing its doors.

In 2019, University of Western Australia Press, which has produced several Miles Franklin winners in its 85 years as a publishing house, and has now published two of Martin’s books, announced that it would gradually close.

Sky Swimming is personal from the first page – something lesbian writers, actresses, artists and women in general over history and those of Martin’s age (she is now in her early 60s), were taught not to be. Martin was drawn to these women throughout her career as a biographer and academic and recounts sitting in libraries ‘poring over the papers of women whose lives I have explored as a biographer’.

Sylvia Martin holds a doctorate in Women’s Studies from Griffith University and is the author of Passionate Friends: Mary Fullerton, Mabel Singleton and Miles Franklin; Ida Leeson: A life – Not a Blue-stocking Lady; and Ink in Her Veins: The Troubled Life of Aileen Palmer.

‘The common thread among women I have chosen as my biographical subjects has been their rejection of marriage and motherhood, the expected trajectory laid down for women by society. None openly called themselves lesbians but they all eschewed relationships with men and had significant relationships with women. And here the nose for subtext and for identifying silences is crucial,’ she writes.

Her interest in low and middle-income women who upheld their status through the arts resonates as she weaves between her own life and the lives of the women who have influenced her artistic life. And now that Martin has about as much achievement as the women she admires, her life now just as interesting, she is finally able to turn her pen on herself.

Martin’s wisdom and sense of place guides her lifewriting throughout Sky Swimming as she reflects on houses: her and her partner Lizzie’s ‘Laurelei’ home in the Warrumbungles, in inland New South Wales; a lesbian community in bilingual Montreal which she quickly falls in love with; and significant European sites from Lizzie’s upbringing. Think Sophie Cunningham’s City of Trees but instead with houses.

This makes Martin’s autobiographical style not self-important or unjustified given her achievements. But she is also cautious about what she says, despite being able to live more openly than lesbians before her. She is still perhaps a little afraid of being too open, and this may be because of the generation gap.

Her descriptions of houses – what they mean and the lives they accommodated before and after her – become stories intertwined with her own life. And the email correspondence Martin provides between her and her peers comes in stark contrast to those she has researched, as they show openness and a life without omissions.