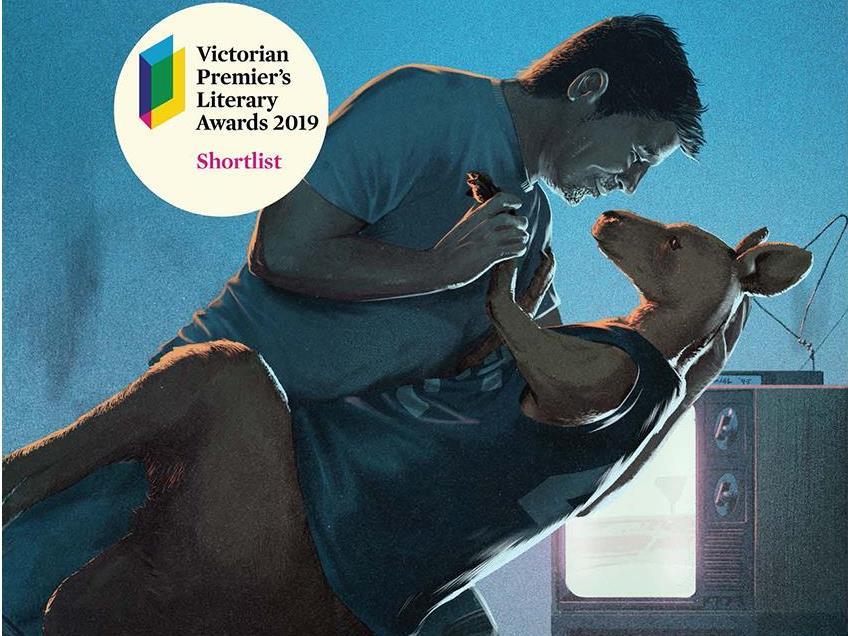 A key ingredient of Australiana is irony and dry satire, striving to find meaning beyond footy, beer, fishing, barbecues and TV. But while often galling and not out of place in rural Victoria, fiction author Wayne Marshall finds something heartfelt and honest in its intent.

Shirl, Marshall’s collection of short stories, fuses Australiana with magical realism by blending beast, man, fact and fiction into a compelling debut which has been shortlisted for the 2019 Victorian Premier’s Literary Awards.

‘It took being diagnosed with cancer to find myself as a writer,’ Marshall confesses, proving his most moving stories are also his most personal. He bounces story ideas off his daughter as he reads to her in their backyard, stories of encounters beyond happenstance to give a new understanding of the small Australian-town mentality.

A Yowie attends a Desperate and Dateless ball in ‘The Yowie’s Visit’:

‘It was late afternoon by the time the Yowie left the forest and began making his way towards the town below. Already, only a few footsteps out from the safety of the gum trees, he felt anxious. What if the townspeople didn’t like him? What if they thought him too tall? Too hairy? Too yellow-toothed? There was also the possibility that at the first sight of him they’d drop what they were doing and hunt him, in cars and on foot, firing their guns until he lay dead in some paddock or ditch.’

Marshall’s fictional rural universe also brings a mermaid to a fishing trip; an ordinary bloke falls in love with a kangaroo; a man mail-orders a bride from an occupied outer-space planet; a man faces a Hearing after crying while drunk; a shark named Bruce manifests in the local swimming pool; a small town must stop drinking for three months.

Alongside his cancer diagnosis, Marshall’s short stories obscure fact from fiction as his mother leaves the family, his fictional and real universe, to become an author at the same publication, Affirm Press, which published his powerful debut.

Marshall’s imagination throws his ideas of himself and his life experience into a fictional realm. He says helps him deal with life’s difficulties for ‘the need to process it, to have control over its shape and meaning … I’m guilty of cannibalising experience for the sake of a story, slanting it until it becomes something that satisfies my imagination.’ And the result is a funny, sincere, passionate and remarkable debut collection of short stories.

Wayne Marshall’s short stories have appeared in Island, Going Down Swinging, Seizure, Gargouille Literary Journal, Tincture and Review of Australian Fiction. He is also co-founder of the Peter Carey Short Story Award, and lives in regional Victoria with his partner and two daughters.