Road Rage – the stories of five cyclists and the person who mowed them down.
Erich Mayer 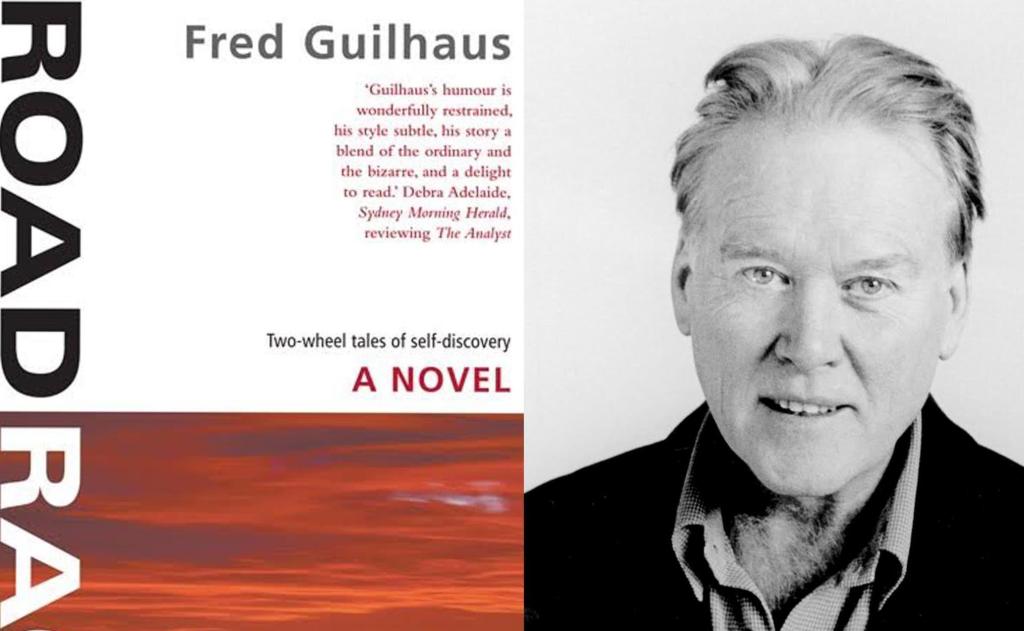 Fred Guilhaus was inspired to write this novel after he heard about an accident in Perth where people not only exonerated the driver who crashed into some cyclists but argued that the cyclists got what they deserved.

In Road Rage, the five cyclists, who call themselves the Tragics, are happily out on the road together on their weekly jaunt. Peter is one of these and the main storyteller. On this very day, while cycling with the others, Peter muses about road accidents and, even as he muses, a car crashes into the five riders – with devastating results.

Peter thinks of himself as a tradie. He is actually a builder with management skills. He recounts his life story and explains how the Tragics got together and started bonding. He also helps tell the stories of the other four members of the group. There is the GP Bruce, investment banker Roger, Rachel who is a barrister, and Doug – a psychologist. While successful in their respective professions, each is not without their problems.

Added to the mix is Norman, who is the driver who mowed down the Tragics. His story is told to Peter by Jack – Norman’s brother. It sheds light on Norman’s state of mind and on how the accident came about.

Holding these six stories together is the story of the Tragics before and after the accident. This results in an interesting and complex novel, the characterisation of the individuals spoiled to some extent by the fact that the various stories are told in the same voice regardless of the narrator.

But interesting the stories are. Roger, the highly successful investment banker, gets this from his children: ‘You, Dad, have sucked the air out of the balloon. Everybody just sees you as an ATM. We have never had the motivation. You took everything. You were so bloody good at making money . . . we were just showered with stuff. I know this sounds ungrateful. I know that I have disappointed you.’

Doug reveals that his parents were German immigrants and that his real name is Dieter, which he changed because he was teased at school where they called him Herman the German. But that is not the worst of it; what happened to his parents has affected him in far worse ways.

The stories explore a variety of themes: loss and recovery, conflict of interest, and also the vexed question of revenge.

Rachel finds her workplace increasingly toxic; she says of many of her colleagues that she would avoid them if ‘shipwrecked on an island’ not least because they give more weight to profits than to the clients’ interests.

The stories explore a variety of themes: loss and recovery, conflict of interest, and also the vexed question of revenge. Is the trauma of an accident relieved or exacerbated by exacting revenge? Is forgiveness by the victim psychologically beneficial? Does it help the victim to understand the perpetrator’s point of view?

It’s fun reading a novel about contemporary Australia before COVID-19 struck, even a novel which depicts so much tragedy. Lovers of greater Sydney will recognise some of the places the Tragics cycle to. They may even see something of themselves or their friends in the characters depicted. And they could well meet them again in a TV mini-series for which this novel is an ideal script.