In 'Revenge: A Murder in Three Parts,' Lim vividly evokes the complex way domestic abuse can be so damaging to the less powerful.
Erich Mayer 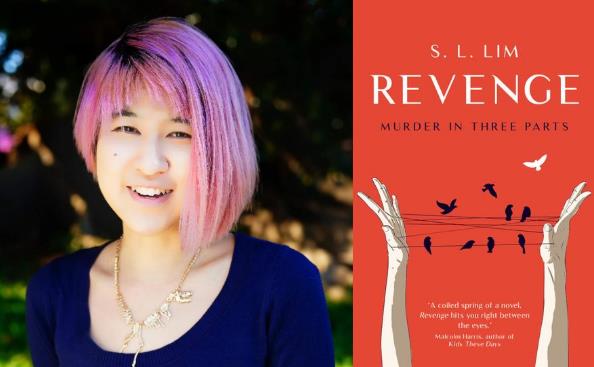 Revenge bears no resemblance to the conventional murder yarn. Rather, it is the story of a woman’s life that is told from her viewpoint. That woman is Yannie, whose elderly maths teacher advises her as a schoolgirl, ‘if you are going to achieve anything, you must get out of this country. There isn’t any future here. I hate to say it about my own homeland but it’s the truth. There isn’t any future for people like us.’

In the first part of the novel, we follow Yannie from her school days to middle-age. She is a highly intelligent person but trapped by the culture, opinions and needs of her parents, who control and dominate her life. Her abusive and self-centred older brother gets to go to university and to study abroad, opportunities which Yannie is denied; she must stay home and support her parents. When her parents die, she finds it difficult to earn a living wage. Yannie’s life is full of unsatisfied desire, further complicated by her sexuality. Same-sex relationships are not accepted on in her homeland, particularly at the start of the book.

As she did in her first novel, Real Differences, Lim portrays her characters with great empathy. With Yannie, the reader shares her thoughts and her feelings and is drawn into her life – not only as an observer but as a participant:

‘Stumbling through life, seeing through a clouded mirror I want to be young again, young in a way that I wasn’t even in my youth. To feel lust and be the object of lust – I want to make objects that are beautiful. They will not be me, though they will contain my essence.’

The second part of the book is devoted to Yannie. She has travelled to Australia, visiting her brother’s family. She observes the lifestyle of an affluent family and enjoys living in comfort in Sydney. The plot advances at a leisurely pace, but at times deploys moments of great drama. It explores the gulf between those with opportunities who have no idea how fortunate they are and those without those opportunities who may not realise the extent to which they are deprived. Not unconnected is the concept of family solidarity: what goes on in the family stays in the family.

After a year and a half, Yannie returns to her home to an unnamed Asian country and resumes some of her previous activities, including teaching English to young people, and reviving an old love affair.  Slowly she drifts into old age unfulfilled.

Lim vividly evokes the complex way domestic abuse can be so damaging on the less powerful – this is the type of abuse that may be undetected even by family members, and condoned by others, and which can be just as harmful as physical attacks.

There are probably few people who make it to a ripe old age without some regrets.

But somehow, strangely and counter to perceived wisdom, Yannie does not regret her revenge, which grew out of resenting how she was treated by her brother and her parents – treatment that deprived her of so much. There is a saying ‘success is the best revenge’ but Yannie’s regrets make it clear she does not see herself as successful.

You will not regret reading this insightful and beautifully written novel (unless you were looking for a happy read to distract you from the virus-induced environment you inhabit). Whether this book alters your feelings about revenge is another matter.