A restless meditation on the nexus between art and relationships.
Gina Fairley 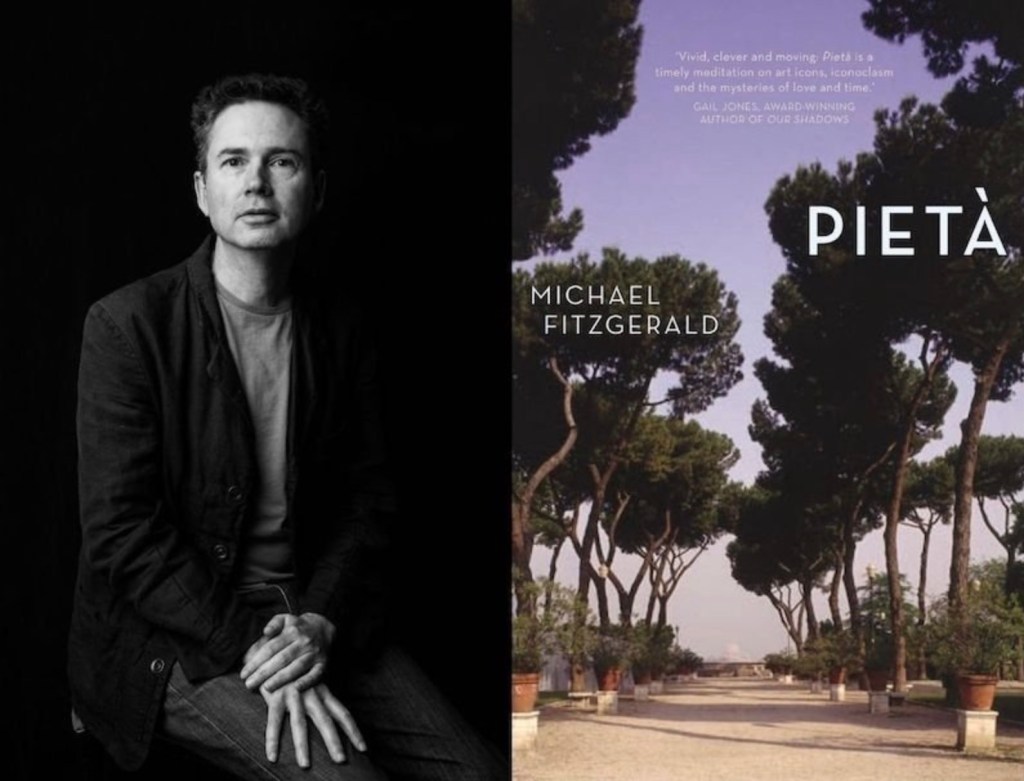 That this review has been slow coming is not a reflection upon its pages, rather the contrary. This is the kind of book that one wants to savour. It’s beautifully worded and appealing for a number of reasons: for its journeys across Europe through the annals of art history as well as for its weaving of family, hope and heart.

It is not surprising that the axis of this book takes its cue then, from Michelangelo’s Pietà, knowing that Fitzgerald has been the editor of Art Monthly Australasia since 2014. Pietà is his second novel.

There are lots of lovely synergies across this book. Michelangelo was just 24 when he created his iconic marble sculpture housed within St Peter’s Basilica, of Mary nestling the body of Jesus after the Crucifixion. This novel’s protagonist, Lucy, is also in her early twenties. She’s an Australian who heads to Paris as a nanny – a familiar path for many finding their way – and yet this is more than a coming-of-age story of self-discovery.

Fitzgerald stages the book in the last gasps of 1999, when we were gripped by the heady surreal doom that the millennium promised with the Y2K bug. Life as we had constructed it felt so tenuous, and Fitzgerald beautifully captures this emotional teetering.

Like Lucy, I too was living an expat life abroad at that cusp in time, in the shadow of Silicon Valley in San Francisco – a period when hopes and optimism were melded with a trepidation that bordered on irrationality.

In Australia, there was hope of the possibility of becoming a republic and seeing a more formal reconciliation unfold. I suppose this is obliquely where these things – Michael Fitzgerald’s two personas – come together in Pietà: an art historian and critic combined with the impulses of a novelist and storyteller.

Lucy is fulfilling her dying mother’s wish – to deliver a small parcel to the Vatican City in Rome. In her earlier years, Jude had been a nun, and was at St Peter’s Basilica when Laszlo Toth, a Hungarian-born Australian, attacked the sculpture with a hammer, breaking off Mary’s left arm and damaging her face. Today Pietà sits behind bullet proof glass – as Lucy experiences – offering a kind of veil to reality.

It is another carefully constructed metaphor to the relationships Fitzgerald creates in his novel – that between mother and child; husband and wife; lover and self, and intimacy once removed.

The chapters are short, driven by diary entries and bounce between 1972 (the year Toth attacked Pietà) and 1999, written across the two voices of Lucy and Jude. It is a style of storytelling that has always appealed to me, and while some find choppy time-travel annoying, it works well for this narrative.

While famous art and classic travel are clearly the cornerstones here, it really is a novel about relationships. Lucy is in search of understanding her own relationship with her mother, as she cares for baby Felix as an au pair.

She also grapples with her swelling homesickness, which emerges through art, with Fitzgerald roaming widely in his narrative. There are songs, the art of Central Australia (where Felix’s mum, Mathilde has travelled to research Aboriginal artist Kumanjayi), as well as an exploration into the concept of care – from marble restorer to manicured garden.

In Fitzgerald’s hands our world seemingly expands and contracts like an accordion, at once familiar and intimate and then pulling back to feel unwieldy and uncontrollable in the same way that emotions can lack a rational pattern.

In short, Pietà is beautifully edited. It is the kind of book that feels expansive for its short 256-pages. Fitzgerald’s knowledge seeps into the pages of this novel with ease, and yet it is not ostracising as a topic for the non-art reader.