In this book, Elvery cements her reputation as an author with a strong command of language, style, and suspense, while also paying tribute to women trailblazers in the field of science.
Rosalind Moran 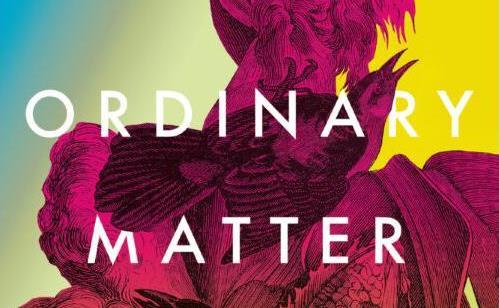 Fans of Laura Elvery’s debut short story collection Trick of the Light would do well to pick up her recently released second collection, Ordinary Matter.

Ordinary Matter contains 20 short stories, one for each woman to win the Nobel Prize to date (Marie Curie is given two stories, having won the prize twice). Some of the stories feature the women in question prominently, as characters, although most link to the women in more abstract ways. The result is a collection of curious vignettes detailing moments in time, often illustrating scenes of emotional poignancy rather than overt action or drama. In this book, Elvery cements her reputation as an author with a strong command of language, style, and suspense, while also paying tribute to women trailblazers in the field of science.

A standout feature of the book is its high-concept premise: it takes the scientific discoveries of largely obscure or forgotten Nobel Prize-winning women as a compelling thematic framework. Elvery is also bold and inventive in the way she writes her stories, with some being historical, others speculative, and several surreal. The book’s strong framework enables what might otherwise appear to be seemingly disparate stories to fit cohesively within the one collection. This variety is refreshing and helps keep the book engaging.

At times the links between the women inspiring the collection and the stories themselves were sometimes so opaque that unearthing them became a challenge. While opacity in itself does not have to be a flaw, it did mar the reading experience, at least for this reader. The book’s marketing implied a stronger and more clearly defined link between the women and the stories, meaning that if one picks up this collection with expectations that the stories will link explicitly to the work and lives of these fascinating women, they will likely be disappointed. However, this mismatch of expectations does not actually reflect on Elvery’s work: the stories presented in the collection are well-written and imaginative.

A standout feature of the book is its high-concept premise: it takes the scientific discoveries of largely obscure or forgotten Nobel Prize-winning women as a compelling thematic framework.

A few of these stories stood out. ‘Something Close To Gold’, a tale of a baby washing up on a beach and later vanishing, is particularly eerie and captivating. ‘Frost’, which features biological chemist Dorothy Crawfoot Hodgkin sitting for a portrait, examines the act of seeing in portraiture in forensic detail. Other notable stories include ‘Little Fly’, ‘Corn Queen’, and ‘Wingspan’, which each feature memorable narrators and moments. Indeed, one of the highlights of this collection is Elvery’s ability to write effectively from a wide variety of different perspectives.

This strength also, ultimately, makes this book difficult to review. The ambitious scope and written flair present in the collection are laudable; however, some of the stories were undeniably more engaging than others, creating jarring moments that frustrated the experience of reading this collection as a whole. Nevertheless, the richness of ideas and emotional depth to the stories mean that while Ordinary Matter may challenge some, it is also the sort of collection that will offer more with every reread – and that’s no ordinary feat.