Cooke’s Robyn Davidson Writers on Writers is a cool, clever look at an elusive and enigmatic presence who illuminates the dark heart of Australian letters.
Vanessa Francesca 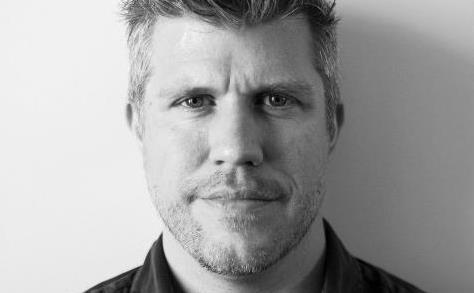 At the heart of Richard Cooke’s contribution to the Black Inc. Writers on Writers series is a woman as enigmatic as the red centre, the spiritual heart of the country where her travels evoke the adventurousness of her 1979 trek from Alice Springs to Western Australia with a dog and two camels. Her intrepid journey across the desert made her a feminist icon, with fans including Sophie Cunningham, Anna Krien and Doris Lessing.

Throughout his tract, Cooke bears in mind that the central figure of his essay is a true bohemian who’s experimented with many different ways of living. Cooke details that Davidson has lived in a squat and in Doris Lessing’s basement, as well as participating at the tail end of Sydney’s Push, a movement of ‘60s era radicals dedicated to the politics, philosophy, and practice of the sexual revolution.

Davidson is perhaps best known outside her work for a tempestuous affair with the British public intellectual Salman Rushdie, who recalls in his memoir Joseph Anton writing on a scrap of paper ‘RA thrills me like no other lover’ in a quotation from the Beatles’ song. This intrepidness in life and love is central to the legend of Davidson as an independent icon, but for someone so sure of her purpose she is less sure that her purpose in life is writing.

Cooke details how Davidson trained as a concert pianist among other activities, and quotes her saying she is unsure whether she is truly a writer. Davidson has been stuck on a memoir she’s been writing for 25 years and her presence in Writers on Writers is of a woman stronger and more urgent than any mere assigned identity, including, for that matter, the identity of womanhood.

Her memoir Tracks critically engages with the identities and circumstances of the indigenous peoples of Central and Western Australia, and is more nuanced in its portrait than the other great travel literature classic of the era, Bruce Chatwin’s The Songlines. If Tracks had been written more recently, it’s possible there would be a concern with cultural appropriation or the reflexivity of a white woman telling complex indigenous stories –Cooke is alive to this danger, and we are richer for Davidson’s act of witness and testament to the strength of independent womanhood.

All three works serve to remind the reader of the still undiscovered country that exists outside urban Australia, and the mystery, seductiveness, and even magic that abide in ancient traditions and the act of bearing witness in a preternaturally modern way.

Cooke’s Robyn Davidson Writers on Writers is a cool, clever look at an elusive and enigmatic presence who illuminates the dark heart of Australian letters (which is the dark heart of Davidson’s own tenderly sketched personal journey as well as the spiritual presence of a region of Australia still more known as a tourist attraction than a spiritual destination.) Davidson’s courage and compassion make her a lasting sage of Australian literature, whether or not she thinks of herself as a working writer.