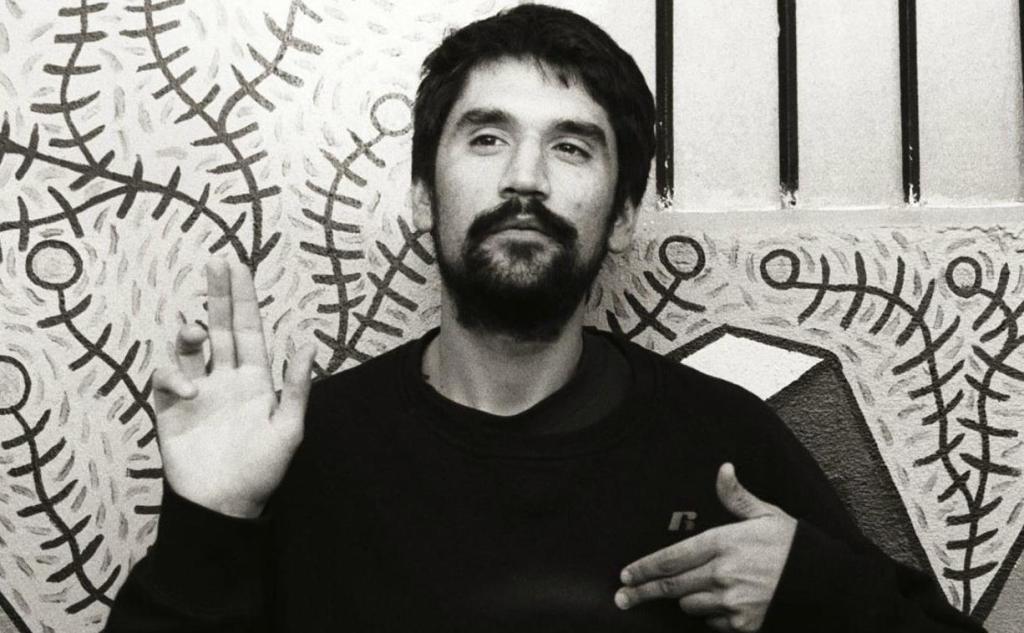 Lloret developed the character while at a self-publishing workshop in Santiago, Chile. From his Author’s Note, Nancy became ‘a forty-year-old woman who wanders through an industrial port city, dying of cancer, almost totally alone… I started to explore the possibilities of Nancy’s existence, which were determined almost entirely by remembrance and her loneliness in an uncertain present.’

Xs replace full stops in Nancy, creating a visual landscape on the page. They illustrate the distances between towns and people in northern Chile and also signify silence, actions and objects. With long car and bus rides between family members and the poverty they endure. Through her harsh upbringing Nancy learns about money early in life, learns about men, through mostly negative experiences.

Black-and-white scans of cancerous tumours are given meaning and a story as they appear to readers, furthering the visual landscapes from a granular landscape into a portrait of life in northern Chile. Lloret is cautious though of romanticising life in rural Atacaman towns and his prose are emotive and personal, leaving the cinematic storytelling to his Xs, which he laid out with the help of editor Francisco Ovando for its original publication in Spanish in 2015.

Lloret was forthcoming about his intentions for Nancy:

‘For all its evocative power, there are limits to the account fiction can give of reality, especially of certain places, communities and subjects. Physical and symbolic violence, precarious lives, poverty, and the rise of Christian denominations, where no state nor any other sense of community exists, are problems to be faced, not to be idealised or framed like picturesque problems of the third world. Reading Nancy is no substitute for justice and dignity in the lives of Chileans.’

Nancy sucks you into a world of characters who live desperately. Its romanticism should outweigh its grittiness as characters experience loss, grapple with faith and religion, sex, crime and family breakdown. Like so much fiction and non-fiction which transports us all over the world and into difficult, lonely and precarious situations, Nancy works at the height of fiction’s power to bring us closer to others.

Nancy was Lloret’s debut novel, published when he was just 25 and to critical acclaim. Published by Giramondo as the sixth part of their Southern Latitudes series, Nancy was translated from Spanish to English by Ellen Jones and edited by Francisco Ovando.