For all its fantastical elements Mammoth is a novel steeped in fact and extensive research.
Jake Dean 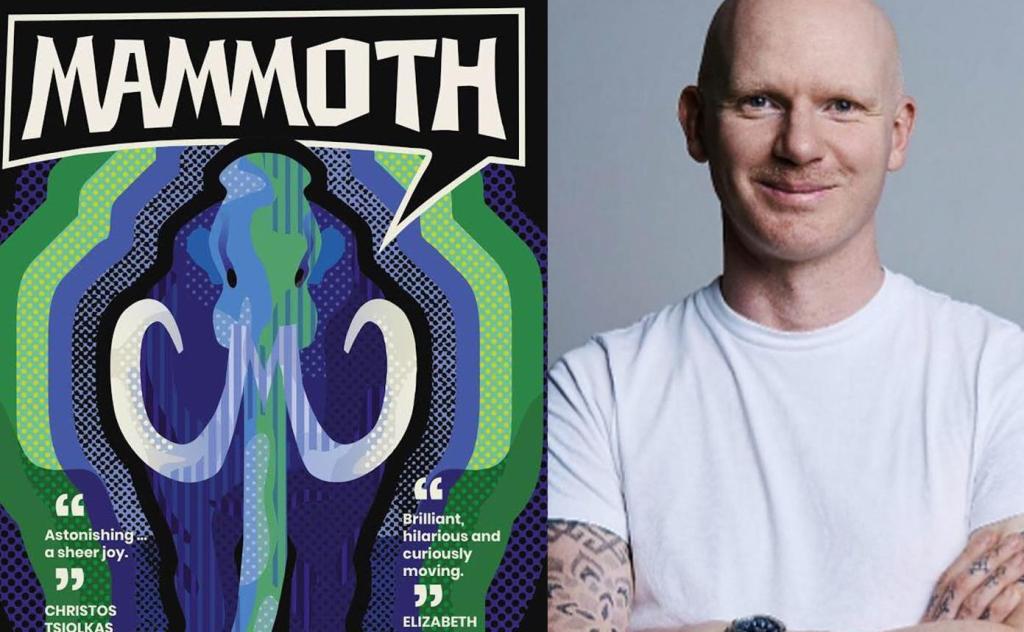 No one would blame the reader for being sceptical when scoping the blurb of Mammoth, a new novel by Phillip Island-based author Chris Flynn.

‘Narrated by a 13,000-year-old extinct mammoth, this is the (mostly) true story of how a collection of prehistoric creatures came to be on sale at a natural history auction in New York in 2007.’

Such a bold premise led this reader to wonder how the author will pull this one off without it being … gimmicky?

The reader is introduced to Mammut the Mamoth – or what’s left of him – in the opening pages. We also learn that bones like Mammut’s were coveted by the likes of United States Founding Father, Thomas Jefferson, who was keen to impress upon Europe the might and grandeur of his young nation.

Ahead of an auction, Mammut attempts to regale a neighbouring fossil, a Tyrannosaurus bataar skull, with tales from life on the steppe and the unearthing of his bones. The premise takes some getting used to.

Not only is the reader grappling with a conversation between two inanimate objects, Flynn’s prehistoric protagonists speak in the style of the period when they were unearthed, so Mammut’s exalted turn-of-the-nineteenth-century speech contrasts with that of ‘T’, who speaks in 1990s slang gleaned from Floridian warehouse workers.

Thankfully, you quickly acclimatise to their jibe-filled banter and it’s a credit to Flynn that he’s able to inject so much depth into these unorthodox characters through dialogue (they’re soon joined by a pterodactyl, a prehistoric penguin and an Egyptian mummy’s hand, each with their own quirks and flaws).

Occasionally, he overreaches with one too many gags that doesn’t quite land. Nonetheless, these auction house exchanges bring much-needed light to the book’s heavier themes, which include species loss, climate change, racism and the incomprehensible destruction and cruelty wrought by humanity (the colonising type, mainly).

Mammut is a brilliant orator (perhaps prone to bouts of exaggeration) when recalling his exploits or conversing with his fossil friends, but Flynn never lets the reader tire of him. The way Flynn jumps from the auction house, to moments throughout history, tracing Mammut’s journey, and then back again, both propels the narrative and allows you to gather your thoughts before you jump to another place and time – say Napoleonic France, Nazi Germany, the Kentucky wilderness or a Guinness brewery – or even genre (from Lion King-esque battles on the steppe, to heist film hijinks).

The humans (or ‘hominids’) we meet along the way, and their relationships with one another, are similarly imbued with heart. The tension and warmth between American artist and museum keeper Rembrandt Peale, his friend Moses Williams – an African-American artist (and a former slave of Rembrandt’s father) – and Irish rebel Caoimhe O’Neill, in particular, are arresting. Caoimhe and her brother Conchobhar’s chemistry, tenderness, longing for home and booze-soaked scheming, reminiscent of Patrick DeWitt’s The Sisters Brothers, is another highlight.

For all its fantastical elements, this is a novel steeped in fact and extensive research. All of the book’s humans are actual historical personages, except for the Irish siblings (which might explain why Caoimhe’s tale becomes a little too unbelievable). Combined with the novel’s natural history, what you learn and how your perception of our world might change is worth the price of admission alone.

This is a thought-provoking, funny and stunningly inventive book that’ll take you to the edge of despair, but ultimately – depending on how full your glass is – offer some hope that we can bring this doomed ship we call Earth around.

Jake Dean is a writer and surfer from South Australia. His nonfiction has appeared in The Guardian, The Saturday Paper, Crikey and others, and he also writes fiction that mostly inhabits his desk drawer (where it belongs). More of his work appears at jake-dean.com and he tweets at @JakeJDean.