A magnificent celebration of Ian North’s rich and diverse artistic life.
Dr Diana Carroll
[This is archived content and may not display in the originally intended format.] 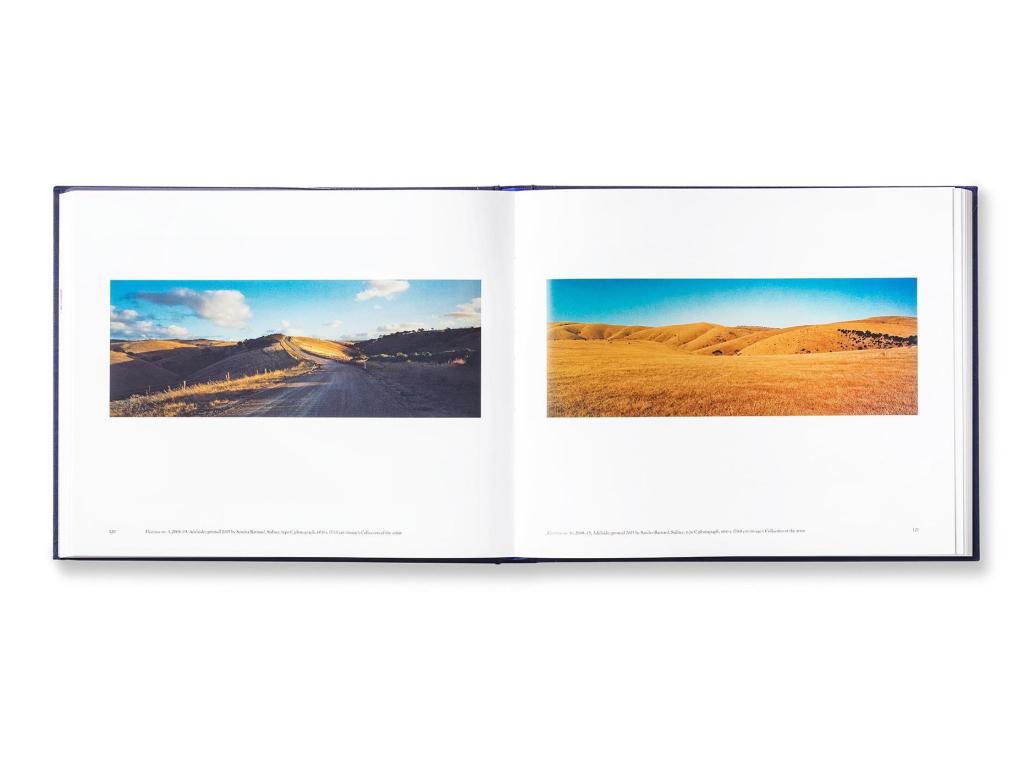 Ian North – curator, academic, artist, and writer – is rightly honoured as an Australian living treasure in this magnificent new book from the Art Gallery of South Australia (AGSA).  And the native New Zealander is indeed an adopted Adelaidean, much loved by the city where he has lived and worked for many years.

This beautiful new large-format hardback Ian North: art/work/words traces his successful and multi-faceted career with essays by twelve expert authors, including Daniel Thomas, Joanna Mendelssohn, Pedro de Almeida, and Helen Ennis.  Afterword: Ian North was here, by North’s childhood friend and fellow arts practitioner Lloyd Jones, is particularly engaging. The book is edited skilfully and sensitively by Maria Zagala, Associate Curator of Prints and Photographs at AGSA, who acknowledges ‘the self-deprecating assistance of North himself’.  Four of North’s own earlier essays are also included in the ‘words’ section.

Taken together, the book gives a substantive overview of North’s wide-ranging career, highlighting his significant body of work in photography from the 1970s to the present day, and his contribution to museum practice through posts as Curator of Paintings at AGSA (1971-80) and Foundation Curator of Photography at the National Gallery of Australia (1980-84). He began his career in New Zealand as Director of the Manawatu Art Gallery, in Aotearoa, before migrating to Australia to take up the position at AGSA.  North has also influenced many other arts practitioners through his involvement with the SA School of Art (SASA) and the University of Adelaide. It was his foresight that established the College Gallery at SASA that later became the important Samstag Museum of Art in Adelaide.  In 2014 he was awarded a Medal of the Order of Australia (AM) and a Doctor of Arts honoris causa from the University of Adelaide.

It was in Adelaide that he established his reputation as an adventurous curator who embraced contemporary art. His acquisition of Duane Hanson’s Woman with a laundry basket showed bold judgement. That piece still delights Gallery visitors today. He also commissioned an outdoor sculpture by Donald Judd that is a remarkable example of American Minimalism. The transcript of a conversation between North and Judd, recorded at the Gallery in 1974, gives some fascinating insights into Judd’s work and creative process. Later in life, North campaigned strongly for the establishment of a dedicated contemporary art museum in Adelaide.

Now in his seventies, North has been making art for over six decades. His arts practice is primarily photographic, although he is also recognised as a painter of some considerable note. North discovered photography as a youngster when he received a medium format camera as a gift when he was 12; not long after that he stumbled upon JMW Turner’s work in the local library and became enthralled with paintings and landscapes. In 2005 he was a finalist in the prestigious Archibald Prize with a portrait of Daniel Thomas, then Curator and Director of AGSA.

Ideas of landscape and identity have always been recurring themes in North’s work. Skies and streetscapes feature prominently, finding a romanticism in the everyday world and making connections between nature and the built environment. His work seems to capture the feeling of the moment, often hinting at something unsettling but yet unseen. Are these underlying threats environmental, social, cultural…perhaps that’s for the viewer to decide.

North has exhibited widely in Australia and overseas and is represented in numerous leading public art collections. His publications include books on the Australian modernists Dorrit Black and Margaret Preston and essays on the impact of the Indigenous art revolution, some of which are reprinted here. He was twice been awarded art book of the year prizes.

Ian North spoke recently at a function at the Radford Auditorium in Adelaide to honour another local  arts identity, the late Donald Brook, who died late last year. North displayed his characteristic charm and generosity of spirit and was clearly well-liked and much-admired by the attending arts fraternity.

Writing in the introduction, Maria Zagala says the book ‘is akin to Festschrift – the German word for a collection of essays published in honour of an individual who has made an important mark on their field.’ And so it is, and a worthy honour too. The essays are intelligent and considered and the reproduction of the artworks is of exemplary quality.

Ian North: art/work/words is a superb publication and well worth the $80 cover price.  It is available to purchase online and at the Gallery Store. Buy it for yourself or as an impressive gift for an art lover.