Edited by Benjamin Law, this collection of over 50 voices offers solace for all those who knew the graze of safety in silence.
Anna Westbrook 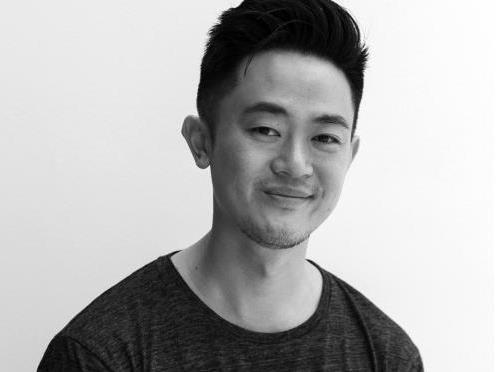 ‘In silence was a rough kind of safety.’ In his essay ‘Caritas’ featured in the new anthology Growing Up Queer in Australia, Jack Kirne shares a sentiment felt by generations of LGBTQIA+ people. Silence, abrasive as sandpaper, wears away the resistance of its subjects, shuts down and disavows. Silence, a bitter ‘safety’, has been contingently preferable to the consequences of vocalising what, until very recently, has been unspeakable.

I was born in the mid-1980s on Sydney’s eastern beaches, spitting distance from the Bondi to Bronte cliff-walk that around the time witnessed many men gay-bashed and sometimes pushed to their deaths, allegedly by gangs of teenagers. Viciously unsurprising; the sun-bleached, tangle-haired surfers with whom I grew up sprinkled ‘f—-t’ into conversation like chicken salt on hot chips. Hearing that f-word made me prickle and blush, because I knew I was one – the girl version – living in possibility’s outer-reaches yet simultaneously not visibly existing: Schrödinger’s baby-dyke. Sue-Anne Post tells us in her story that when girls in her high school hallways ‘hissed the word “lesbian” at me and I foolishly asked my mother what it meant because I couldn’t find it in a dictionary. She slapped me and told me to never use that word again.’

In kinship with Law, I was also an avid 90s SBS viewer and library scrounger for queer semaphore. Ravenous and unsatisfied with silence, I knew all too well, as he puts it, that ‘any scrap of queer connection or recognition was a hard thing to come by.’ For that reason, Growing Up Queer in Australia is as much for so-called ‘grown-up’ queers as it is for those of us emerging. These categories are not discrete. We are all seeking mirrors, and growing up doesn’t necessarily adhere to a schedule. Oliver Reeson writes ‘In queerness, growing up isn’t confined to childhood. The gift of being queer is in the close contact it gives you with the nature of identity, the great many possibilities of becoming and for telling stories.’

Here, the storytelling is shot through with veins of shame and fear. Mike Mullins recalls that ‘the playground was a place of torture’; Tim Sinclair writes of ‘fear embedded so deeply it felt natural’; and Thinesh Thillainadarajah writes, ‘There was silence, and in that silence it became clear that private tolerance – even private acceptance – was still public shame’.

As Australians remove the stitches and apply topical cream to the scars of the 2017 marriage equality ‘debate’, many of the essayists ventilate its personal toll. Joo-Inn Chew summates, ‘I realise I was dreading a kick in the guts from the entire nation.’ Evident is the generosity and forgiveness dipped in tears, from those whose dignity was up for adjudication by that wall of ‘quiet Australians’ and their thoroughly unquiet, pernicious media mouthpieces. Sally Rugg explains the enormous burden put upon queer people to ‘open up the most intimate parts of ourselves and our lives and our families, in order to appeal to the majority… In the desperate hope they’ll see their humanity reflected in ours.’ The reservoir of resilience that the contributors draw from is considerable.

Jax Jacki Brown writes movingly about queerness and disability and the hurtful imbricated analogies: ‘Healing from all the shame that was placed on me and my body by all the doctors and therapists who treated me as fundamentally “wrong” and needing to be “fixed”, who tried to push me closer to some elusive idea of “normal”, to unbend me, make me straighter.’ Phoebe Hart writes about intersex experience with capacious insight: ‘I still struggle sometimes to accept that I’ll never be normal, whatever the hell “normal” means.’

The social preoccupation with normalcy, that stifling colonial hangover, is observable in splatter-effect: Anthony Nocera, Christos Tsiolkas, and Henry von Doussa detail different experiences of deviance from hegemonic masculinity, and Beau Kondos relates his despair – ‘I figured that if I felt like scum whenever they used that word on me, I must be scum… If I had copped a larger helping, it could’ve potentially led to suicide.’ Writers address the ghosts they bear with them, of friends and lovers lost to suicide, drug overdoses, murders, and the AIDS epidemic. And also, the psychic trauma of ostracism. Nayuka Gorrie elaborates in her acutely felt story: ‘There were queers in my family, of course, but typically they removed themselves. There was never outright rejection, just whispers and insinuations. I don’t blame them for separating themselves from the extended family – us queers have to protect ourselves. But for black people… this is a kind of death, a part of the soul cauterised to protect the rest.’

Contributors express the chafe of categorical restrictions, definitional inadequacies, erasures, and their rejection of binaries. Bi or pansexual, trans, non-binary, and gender diverse stories feature paramount, not as an afterthought. Some writers vent their frustration at intramural policing of the LGBTQIA+ acronym, and their anxiety at not being (pick a letter) enough. Others ruminate on how to integrate their queerness with their cultural identities. Often, I put Growing Up Queer in Australia down to ugly-cry, but also to laugh, smacked right on the elbow of empathy or self-recognition. Particular sentences gleam jewel-bright with an Australianness that’s growing up, too, and no longer cringing at itself. Like M’ck McKeague’s ‘When I moved to Brisbane from Rockhampton as a seventeen-year-old, I was a bottle of Passion Pop that had been shaken too long and too hard.’ Or Justine Hyde’s ‘No one I know is queer. They must all live in the city, gathered by the coastline like shorebirds; winged creatures.’ Or Alice Boyle’s ‘My queerness was born in a hot dry land that was never ceded.’

Those surfers from my youth are likely reflecting on their past words and actions, raising their own children now on the same beaches. There is an out lesbian in the Australian Senate and not just in a hypothetical physics experiment. ‘Caritas’ is a Latin word that means love for all. Growing Up Queer in Australia is unapologetic; a defiant document. For the many who knew the graze of safety in silence, the rock or the hard place, you will find solace here. And for those growing, at whatever stage of the journey, in the words of Rebecca Shaw, ‘your world might seem small now, but your people are out there waiting… You’re part of something special; get here as quick as you can.’