Book Review: From Where I Fell by Susan Johnson

Susan Johnson's latest title is a funny and moving story with references aplenty to falling, transplantation and migration.
Amy Walters 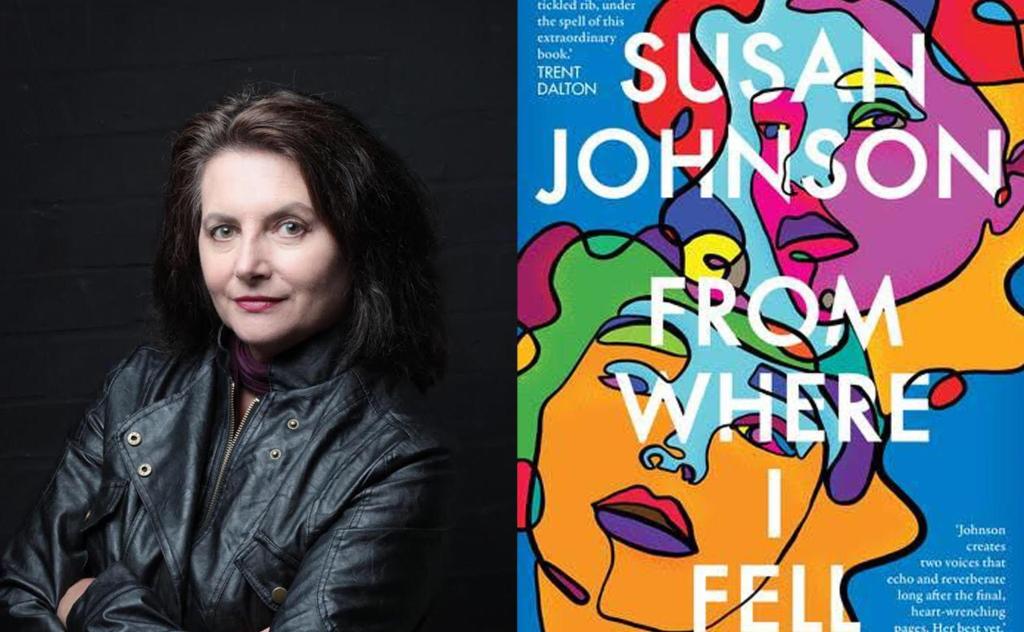 Susan Johnson’s ninth novel is a modern update to the epistolary format (a novel written as a series of documents), which was popularised in the eighteenth century. After Pamela Robinson, a divorced librarian living in Sydney, accidentally emails Chrisanthi, a teacher in New York state, instead of her ex-husband, who is also named Chris, a moving exchange of confidences is established.

This format has the potential to be highly artificial, but Johnson carries it off successfully – perhaps because, as she has recounted in recent interviews, the same thing happened to her a number of years ago. She also incorporates a sly nod to the origins of the genre: Pamela’s name is a reference to the 1740 epistolary novel of the same name by Samuel Richardson. Chrisanthi has Greek heritage but to my mind her name doubles as an allusion to the flower chrysanthemum, which symbolises friendship.

‘ A modern update to the epistolary format … Johnson carries it off successfully.’

This novel covers similar emotional terrain to that of Johnson’s previous novel The Landing, in which a bunch of mismatched characters have to navigate the unforeseen personal crises that have led them to wash up together at the same coastal peninsula.

In From Where I Fell, too, there are references aplenty to falling, transplantation and migration. Pamela has returned to Australia from France with her three school-aged sons after divorcing her husband, a drastic life choice that she is not sure she should have made, while Chrisanthi teaches English to Syrian refugees and embarks on an uncertain trip to Greece with her elderly mother.

We are often confronted with the criticism that we are selling ourselves out to technology, even as it becomes more and more ingratiated into our daily lives. There are many humorous scenes in which Pamela has to negotiate her children’s internet use in order to spend quality time with them, but for Pamela and Chrisanthi it turns out to be a lifeline – albeit one they did not realise they needed until it arrived. The email that went off-piste seems like a divine intervention, and is a clever play on the perennial existential question we all face in times of isolation or extreme doubt: does anyone really care?

Fortunately for Pamela, it turns out there is someone willing to take her on. Her highly emotional dispatches about the chaos of her domestic life are more than matched by Chrisanthi’s level-headed, occasionally brutal responses, and together they alleviate the pressure of the domestic load and unofficial caring roles that their societies insist women take on. There are plenty of recognisable descriptions and witty asides about contemporary suburban life (keep an eye out for the Astroturf reference), but occasionally the language can become a bit strained and overwrought.

‘A clever play on the perennial existential question we all face in times of isolation or extreme doubt: does anyone really care?’

Nevertheless, From Where I Fell is a funny and moving story that really shows life is, in the words of Pamela, ‘One long endless lesson in loss and renewal – one ceaseless cycle of birth and decay and rebirth again – one giant process of fuck-ups and fresh dawns.’ And it is all worth celebrating.

From Where I Fell by Susan Johnson