While we struggle with COVID and global warming narratives, Fire Flood Plague offers news perspectives on what has happened to the world around us.
James Arbuthnott 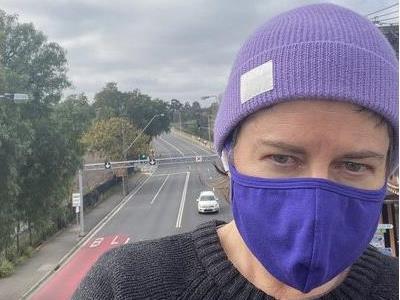 From August 2019, Australia’s bushfire season began. Eighty fires burned in Queensland and 60 in New South Wales. By December, Sydney was covered in smoke and by January 2020, Canberra recorded the worst air quality on the planet. An estimated three billion animals were killed in the fires, while Prime Minister Scott Morrison was caught on an unannounced holiday in Hawaii with his family.

It’s the beginning of a harrowing timeline by Sophie Cunningham, editor of Fire Flood Plague, which details accounts of the global shutdown due to COVID and what happened to the Australian landscape and its people – from writers both home and abroad, immigrants, First Nations peoples, scientists and artists.

Lenore Taylor, editor at Guardian Australia, explains how the plague induced sky-high readership, demand and competition for eyeballs which led to the ‘liquefaction’ of fact-based reporting across politics, climate science, vaccinations and COVID in the USA. But Taylor says that Australians are mostly in line with the science regarding the virus and that politicians have for the most part taken this seriously, although the battle between subjectivity and truth is ongoing.

Climate scientist and author of Sunburnt Country, Dr Joëlle Gergis, says that a scientific explanation isn’t the only thing we need, as emotional responses to global warming can be more difficult to come to terms with.

‘As a climate scientist at this troubled time in human history, my hope is that the life force of our Earth can hang on. That the personal and the collective awakening we need to safeguard our planet arrives before even more is lost. That our hearts will lead us back to our shared humanity, strengthening our resolve to save ourselves and our imperilled world,’ Gergis writes.

First Nations communities have dealt with the plague differently to the West and its toilet paper wars in which ‘Freud would have had a field day’, as virus-borne intruders are remembered in their history, says Goori author Melissa Lucashenko. She tells how many Aboriginal communities all over Australia reacted quickly to the virus and locked themselves down early to isolate and live off the land.

Fire Flood Plague may be too soon for some and it cannot be expected that everyone will want to read a book on climate change and the virus, as many still struggle to take our minds off it. Some may not want to recount what happened between December 2019 and now, or to look back on history. But many may want to better understand what has happened and to discover new narratives from other Australians who endured the events described in this book.