Book Review: Everything Harder than Everyone Else by Jenny Valentish

Pushing oneself to the edge of extremity.
Vicki Renner 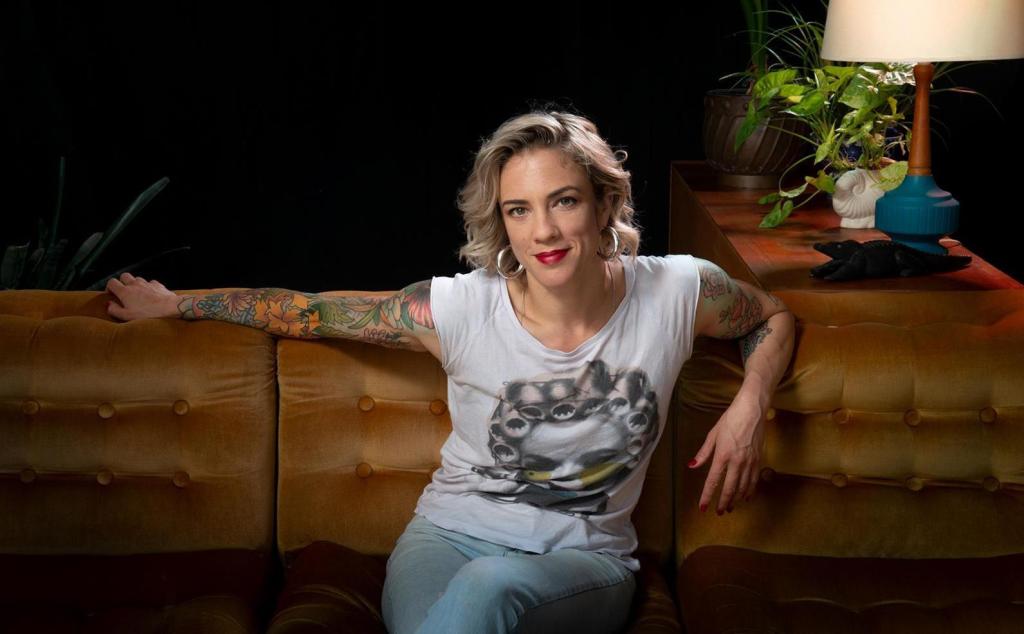 Jenny Valentish in a rare moment of relaxation when she’s not pushing the limits of physical endurance. Photo credit: Diana Domonkos.

With Louis Theroux-like curiosity, non-judgment and affection for those she interviews, Valentish explores why some people push themselves and their bodies harder than anyone else. (And yes, that title is calling up drums and guitars; Everything Louder Than Everything Else is an old Meat Loaf album.) After she finished writing Woman of Substances, Valentish needed a new project. She also needed a new purpose, as she explains in the final chapter of her new book. Like her interviewees – and herself after her big Muay Thai matches – the dopamine high of success and overcoming obstacles left her floundering in its wake.

Valentish’s writing goes to the heart – and guts and head – of how pain, trauma, abuse and childhood loss of control can drive people to put their bodies to the ultimate tests. Everything Harder Than Everyone Else is at times jaw-dropping and full of excruciating detail, at times moving and full of insight. Throughout, Valentish brings us into her personal orbit as she throws herself into punishing Muay Thai training and matches, trading one addiction for another, charting the course of its highs and lows. She puts her body on the line because, like many of her interviewees, she experienced childhood trauma and abuse. As strength and training coach Karen says, ‘I think we are born with perseverance but trauma brings it into focus’.

Listen: Taking art and life to extremes with Jenny Valentish

For some, this book will stir recognition and maybe inspiration. For others, it will be a revelation into what drives people to endure beyond what most would consider safe or comfortable. For some, it will induce the odd gag reflex or pearl clutch in response to stories such as the neuroscientist who discovered it’s easier to be a cannibal in suburban Melbourne than in Papua New Guinea, or the designer who courts dopamine highs through flesh-hooking, or the dominant who pushes people to the edge to ‘flirt with death to feel more alive’.

Through her honest, no-holds-barred writing, Valentish treats her interviewees with empathy, fairness and journalistic distance, while also allowing us into their inner lives. Most are seeking something to make them feel, something to stop them feeling, something to validate or prove themselves against, or something to shift their attention from their psychological pain. Everything Harder Than Everyone Else doesn’t just explore what compels some people to push themselves; it also shines a light on how childhood trauma, loss, pain, abuse or inconsistent parenting continue to have an impact years later.

This is not not an easy ride at times; it’s a transformative book, both for the reader and for Valentish herself. ‘But pressure-testing also feels fortifying and character-building, and that paradox has been explored by almost everyone I interviewed for this book,’ Valentish reveals on the last page of this gripping book.