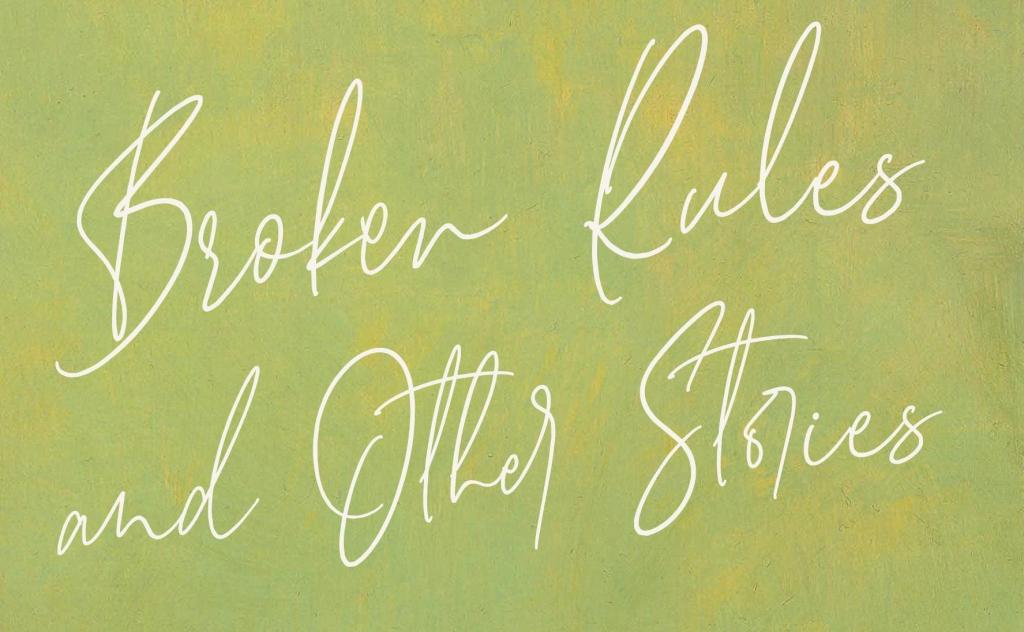 Broken Rules and Other Stories, consists of 17 short stories with an underlying theme of wistful longing. Much of this is expressed through the eyes of gay boys or men, occasionally with a degree of detail some readers might find excessive, but always with great sensitivity.

Even with this warning in mind, Barry Lee Thompson’s prose is worthy of favourable comment. Witness this passage from the short story, ‘Hot Spell’:

‘The rusty car rattles west, along the highway that bisects the derelict industrial sites before dipping down to the shipyards. On either side of the road, shells of buildings crouch, shrouded in climbing weeds and decades of graffiti. The evening is thick: windless and lazy, the sun at first hanging full and ripe, an orange orb over the docks, then falling away as they reach the bridge, so that the floodlights in the yards pick out the high wire fences enclosing gigantic machines shifting shipping containers in a graceful choreography.’

The quality of prose is one thing, but Thompson’s subject matter is also of interest; these stories focus on relationships, and many of the stories feature compliant fathers or sons somewhat at odds with mothers who behave in unfortunate ways. As the narrator of  ‘It was Called Cassidy’s’ puts it, he and his mother ‘moved through the house like an old and rather unhappily married couple talking in non sequiturs, which is worse than arguing. We led completely separate lives. It’s how I wanted it at the time but now I wonder if she was disappointed with the hand she’d been dealt.’

The story ‘So Much Lemonade’ manages in a mere 14 pages to create a nuanced portrait of a family of four: a hen-pecked father, a cantankerous mother, a rebellious teen-aged daughter and a much younger son. They drive to a picnic spot remembered with pleasure by the father, and their minor interactions tell the story of their lives. If a picture is worth a thousand words, this snapshot is such a picture.

‘Gray’ is a touching story of a male sex worker’s kindness and consideration towards his client – an old man who can barely afford to pay for sexual services. This is the sort of story that make you feel good about humanity but sad about impecunious old age.

One of the longer stories is ‘Angel’. It features a man, Angel, who is sexually aroused when his slight deformities are caressed by another man. Anyone who has had the good fortune, or misfortune to stay a few days in an old-fashioned third-class hotel will recognise, perhaps with a touch of nostalgia, the one in which Angel has sex with a new friend picked up on the street.

This collection throws light on a particular type of sexual behaviour, but it is more than this; the stories evoke and examine the subtle interactions of people who find themselves in situations mostly outside their control.