Arms and the Man

Arms and the Man has been splendidly revived by the STC, in no small part due to the strength and wit of its two leads.
Glen Falkenstein
[This is archived content and may not display in the originally intended format.] 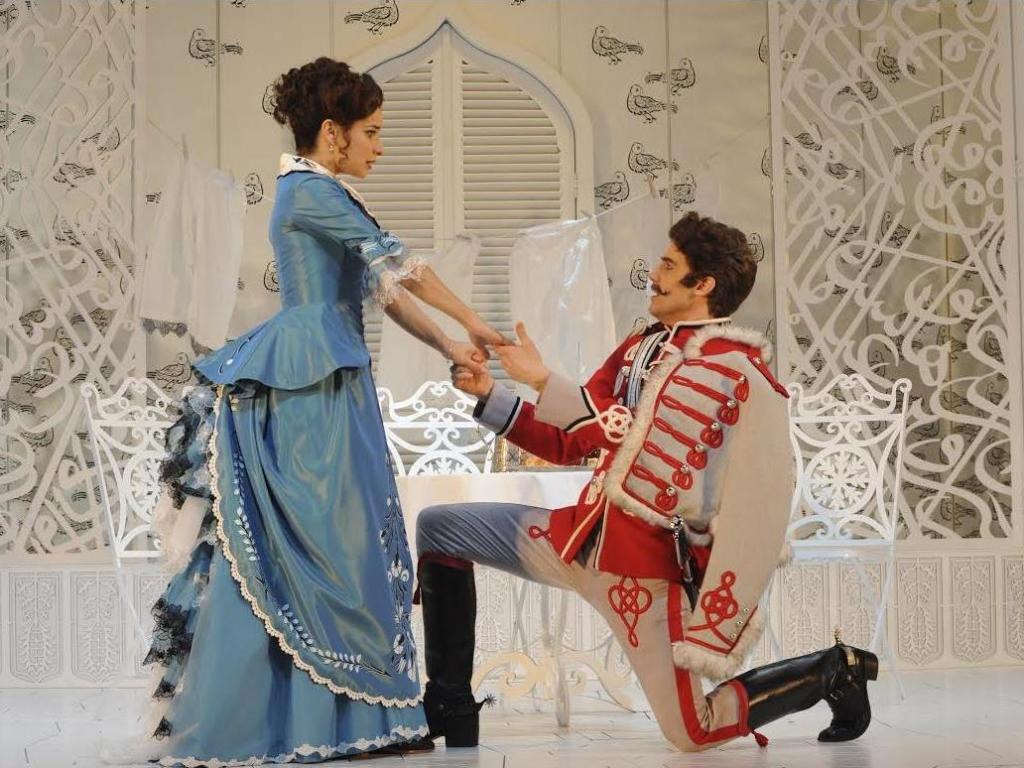 A charmingly irreverent comedy, George Bernard Shaw’s classic Arms and the Man has been splendidly revived by the Sydney Theatre Company, in no small part due to the strength and wit of its two leads.

Romantic idealist Raina Petkoff (Andrea Demetriades from Crownies) wiles away the nights in her bedroom, waiting for her outwardly indubitable fiancée Sergius (Charlie Cousins) to return to Bulgaria from the battlefield. In a quixotic turn of events, Swiss mercenary Captain Bluntschil (Michael Butel), clambers up Raina’s house and into her bedroom. Raina hides the mysterious and thoroughly charming soldier, feeding him chocolate and seeing him on his way, only to be reunited with both Bluntschil and her fiancée following the war’s end.

Butel’s jocularly whimsical soldier is the highlight of the immensely humorous production. Commanding the audience’s attention and most of the laughs whenever he is on stage, Butel masters a Figaro-style role in which he runs rings around the other characters, including the hapless, shallow, falsely heroic Sergius played with aplomb by Cousins.

Having starred as Eliza Doolittle in STC’s 2012 production of Pygmalion, Demetriades pulls off the humour-filled role of Raina as well as she did Shaw’s more dramatic creation three years ago. Fancifully fun as the young romantic caught up in the middle of the triangle, Demetriades carries the scenes involving her and the supporting cast, but no sequence in the production is a match for when she and Butel have the chance to play off each other.

A few awkward gaffes in the staging, including a fumbled candle-lighting, were nicely rescued by the consistent humour and timing of the experienced cast. The love triangle encompassing most of the action, the secondary storylines, namely a romantic sub-plot involving the household staff, are not nearly as entertaining or fulfilling as the main story. This sort of sub-thread a traditional element of Shaw’s plays and clearly an aspect of the author’s then-contemporary social commentary [much better expressed in any number of plays including Pygmalion], the subsidiary strands of Arms and the Man are a distraction and barely consequential for its much more enjoyable central plot.

A teasingly fun play, Shaw’s famous satire, cleverly expressed by the cast, lives on in this latest production due to the practiced and palpable talent of its leads.

Arms and the Man