Handsome and well-directed, but only repays eleven pence in the shilling.
Glenn Saunders
[This is archived content and may not display in the originally intended format.] 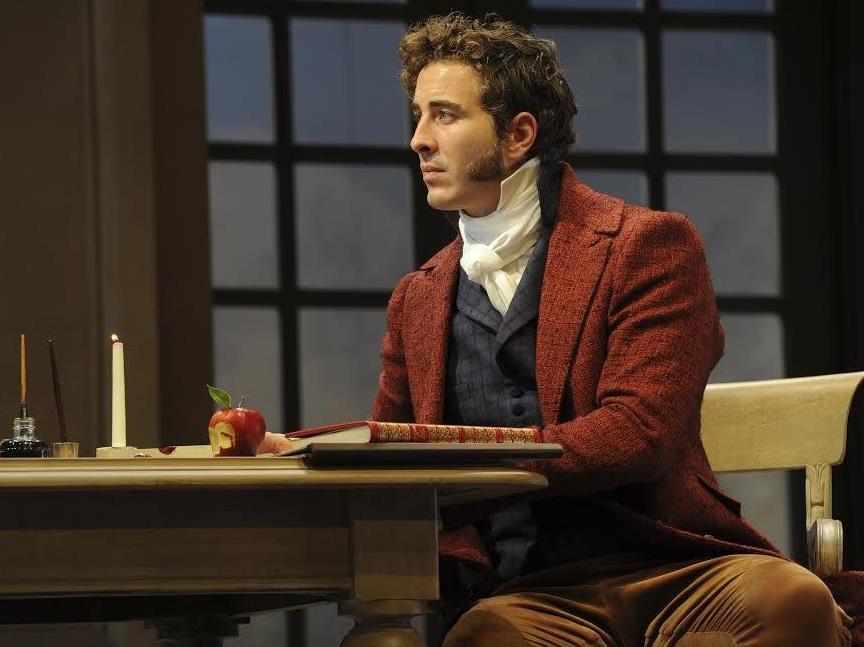 Known for his wit and wordplay as much as his intellectual rigour and density, Tom Stoppard’s plays are a marriage of big ideas, drama, and the occasional gimmick, but they never fail to dazzle in one way or another. Arcadia, written in 1993, is without a doubt Stoppard’s most perfectly constructed play. Described by Stoppard himself as ‘all sex and love and romance and jokes,’ Arcadia is at once fiercely intellectual (as is typical for Stoppard), but it also has a strong emotional counterweight, and manages to combine both of these – through the constant juxtaposition of two time periods, two-hundred-odd years apart – with flair, wit, lightness and, ultimately, poignancy.

Presented here by Sydney Theatre Company, Richard Cottrell’s Arcadia is handsome and well-directed but, like Mr Noakes’ improved Newcomen steam engine, it doesn’t quite reflect the sum of the energy and care that has gone into it, and ‘repays eleven pence in the shilling.’

Stoppard’s play revolves around a singular theatrical conceit – the action unfolds in the same room of the same house, albeit in two different periods separated by two-hundred-years. Michael Scott-Mitchell’s set is handsomely designed, based on a stately English home from the eighteenth century, but is perhaps a little too solid for the deftness of Stoppard’s play. Julie Lynch’s costumes might seem garish, but they invigorate a time period we usually think of as being rather formal and restrained, and contrast nicely with the simplicity of the modern-day costumes. Damien Cooper’s lighting suits the tone and mood of the play, of the design, and doesn’t intrude, while Steve Francis’ sound design is perhaps a little too quiet, the gunshots that shatter the arcadian bliss sound more like distant firecrackers at a neighbourhood birthday party.

Grounded within the early nineteenth century, Arcadia pits Romanticism against Classicism, chaos against order, randomness against precision, feeling against thinking. But as is always the case with Stoppard, it is more than simply a dichotomy: it is about the entropic ‘noise’ that disrupts the melody of life and makes it difficult to pick out the tune, makes it hard to see the wood for the trees so to speak. This not only has ramifications for Bernard, Hannah, Chloë and Valentine in the present-day, but for Thomasina, Septimus, Lord and Lady Chater, Lady Croom, Captain Bryce in 1809. It is this ‘noise’ – the disruption to clarity – which Stoppard thrives upon in Arcadia, and which makes the play so enjoyable: seeing people come close to each other, to the truth, but ultimately passing, just missing each other, like ships in the night, due to lack of information, stubbornness, arrogance, lust, shyness.

Cottrell’s cast make handsome work of Stoppard’s denser passages, but the nerves of opening night – of not being fully comfortable with the text and its rhythms – might have prevented the clarity from fully coming across. Georgia Flood’s Thomasina is suitably naive and precocious but never infuriating, while Ryan Corr – as her tutor Septimus – is charming and witty, cleverly ducking metaphorical bullets with his honeyed tongue. There’s a lightness and a spark to Andrea Demetriades’s Hannah, an author and researcher in the present day, that makes her more than a capable match for Josh McConville’s arrogant-and-far-too-smug Bernard; if anything, McConville’s Nightingale does not sing sweetly enough, but rather gets caught up in the academic’s self-importance to the detriment of the text. Michael Sheasby makes light work of Valentine’s speeches explaining chaos theory, noise, entropy, and the shortcomings of the mathematical expression of the 1800s, which prevented Thomasina from accurately enunciating her discoveries. The rest of Cottrell’s cast acquit themselves with aplomb, but it all seems a little too blustery, a little too heavy for the play’s setting, its language, arguments, and eventual outcome.

And this is the thing with Cottrell’s Arcadia – it’s not a bad production by any estimation; it is quite handsome in many respects, and it certainly hits all the beats, all the right notes in the right order. It also makes an admirable amount of light of the ‘heavy’ intellectual debate – about mathematics, chaos theory, entropy, fractals, Byron, dahlias, and the significance contained within a spoonful of jam in a rice-pudding. But it lacks the heart, the lightness – the fizz – that will keep everything bubbling along, and make this production truly waltz. By the end of Act Two, the weight of the intellectual argument becomes noticeable, a little too much, and the cast can feel it too, but I don’t really think it’s any one person’s fault or because of any one reason either.

Arcadia is a phenomenally intellectual play (second, perhaps, only to Hapgood among Stoppard’s oeuvre) – in many ways, it is the theatrical equivalent of an iterated algorithm, with each new discovery being the starting point for another one in turn. But while, as in many of Stoppard’s works, the density of the language and intellectual rigour is deliberate, it should never truly impact upon its playing. In Arcadia – as in Travesties (which Cottrell also directed for STC in 2009) – the weight lies in the wordplay and the wordiness of the script; the lightness comes in the playing, the way the cast make it look effortless, more natural than breathing. Yet for all the hits and points Cottrell and his cast and crew score in period detail and making sense of the entropic ‘noise,’ I don’t think this production is quite there yet.

Glenn Saunders is a Sydney-based freelance theatre-critic, dramaturg and writer. He frequently visits Sydney’s diverse theatres and writes about what he sees at thespellofwakinghours.blogspot.com.