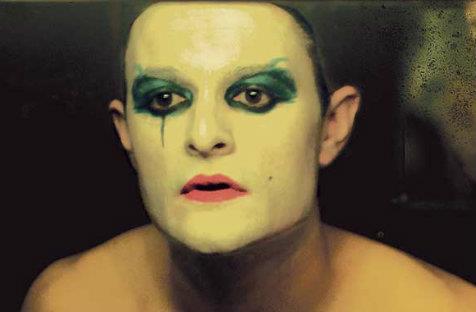 The Variety Gala Performance is one of the hottest tickets at the Adelaide Cabaret Festival. This year two gala performances were scheduled to meet the demand, and it is easy to see why; over 15 world-class cabaret performers from Australia and overseas perform a selection of their work on the one stage in an evening of non-stop quality entertainment. It is the perfect way to discover newer talent, appreciate familiar stars, and experience different musical styles and performance genres.

The highlight of the evening was the surprise appearance of festival headliner, the diminutive Tony and Emmy award-winning Broadway star Kristin Chenoweth. Her performance of ‘The Girl in 14G’, a stand-alone song written by Jeanine Tesori (Thorougly Modern Millie) especially for Chenoweth, exquisitely demonstrated her dramatic and vocal capabilities.

1980’s film icon Molly Ringwald, who has performed on Broadway in cabaret, demonstrated her jazz vocal skills with a delicate rendition of the Simple Minds classic ‘Don’t You (Forget About Me)’ the song that opens and closes the 1985 coming-of-age film The Breakfast Club, in which she starred.

Another of the highlights of the evening came from Sydney performer Tommy Bradson. His performance of ‘Celluloid Heroes’, in tribute to Australian stage legend Reg Livermore, was truly exceptional.

Craig McLachlan excelled in his role as the Gala’s host. As well as introducing each performer in a respectful and enthusiastic manner he charmed the auditorium with his cheeky persona. Whether perched over a box in the balcony or simply standing on the edge of the stage, his comfortable and familiar banter, despite the large audience, was perfect for a night that celebrated the intimate art of cabaret.

McLachlan, in an amusing effort to show that he was worthy of his own cabaret show, demonstrated his prowess on guitar and with a rendition of The Rocky Horror Show classic, ‘Sweet Transvestite’. Replete with fishnet stockings, McLachlan recalled his former role as Frank’n’Furter, delivering a show-stopping performance.

An inspired choice as host, McLachlan provided the upbeat entertainment the full auditorium was seeking.

Vanessa Scammell’s musical direction (and banter with host McLachlan) was also excellent, as was the accompaniment from the scaled-back Adelaide Art Orchestra.