Why student theatre must survive this pandemic 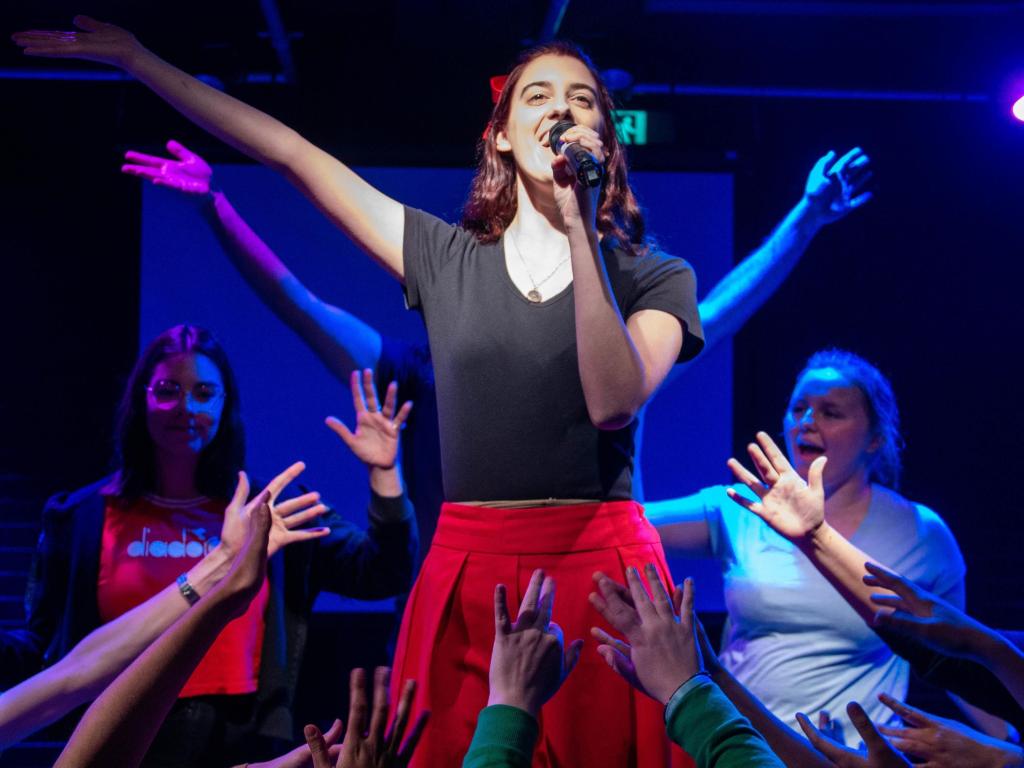 It’s easy to skip straight to the part where groups like The Chaser ‘made it’ – but even the greats had to start somewhere. All stories of our best and brightest feature the chapter where they tested ideas and experimented with form – their student days.

Take for instance, perhaps the furthest thing from the arts: college sports, seen in the US as the proving ground for the next generation of athletes. It’s common for future NBA and NFL players to be scouted during college games; college teams even have significant brand sponsorship and compete with professional league games for prime-time viewership.

Although we’re quick to declare the arts as a more refined cultural form than sports, we aren’t able to celebrate our own sandboxes to nearly the same degree. Why do we recoil whenever we see the words ‘Student Theatre’, associating it with work that’s amateurish, second-rate, and not worth our time? Why do we relegate student artists to ‘a subset of theatre’ when all creatives struggle to make compelling content themselves?

Developing your style, workshopping ideas and collaborating with like-minded peers are all valuable processes, not only for emerging artists, but for young workers in most professions. Such transferable skills – which are highly sought after in the modern workplace – are at the core of student theatre organisations.

When organisations demand fully formed, ‘career-ready’ graduates, accessing the arts at the professional level becomes a paradox. How can a budding playwright find their feet without a platform to make mistakes and modify their approach? Without student theatre encouraging experimentation early on, groups such as The Chaser might never have made it on to our screens.

But student theatre isn’t just a launch pad for artists or a place to foster skills for the workforce. It’s a platform for young people to confront society’s important issues.

Student theatre isn’t just a launch pad for artists or a place to foster skills for the workforce. It’s a platform for young people to confront society’s important issues.

This brings us back to the revue, that age-old university tradition of sending up the big events of the year. Satire is a powerful tool of expression – it sneaks into our conscience and draws attention to society’s shortcomings, often more effectively than any sermon.

Student theatre and revues let young people sift through a world seemingly going to pot around them. Free from the motivation of profit or a corporate agenda, university revues are often more accessible to diverse perspectives, including minority groups typically overlooked by mainstream comedy. They enable a frustrated generation to challenge the powers that be and express their views, rather than shut down under the weight of their apprehension.

We’ve already seen the desire today’s youth have to be heard, be it student-driven climate action or the recent student movements towards democracy across Asia. To dismiss student theatre would be to dismiss the voices of a generation with something to say, to discourage the next great disrupters from daring to challenge the status quo.

Yes, the arts are in a difficult spot right now. But as universities across the board reassess their own financial priorities, it’s looking increasingly likely that student theatre organisations won’t make the cut. The worst part is, we may not notice until they’re gone.

Student theatre is a vital component of the arts ecosystem. When it comes to rebuilding an inclusive and vibrant industry post-pandemic, we need to reassess how we view our emerging theatre-makers.

The next Chaser could depend on it.

Lakshmi Ganapathy is a third year Bachelor of Creative Arts (Theatre and Media Studies) student at La Trobe University, and the coordinator of the LTU Revue. Fergus Black is a first year Bachelor of Educational Studies (Drama) student and an aspiring playwright. Fergus and Lakshmi are members of La Trobe Student Theatre. Find out more at www.latrobesu.org.au/stf