Why try and establish a new festival in an already crowded metropolis, when the birthplace of contemporary circus is just a few hours up the road?
Richard Hull 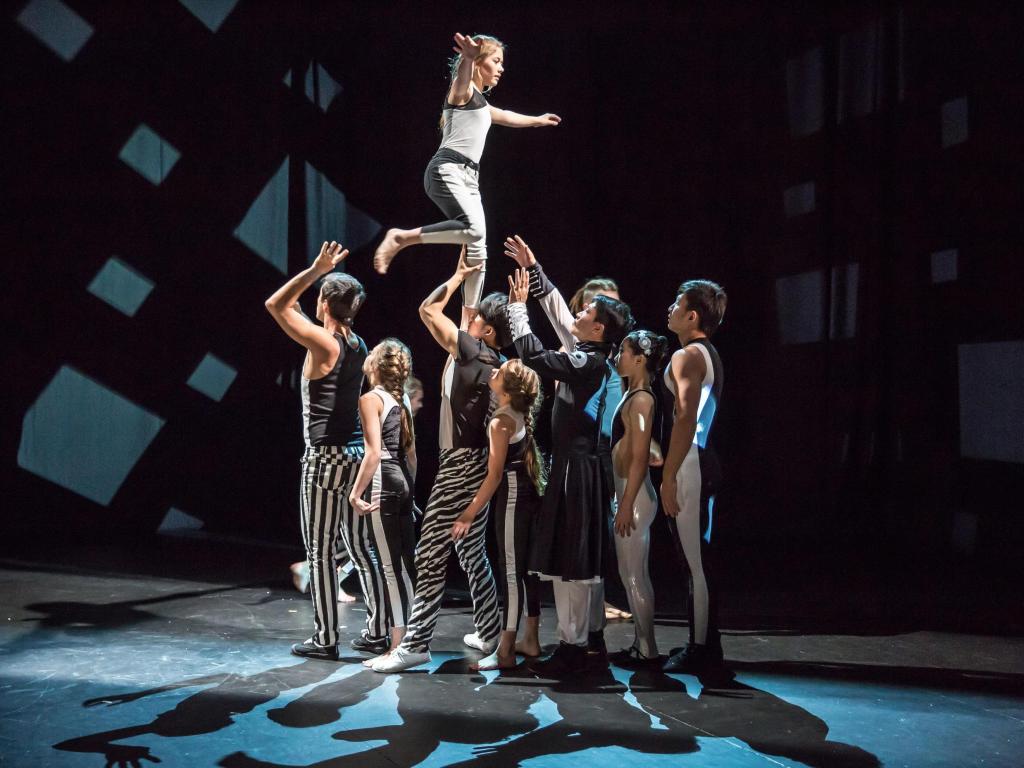 Last week we published an opinion piece arguing that Melbourne is the natural home for a permanent circus festival. Here, the Executive Director of Australia’s national youth circus company responds.

My company, the Flying Fruit Fly Circus, has just enjoyed some success as part of an exciting international exchange at the Melbourne Festival, Nanjing Project. It was a wonderful collaboration made possible by a wonderful festival.

Earlier in the year we enjoyed a sell-out season with Circus Under My Bed as part of the Melbourne International Comedy Festival while some of our graduate artists performed at the Melbourne Fringe; wonderful world-class festivals. And there are many, many more. To quote Gene Kelly and Frank Sinatra, ‘it’s a wonderful town’. Although that may have been a different city?

Melbourne is home to many of our friends: Circus Oz, the National Institute of Circus Arts (NICA), Westside Circus, the Women’s Circus and others. With an embarrassment of venerable venues it is surely the natural home for a new festival celebrating all things circus. Or is it?

For a start, my favourite festivals do not take place in big cities. Even the great Edinburgh has a population under 500,000. The festival completely fills and overflows the old town. And the new one.

Furthermore, and crucially, the majority of the ‘industry’ is based in London or elsewhere, so a huge creative community displaces itself to perform and play away from home. This temporary gathering in one place for one common purpose, to make and celebrate art, is the spirit of a great festival. You need a forced social cohesion. A coming together. A sense of risk and adventure. An energy.

Three hours up the Hume Freeway from Melbourne, two border cities – twins – straddle the mighty Murray River. According to a recent article in the Sydney Morning Herald, ‘contemporary circus was born in Albury-Wodonga three decades ago’.

As a reference to the ground-breaking Nanjing Projects of the 1980’s, it is not such a wild claim. Revisiting these landmark cultural exchanges over the past few weeks with NICA, Melbourne Festival and five amazing Chinese artists was a joyful experience for all.

We performed a preview of Nanjing Project at our 35th anniversary micro-festival Borderville. It was packed and electric. Our boutique festival program included international artists, Australian artists, local artists and a healthy dose of ordinary kids doing extraordinary things. We sold all our tickets. More than 5,000 people engaged with Borderville, the bars filled and the locally sourced wines and beers flowed. Hotel and motel rooms were booked. This is great for our regional economy.

There was a very palpable sense of celebration and community in the air.

With a population of over 100,000, Albury-Wodonga is the 17th largest city in Australia and has all the infrastructure for a festival without the sprawling geography.  It is contained and user friendly. You can walk places with ease, from one venue to another, drive without the terror of traffic.

It has not only been home to our national youth circus since 1979, but to the widely treasured HotHouse Theatre and several great venues. A spunky new regional art gallery will open next year adding further to the rich and varied cultural scene.

What’s more, Albury-Wodonga is thirsty for a new event of significance. It embraced Borderville so completely that our expectations were exceeded. This eagerness is infectious and we are already pondering Borderville 2016. I think it is a very good place indeed for a festival and a biennial model gives us time to grow the event sensibly and seek out collaborations and partnerships. It also allows Spaghetti’s emerging circus festival in Mullumbimby to do the same.

Circus in 2014 embraces so many things. It’s a hugely popular, commercial art form long ago elevated from sideshow to main stage. It is also youth and social circus, important for the positives it offers our young people and those in most need of a creative and physically active focus.

Circus is a universal movement with its own ethos and sprit. In my view, much of the best work happens in the regions because they provide the breathing space and sense of belonging that most suits this spiritual core of our circus community. Lunar’s Western Australia Circus Festival is testament to this – there’s almost a sense of pilgrimage about it. A little like religion, but with more skills and less wars.

So of course Melbourne can host a new circus festival. Melbourne can do whatever it pleases. It has muscles, attitude, money and more than four million people, so cool with all those theatres, laneways and trams. And yes, yes, coffee, the coffee is really good.

But it’s already so full of everything that cutting through the noise and making Melbourne feel different for a few days is a tough challenge.

‘What do you mean the festival’s over? I didn’t know it had started. I really wanted to see a couple of those shows. Wow, I’ve been sooo busy. Ah well, there’ll be something on at the Arts Centre and I’ve already got my tickets for Les Mis. Are you sure it’s over? Isn’t Les Mis part of the festival?’

Albury-Wodonga, on the other hand, is a still pond. Drop the pebble and watch the ripples.

So think about it, seriously. This is the birthplace of contemporary circus. When it comes to spiritual pilgrimages, where else would you build your big top and throw a party?