Vandalism or renewal? Your response to re-painting Hosier Lane

Is the recent Hosier Lane attack vandalism or street art? You told us that it ranged from 'exactly what was required' to 'completely ephemeral'.
ArtsHub 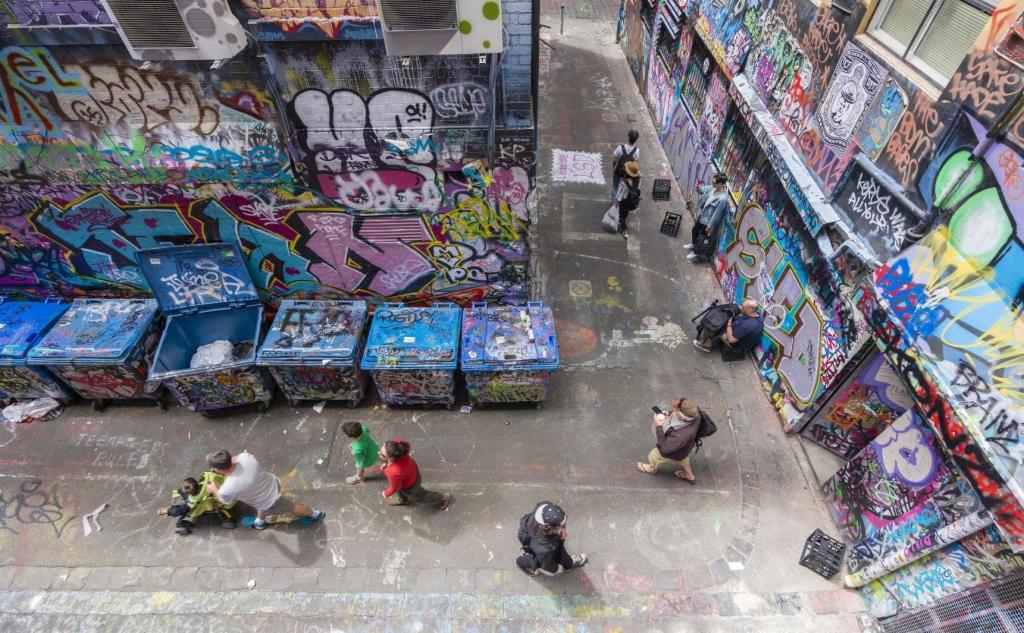 We took to Facebook to hear your responses to our latest article ‘Is the Hosier Lane attack vandalism or street art?’

For years Hosier Lane has seen layer upon layer of paint sprayed on its walls, attracting notable street artists and tourists alike. Recently, a video posted on Instagram showed several people in masks spray painting the walls of Hosier Lane. The video has since gone viral, catapulting the well-known Melbourne lane into an age old debate, what is street art?

Street art was originally associated with controversial guerrilla art with deep roots into revolutionary practices focusing on political and social commentary. It is often regarded as a disobedient practice operating outside of societal norms.

Street art has gained widespread notoriety through hard hitters such as Jean-Michel Basquiat and Banksy. However, its popularity has brought an increase in the commercialisation of an anarchistic movement, some believe the ‘destruction’ of Hosier Lane is a necessary step towards bringing back that spirit.

Street art often clusters around the same locations, with tags and artworks layering over one another on the same wall, creating a history of actions. The process can involve a myriad of materials, one comment linked the recent act to Hosier Lane to performance art and Abstract Expressionism.

However not everyone agrees, stating that destroying someone else’s art must be categorised as an act of vandalism.

While some subscribe to the condemning response from Melbourne Lord Mayor Sally Capp, there are still criticism on the way local councils handle street art.

Want to be part of the conversation? Engage with us by commenting on any Facebook and Twitter article posts, we want to hear from you!