Still struggling to be self-supporting after a decade, Australia’s Resale Royalties Scheme continues to be perceived as skewed and behoven to the whim of disclosure.
Gina Fairley 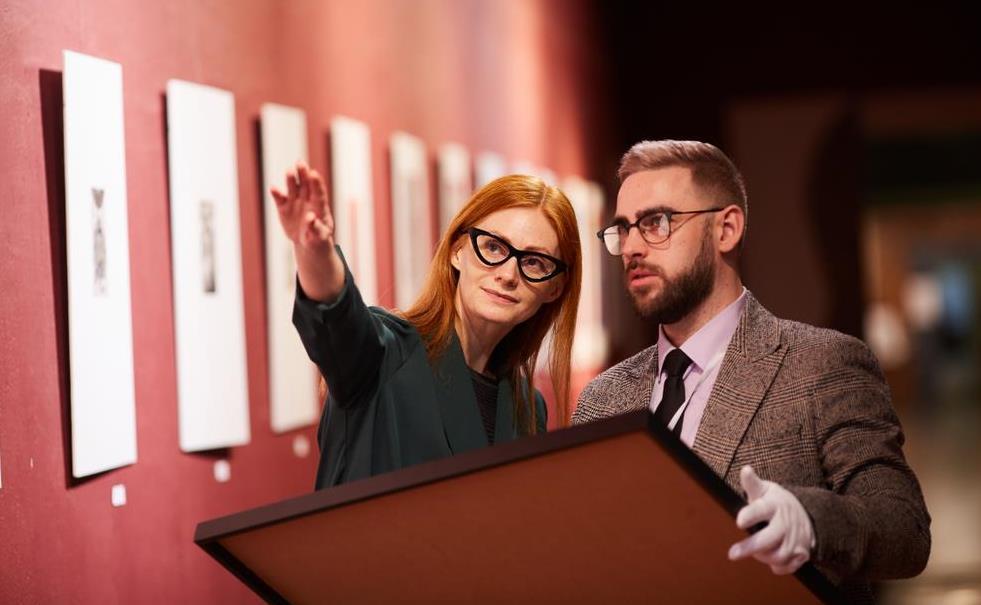 9 June 2020 marked the tenth anniversary of the Resale Royalty Right for Visual Artists Act. One would think that a decade down the road, it would be a “household consideration” for any visual artist working in the commercial realm. And yet, the scheme remains plagued by confusion and a perception of exclusion.

So much so that the Federal Government conducted a long-overdue review of the Scheme – its findings released 23 December 2019 as the arts sector was closing its doors for the holiday season. Was it a deliberate case of burying the news, or was it just another example of how this scheme fails to hit the radar?

While claiming to be an ’informative analysis’, the Review Report only assessed operations from 2010 to 2013, and was arguably already outdated by its 2019 release.

The Report’s overarching conclusion was that the Scheme ‘is achieving its key objective of providing financial returns to individual artists. However it is recognised that the Scheme was introduced at a very difficult time for the art market and stakeholder views are polarised.’

One criticism of the scheme is that it is only set up to advantage those artist who are already successful. How often does an artwork by an early career artist make the upper echelons of the secondary market?

Other proponents of the scheme said it was a well fought battle to win fair pay for artists, especially in a buoyant art market geared to advantage dealers. A reminder that even at the outset of a sale in the primary market, the artist dealer commission split is 50/50%

Cutting through the confusion

The Scheme is set up to pay 5% in royalties to artists on all works sold on the secondary market over $1,000 – that is, assuming your work makes its way to those conventional streams for the secondary market, aka auction houses, commercial galleries and independent dealers.

Perhaps this is a more present concern in our post-COVID times as collectors try to liquidise cash by offloading artworks.

Rights apply to all artworks by living artists, and up to 70 years after an artist’s death. As at September 2019, living artists have received 86%, while estates made up the balance.

I suppose this is the good news statistic – living artists are benefiting from the sale of their artworks on the secondary market; an income stream that did not previously exist for them.

But these sales must be registered. How accurately is that tracked? Are there regulations in place? While it is a pretty transparent case with the auction market, it becomes somewhat more cloudy across transactions elsewhere in the market.

However, it is not all bad news.

Since the scheme commenced in 2010, approximately $8.5 million in total royalties have been generated for over 1,975 artists, or over 30,000 resales registered.

If one was to draw on Australia Council data, Making Art Work puts the number of professional living artists at 48,000 – a relatively steady number since the 1990s. When you consider only 1,975 artists over a decade have benefited from the scheme, one might mistake that congratulatory ring of excitement in one’s ears as alarm bells.

But then, maybe it’ simply the case that Australia does not do a secondary market well – less speculative, more sentimental and less sellers.

The Copyright Agency is appointed by the Australian Government to collect and pay royalties to artists when their work is resold. They have produced an infographic that highlights some milestones and achievements over the past decade for the Scheme’s anniversary, while also updating current results:

What is clear in this list is the Scheme’s natural aggregation towards the Aboriginal and Torres Strait Islander art market. At September 2019, royalties for Indigenous artists sat at 63% by volume.

Perhaps that just says there is more circulation of these works in the secondary market? If true, then that raises the question, is this then the outcome of a flooded market or fashion?

Is the problem just perception?

The Review Report’s Executive Summary notes: ‘Although art market professionals expressed concern during the Review about the impact of the Scheme, the art market appears to be adjusting.’

It continued: ‘A key variant from the Review Report is the point at which the Scheme is expected to be self-funding. Deloitte Access Economics (DAE) estimated that this would be in 2025 with a 15 per cent administration fee. However, the collecting society, Copyright Agency, expects that this will occur by 2020, five years earlier.’

The Government invested $2.2 million to set up the scheme and set its early administration in track – or $220,000 per year over the decade if you want the maths.

In our current COVID-climate where the value of a dollar is so confused and skewed, it is hard to not see the value in this smallish investment. But there remains a flaw.

While the Scheme has broken even on its set-up investment, the Scheme is yet to be self-funding. The Review’s modelling by DAE shows that the cost to administer the Scheme will be up to $350,000 per annum, and yet the Australian Government funding for the Scheme ceased on 30 June 2014.

So if it is not self-funding, how is it making those annual administration costs – by taking a greater cut along the route to the artist?  As with many details in the Review – now six months old – they lacked the necessary depth to create clarity for artists, the very people this Scheme is proposed to benefit.

We all know numbers are not the forte of artists. We also know that gallery representation is tough at the best of times, let alone for an artist to see success that catapults them into the secondary market in their lifetime.

Fair pay is crucial. No one disputes that – especially in the arts, where it is desperately needed. But reform that lines the pockets of only a few already affluent artists, while struggling to be self-sustaining administratively, feels like a bit like a stinky albatross.