An emphasis on children's theatre or partial puppet productions does not necessarily mean weakness in Australian puppetry.
Richard Hart 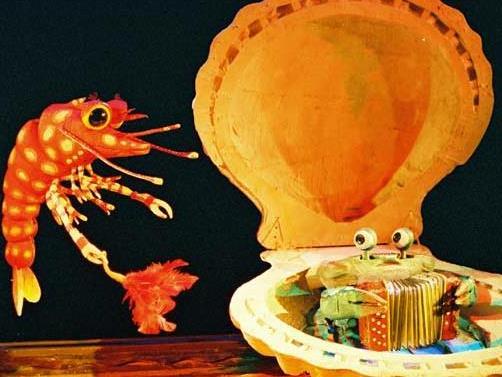 Puppetry is a very diverse art form making it very adaptable to all sorts of theatrical productions and events.  I see no “diminishing” of the puppet if it is a small part of a bigger production

It is important, however, that the quality of the puppet and its performance is as high as it can be. As Watts wrote, training is necessary along with dedication and experience to reach a high level and the necessary proportions of these three ingredients may vary to reach this goal.  Some very good and successful Australian puppeteers have had probably more experience than formal training, Heath McIvor with his puppet “Randy” is an example. It was great to read that Spare Parts and WAAPA are working toward a course in puppetry. It is needed, since there are no courses currently in Australia.

Many Australian puppeteers have travelled overseas to train in Europe, North and South America plus Asia. This is an expensive option for the individual, but the bonus is to live in a puppetry rich culture for an extended time and bring that experience back to Australia. In recent years, the London School of Puppetry has been popular with a few Australians. One graduate said to me she wanted to go back and live in England because of the puppetry culture. UNIMA Australia offers a modest scholarship for this purpose and aims to increase it in the future.

Outside the funded companies and larger producers making puppet theatre in Australia, we get a more comprehensive idea of the health of puppetry. There are a number of individuals and couples who are well established and making a living from this art such as Richard Bradshaw, (shadow puppets), Sydney Puppet Theatre, Murray Raine, (marionette cabaret on cruise liners), and Dream Puppets (black light). Many take the opportunities to up their skills or try another approach when workshops are offered such as those by Black Hole currently and UNIMA in the near future.

Puppet-only productions are more likely from these smaller groups, due mainly to economics. I recently participated in a very large puppet festival in Nanchong, China, and saw a huge all puppet production with around 50 performers. It was magnificent, extravagant and mind blowing but perhaps for the time being such a production can only be a dream in Australia.

Children are the largest audience for puppetry – they love it!  They are an important audience and must be treated with the respect of very good puppet theatre. Developing productions for children or any other group is not necessarily “pandering”. There is plenty of scope for creativity and exploration. Audiences of all ages like being challenged and inspired though, of course, there are boundaries. Even adult theatre gets into trouble by crossing audience boundaries if not done skillfully.

Adult audiences have been slower to discover puppetry as a form of theatre. Some of our best puppeteers have gone to live overseas because they cannot make a living in Australia with adult puppetry. But I think this is slowly changing.

Festivals play an important role in developing audiences. Puppet Festivals are rare and scattered but they do still happen. The most recent was in Maldon, Victoria this year. Fringe festivals include puppetry works, the most noteworthy being the Puppet Palace that ran for a few years as part of the Adelaide Fringe.

There is a broad range of puppetry in Australia and the quality is mixed, as it is in other art forms. Puppetry has come a long way but it has the potential to go a lot further.