National Opera Review: listening but to what end?

The Opera Australia Review will short change Victoria, and itself, if it ignores useful comparisons with the Victorian Opera.
Brian Benjamin 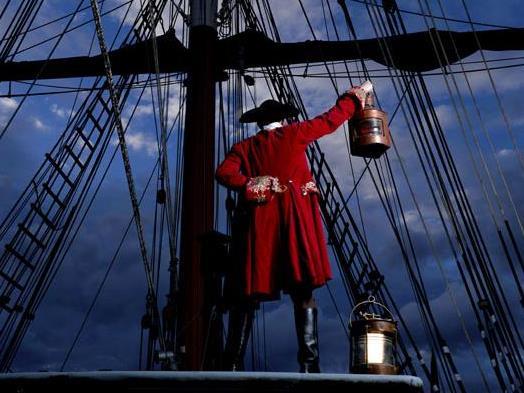 The Melbourne session of the Opera Review was booked out well in advance but somehow still had a row of empty seats.Whether the session can have any benefit other than for Melbourne’s opera-goers to let off steam about Opera Australia, remains to be seen.

The Review Panel conducted its Public Consultation sessions without releasing any prior information or discussion papers.

Panel Chair, Dr Helen Nugent AO, made it clear that the members were there to “listen” and, predictably, what they heard were reminiscences about the old days (good ones) and complaints about OA – OA being too risk averse in repertoire and unresponsive to seasoned singers; OA shouldn’t be presenting musicals; Victorian Opera is where OA should be; and that money shouldn’t determine everything.

Inherent contradictions in this sad scenario were not addressed by the Panel which adopted an open and welcoming stance and provided no critical testing of the sallies at OA and the heaps of praise for VO.

Imagine what the response might have been had the audience been presented with this scenario. In 2008, OA’s mainstage audience in Melbourne was 100,000 strong, each person paying $89 on average for a ticket. The Victorian Government contributed $1 million to OA’s budget, a subsidy of just $10 per audience member.

Today, OA’s mainstage audience in Victoria is around 70,000 (leaving aside the one-off effect of The Ring) while the Victorian Government-sponsored VO caters for 25-30,000 who pay on average under $50 for their seats. The Government, however, now contributes $5 million per annum, still only $1 million to OA and $4 million to VO, a subsidy of around $150 per VO audience member.

Where, they might have been asked, is the sense in quintupling the State’s investment in mainstage opera without increasing the audience and, in so doing, reducing the contribution of opera-goers by more than half?

Instead, the session took place in an information vacuum. It was well-known already that OA is on the nose with opera aficionados in Victoria, while the VO’s programming by Artistic Director Richard Mills, is widely admired.

What, then, was the purpose of spending so much time and so many valuable resources on this exercise other than as the political act of being seen to be listening?

The publication beforehand by the Panel of some facts and figures would have encouraged contributors to deal with some uncomfortable realities, so improving the quality of the contributions and, I hope, the final report.

Any useful debate about Opera Australia’s presence in Victoria cannot ignore the financial implications of the VO’s existence and its impact on OA, even though the VO is not part of the Panel’s remit.

Other useful information that could have been put on the table includes (figures are indicative):

The National Opera Review cannot expect to provide a worthwhile examination of OA in Australia without analysing its past, present and future in the context of what has happened in Victoria and especially the relevance of the VO.

In particular, it needs to confront the question of how Opera Australia could justify making a larger commitment to Victoria in the face of such a clear lack of State Government support there; a lower yield through ticket prices and the direct loss of nearly one-third of its audiences due partly to the establishment of a competitive opera company in the State by the Government.

The warning sign from last week’s Public Consultations is that the Panel will be soft on the hard issues, not having challenged the public with any of the hard facts which opera in Australia must confront. If it doesn’t do this, opera everywhere will be short-changed.