Six months of battles spurred by the May budget cuts to the Australia Council, the NPEA and now Catalyst have transformed the Australian arts scene.
David Pledger
[This is archived content and may not display in the originally intended format.] 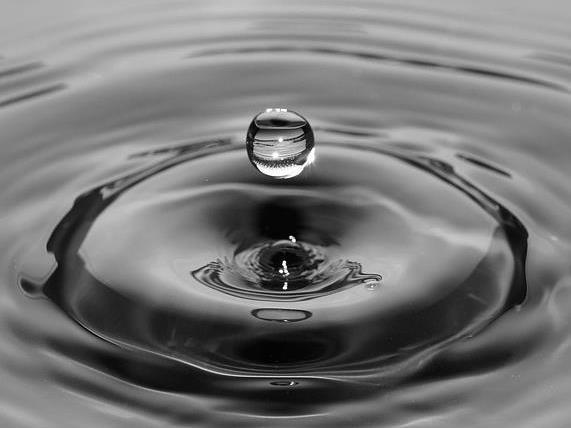 Six months ago then Arts Minister George Brandis attempted to wrench $105 million from the Australia Council in the May budget to set up a National Program for Excellence (NPEA).

His move spawned a whole series of events that culminated last week in the scrapping of the NPEA, the returning of one third of the money to the Australia Council and the the establishment of Catalyst Australian Arts Fund with new guidelines and a series of compromises. But the new contexts have transformed the Australian arts scene in profound ways.

In May, the Australia Council was on the verge of re-booting itself, OZCO Mk2015. Today it is an organisation with an identity crisis triggered by its failure to push back against Brandis’ first incursion when he stripped $6millon from its budget to set up a National Book Council. This impotence inspired his bigger play for $105million and the current pickle it is in over the Ministry for Arts’ assertion that it came up with the woefully inadequate figure of $8million per year for the NPEA replicant, Catalyst.

The Australia Council’s purpose is to champion and advocate for the arts. Remarkably, the agency was unwilling or unable to defend itself from Brandis’ administrative sleight-of-hand despite the threat to its mission. The Council’s operation and values seem mightily skewed to the Major Organsations (Majors) and way out-of-step with the independent artists and small-medium sector to whom it was left to resist Brandis’ moves. Council’s refusal to release data to the sector and journalists comparing touring activity between the Majors and the small-mediums needs to be examined. More disturbing, its failure to extend upcoming funding deadlines has caused untold distress despite repeated requests from this sector.

Whilst the broad arts sector unanimously supports the Australia Council, the current version needs significant re-calibration. Make no mistake, the Australia Council has been put ‘on notice’. And not just by government. This is a self-inflicted wound and its survival depends on three character traits it does not currently possess – strategic agility, innovation and assertiveness.

The perception that the Majors constitute national arts leadership has been shredded. The failure to show genuine support to the vulnerable independent artist and small-medium sector was widely criticised by artists, administrators and journalists.

The silence of some major organisations’ artistic and excecutive leadership could not have been in greater contrast to the courage and determination of the independent artists and small-medium sector. Today the Majors are exposed as a spectrum of companies at one end inhabited by a group more aligned to the values of the small-medium organisations and at the other end a clutch of entities in varying degrees of financial decrepitude as revealed in the National Opera Review.

What once was a coalition of familial interests is now a platform of uneasy bedfellows on the wrong side of history. The characterisation of the Australian performing arts into the Major-minor paradigm does not reflect the way in which artistic and cultural production operates in the 21st C. This flattening of the mainstream and the Majors’ recent loss of cultural and industrial agency requires a more equitable and representative allocation of what’s left of Australia Council funding.

Arts advocacy has earned its stripes.

Back in May, the Senate Inquiry into the Arts was a twinkle in the eye of the cross-bench. Once established, it provided the narrative structure the independent artists and small-medium sector required to tell its story. Under a loose coalition of artists and organisations operating under the freethearts banner, the sector organised state and national meetings, disseminated critical information and activated networks horizontally and vertically throughout the cultural sector here and abroad. There was a determination not to politicise the action, to create a non-partisan atmosphere of engagement.

In the world of Senate Inquiries, a few hundred submissions indicate an issue of national concern. A whopping 2200+ submissions necessitated 10 hearings nationwide.

By sheer weight of evidence, the sector – which had been held in contempt by its Minister – proved its essential value to Australian arts and to our cultural economy.

Comparative analysis of a return on funding dollars between the small-mediums and major organisations revealed a ratio of $10:$1 per audience member in favour of small-mediums – for every seat filled by the small-medium sector, the Majors required ten times more funding to fill one of theirs. In terms of artistic quality and innovation, organisational agility and responsiveness, audience numbers, national and international touring and reputation, independent artists and the small-medium sector are the prime movers and generators of artistic and cultural production in Australia. The major organisations and cultural institutions are the add-ons to this process.

At the national sector meeting on November 6 in Sydney at Carriageworks, Jacinta Collins, Leader of the Opposition in the Senate, spoke of the sector’s new power. The Shadow Arts Minister and Attorney-General Mark Dreyfus – having appeared that morning in the Administrative Appeals Tribunal on a FOI matter relating to Brandis’ diary – was determined to front the sector and praise its persistence and leadership. Greens arts spokesperson Adam Bandt put it simply – the sector was responsible for Brandis’ exit from the arts portfolio. Politicians of all persuasions now view the independent artists and small-medium sector as possessing cultural and electoral collateral.

The Ministerial handover failed to solve the problem.

At the November 6 meeting the new Arts Minister, Senator Mitch Fifield made a strong impression on those present. Last week he undid some of that work.

Dumping Brandis’ Excellence program coincided with the return of $8million per year to the Australia Council purportedly to help support independent artists. The retention of 70% of Brandis’ grab on the new, innovation-focused Catalyst program is problematic on three counts. In the first place it exposes the small-medium sector to long-term uncertainty. In the second place it gives weight to the persistent rumour that the move on the Australia Council was motivated by back-filling Government cuts on the Ministry for Arts’ budget. Finally, the duplication of tasks at the Australia Council and the Ministry of the Arts means taxpayers’ money is being wasted which runs counter to the Government’s efficiency push. The irony is exponential.

Today it was revealed in The Australian that “in his final days as federal arts minister, George Brandis quietly handed $2.42million to the Australian World Orchestra, an organisation linked to his then policy adviser”, Michael Napthali who is now strapped in as arts advisor in the Prime Minister’s office. To quote another ex-Minister: ‘The days of entitlement are over. Well no one told George. It seems Brandis is the goose that just keeps giving.

In his November 6 address, Senator Fifield led off the meeting brightly acknowledging ‘the innate and intrinsic value of the arts, art for arts sake’, declaring his intention to be a student and a steward of the arts. His commitment to consultation highlights the shift in tone and sensibility characterised by Malcolm Turnbull’s leadership. The fact is no Minister, not even a Prime Minister, can survive without committing substance and maintaining transparency.

Time for Malcolm to step in.