Making a Museum of Happiness

In a world of political polarisation, environmental emergency and inequality, can museums become centres that improve mental health? Tony Butler believes they can.
Tony Butler 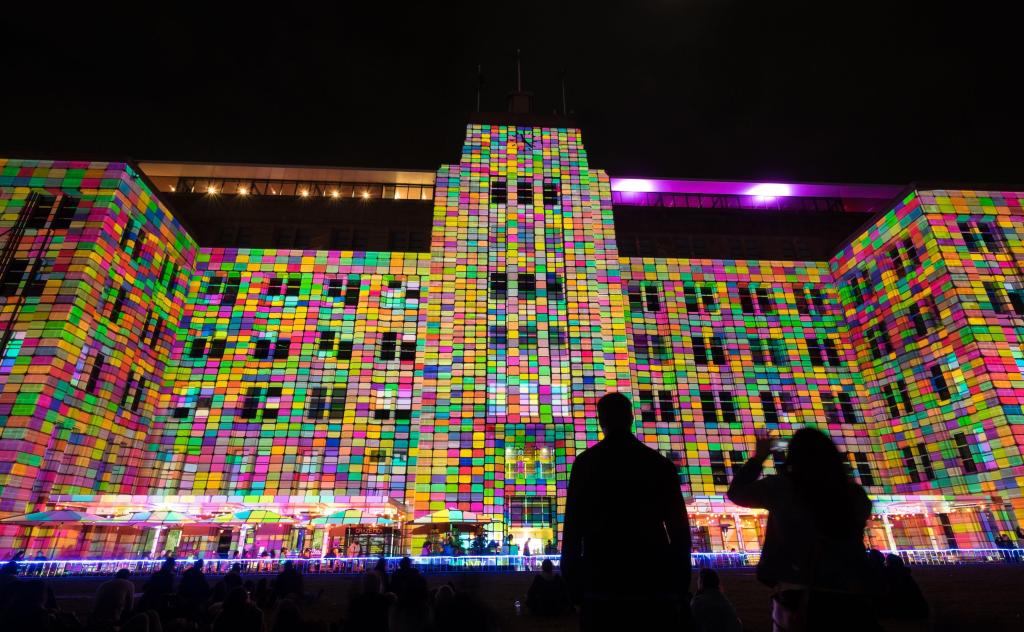 About ten years ago I spent time on a sabbatical with the New Economics Foundation (NEF), a radical think-tank based in London. Amongst their research into economic and social activity (they’ve pioneered reports in such diverse topics as sustainable fishing, co-production in mental health care, un-cloning market towns, and a four day working week) they produced the Happy Planet Index – measuring the strength of a society not only on economic outputs but also on the quality of environments and human relationships.

Societies with lower levels of inequality, lower ecological footprints and higher levels of subjective well-being, fared better: Costa Rica came out on top while the highest advanced economy was Norway (at 12). The UK was ranked at 34, Australia at 105 and the US at 108.

At the same time, the NEF were also piloting the co-production of mental health services in parts of the UK. A literature review in 2013 noted that co-production – focusing on building on existing capabilities of patients, the creation of mutual relationships between clients and professionals and facilitating rather than delivering services – significantly improved outcomes for patients. They were also more cost effective over the long term.

The re-framing of a more systemic approach to appreciating well-being on a global level and an asset based approach at local levels has greatly influenced my work.

At this time I was running the Museum of East Anglian Life, an open air museum in rural East Anglia. Set over 30 hectares on the edge of a market town of Stowmarket (population 15 ,000 people) it included a farm, 20-odd reconstructed buildings and cultural heritage.

The museum fitted into the rhythms of local life.

But it was soon clear to me that the strength of the organisation lay not in objects and buildings, but in the social networks it fostered.

I re-positioned the museum as a social enterprise, not only a visitor attraction but a bridger of social capital. We developed programs of work-based training for learning disabled adults, and long term unemployed people. We set up therapeutic care for mental health service users in partnership with community mental health trusts.

The effect on staff, volunteers and participants was palpable. Doing something meaningful, surrounded by new friends, engaged in these activities at the museum made participants happy.

They began to trust others, they had new-found status and they became more adaptable. They formed new friendships. They ran each other to the shops, supported each other in times of personal problems; people who had previously led isolated lives now had new found confidence to socialise. Far from being a refuge the museum was a springboard for participants.

They were experiencing what Mihalyi Csíkszentmihályi describes as Flow: The Psychology of Optimal Experience. People are happiest when they are in a state of flow –  a state of concentration or complete absorption with the activity at hand. For them time stops.

Museums contribute best to communities when they amplify the capacities of individuals to connect and collaborate with others.

Museums contribute best to communities when they amplify the capacities of individuals to connect and collaborate with others.

We need museums which encourage people to think, feel and do. Think with our heads, feel with our hearts and do with our hands.

As Alexis de Tocqueville noted in 1835, in his journey around the United States: ‘[It is] the free voluntary associations which strengthen civil society by creating Habits of the Heart.’

To make the leap to a liveable world, we need to find ways of activating and strengthening the kinds of values that will help us create more sustainable ways of living.

It was with this in mind that I founded the Happy Museum project in 2011. In the seven years since, Happy Museum has developed as an action learning project and leadership framework for museums to develop a rounded approach to wellbeing and sustainability. The project re-imagines the museum’s purpose as steward of people, place and planet.

In 2011 we published The Happy Museum – a Tale of how it might turn out alright with the New Economics Foundation. We noted: ‘Apart from the ubiquitous gift shop strategically positioned by the exit, museums have little to “sell” to their visitors but understanding and enjoyment. In a world that seems saturated by advertising, a trip to a museum is an opportunity to find sanctuary from commercial messages.‘

Museums’ function as social spaces is significant. With recent trends seeing city space being increasingly transferred to private ownership, museums are an important bulwark against the erosion of the public realm. For many people, a museum visit is not a solitary activity but an opportunity to spend time with family or to meet up with friends. First and foremost, ‘a place for encounters’.

Museums can inspire individuals to be more active within civil society (and this includes individuals working in museums as well as their communities). Using what they learn from connections within their communities, the work of museums should better reflect current trends and issues which affect people’s daily lives. Active citizenship also relates to awareness and understanding of connectivity across the world, seeking international associations to contextualise local issues.

Museums encourage visitors to be psychologically ‘present’, with attention focused completely on the here and now and on the aesthetic qualities of things. Experiencing this kind of involvement is not only enjoyable in itself, but is associated with wider psychological benefits.

Reciprocity and ‘giving back’ to others promotes well-being for people of all ages. A shift in our focus from being didactic educators to ‘co-creators of well-being’ will enable a more active and engaged role for the visitor. Opportunities for volunteering can directly influence the wellbeing of individuals by leaving them with a sense of self-worth and status.

Motivated and valued people inspired by a museum are more likely and better equipped to get involved with civic life within their own communities.

This is an excerpt from a keynote address delivered at the Victorian Museum & Galleries Forum held on 15 October at Deakin Downtown.

Tony Butler has been working in museums for over 20 years and is currently Executive Director of Derby Museums since January 2014. Derby Museums includes Derby Silk Mill, the site of the world’s first factory and a UNESCO World Heritage Site (currently undergoing a £17m refurbishment) and Derby Museum and Art Gallery which contains the world’s finest collection of works by the 18th century artist Joseph Wright of Derby.  In 2011 he founded the Happy Museum Project, to create an international community of practice to explore how museums could contribute to a society in which well-being and environmental sustainability were its principle values. The Happy Museum Project has affiliates throughout the world and has supported over 60 UK museums to develop projects which build mutual relationships with audiences and ‘steward the future as well as the past.’