Livestreaming opera into the future

Opera is not an art form that often makes it inside the primary school classroom. Livestreaming can reach students in areas of the country where touring is almost impossible.
Ioanna Salmanidis 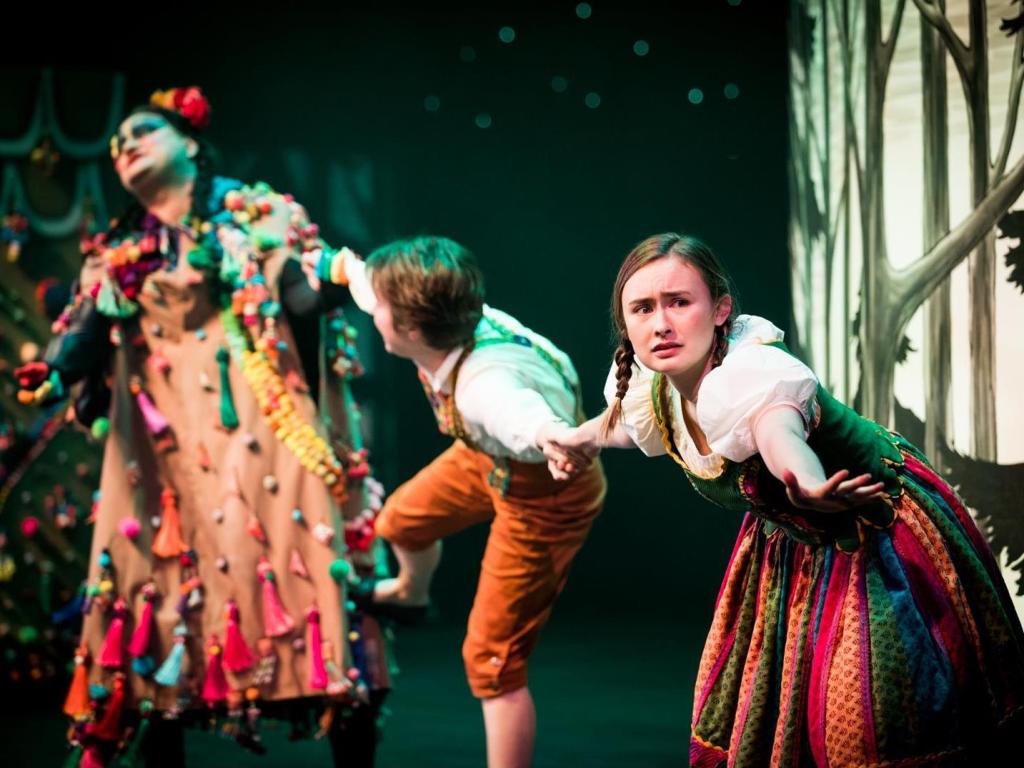 The first time I encountered opera it was completely out of context and nowhere near a theatre. Rossini’s The Barber of Seville is heard in the background of the opening of an iconic Nineties movie, as an animated bird in a cage sings “Fiiiiiiiiigaaaaaro. Figaro, Figaro, Figaro, Figaro, Figaro, Figaro, Fiiigaro.” The movie? Mrs. Doubtfire, of course. At the time, I didn’t know it was from an opera composed by an Italian in 1813 but it always stuck with me. I wonder how many other children, teenagers and adults saw the film and heard that music with no clue about its origins?

As a young person, I had seen and heard recordings of different operas as my parents and grandparents all enjoyed listening to not only opera, but also a wide range of classical music. I lost touch with it when I went onto study classical piano at university but I will never forget the first time I heard opera and the way I discovered it. I am now in a position to facilitate the wonder of introducing opera to a new generation of young people.

Earlier this year, I became Victorian Opera’s Education Officer. My role is to manage the company’s Education Program. This year we launched Victorian Opera’s Access All Areas: Livestream Program. It provided primary schools with four online workshops designed to give students a captivating and in-depth introduction to opera, before coming to watch a production live or, if located remotely, livestreamed into the classroom.

Hosted by Music Educator Angus Grant, the four 45-minute workshops were livestreamed directly into classrooms and covered several focus areas: an introduction to opera; an introduction to the production (in 2018, an operatic version of Hansel and Gretel) and the various characters and cast members on stage; a behind-the-scenes guide to rehearsals; and a virtual visit backstage as the production is physically constructed and the orchestra rehearses at the theatre.

These livestreamed workshops helped students gain a deeper understanding of opera as an art form, gave them the opportunity to meet and interact live with the production’s cast, orchestra and crew, and provided them with exclusive access to aspects of the production that they would almost never otherwise get a chance to see.

The biggest challenge was ensuring that students were engaged during each workshop. To achieve this, we invited local primary schools to bring a classroom of students to our studio-based workshops to ensure interactivity – our very own live studio audience! A secured live chat forum was also available for students and teachers online to engage in real-time.

One of the best aspects of this project was getting to watch the absolute wonder and joy experienced by the students each week watching our singers perform live for them. We saw this both in the studio and relayed to us online. Anyone who has heard an opera singer live will know that there’s nothing quite like feeling the sound they create physically hit you in the face.

As livestreaming allowed us to expand on the amount of information shared with students during workshops, previously delivered in one-hour in-classroom workshops, we noticed the depth of engagement in the theatre too. Director Elizabeth Hill has been involved in many of these productions and was delighted to see not only how attentive students were watching the production itself, but also the types of questions asked at the end of the performance.

The success of this program was overwhelming, especially as this was the first year it was run. Opera is not an art form that often makes it inside the classroom, unless students are studying classical voice, even more rarely in primary schools. I would hazard a guess that the number of children who hear opera at home is even smaller, especially in the more remote parts of the state. We were able to reach these students thanks to the support of the Victorian Government’s Department of Education and Training, through the Strategic Partnerships Program, the Besen Foundation and the John and Myrian Wylie Foundation

By giving schools the option to access the workshops and a performance through livestreaming technology, Victorian Opera was able to engage with over 1,000 primary school students state-wide and give them a unique first taste of opera. Some of these students were from schools in areas such as Indigo and Penshurst, places where the company has never performed and where students discovered both what opera was, and experienced it for the first time.

In order to provide an in-depth introduction to our work and highlight why it’s special, arts organisations need to develop and deliver easily accessible education programs allowing students to engage with them in a way they usually would not. In 2019, as we tackle our second Access All Areas: Livestream Program, Victorian Opera will continue to bring opera into schools in a very modern way.

I believe we have been able to give primary school students that ‘Mrs Doubtfire moment’, in a much more informed way. I can only hope that their first experience with opera has fuelled an interest that will remain with them throughout their lives, something they will share with friends and family, just as I have.

In 2019, Access All Areas: Livestream Program will focus on Victorian Opera’s new education production, Alice through the Opera Glass. Visit www.victorianopera.com.au/access-all-areas for details.

Ioanna Salmanidis is Victorian Opera’s Education Officer. She studied classical piano and later completed a Master of Arts and Cultural Management at the University of Melbourne. Ioanna is passionate about increasing children’s access to music through education.