While Australia fights to save its cultural assets after bushfires, the USA threatens to destroy cultural sites across Iran.
Gina Fairley 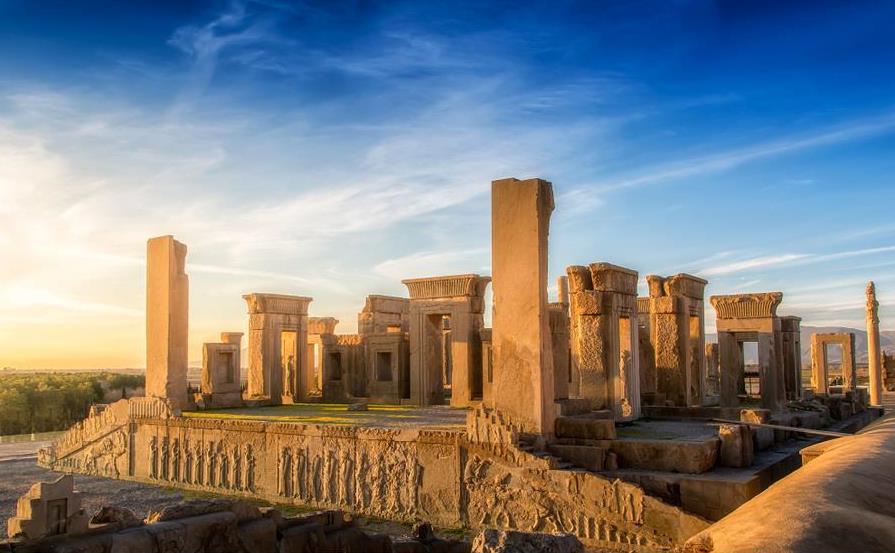 Last week our world changed. Nationally, we were besieged by bushfires across most states, and for some, the threat of loss of cultural assets was a very real prospect.

Internationally, US President Donald Trump chose to use social media to deliver a threat to Iran to destroy their cultural sites, if they were to retaliate in the days that followed the US assassination of Iranian commander Qasem Soleimani.

Culture in the hands of politicians

Last Saturday (5 January), President Trump tweeted the US had identified 52 Iranian sites, some ‘at a very high level and important to Iran and the Iranian culture’, and warned they would be ‘hit very fast and hard’ if Tehran carried out revenge attacks on US interests or personnel.

The threat was quickly condemned globally.

No civilised person or nation could justify the bombing of ancient Persian sites, of Persepolis or the mosques of Isfahan, Bam and its incredible cultural landscape or Bisotun. Some of the threatened sites are World Heritage sites.

Among those to vocally come out and defend the sites, noting that the action would be a considered war crime under international law, were there Head of the Fine Arts Museums of San Francisco, Thomas Campbell; Tristram Hunt, Director of the Victoria & Albert Museum in London; The Association of Art Museum Directors (AAMD), which represents 225 art museums in North America; The American Alliance of Museums; the UK foreign secretary, among others – organisations that usually take the diplomatic bow than enter political commentary.

Their collective views were perhaps best summed up by Metropolitan Museum of Art’s Director, Max Hollein, and its CEO, Daniel H. Weiss, in a joint statement on 6 January stating: ‘The targeting of sites of global cultural heritage is abhorrent to the collective values of our society. Our world knows precisely what is gained from protecting cultural sites, and, tragically, what is lost when destruction and chaos prevail.’

‘At this challenging time, we must remind ourselves of the global importance of protecting cultural sites – the objects and places by which individuals, communities, and nations connect to their history and heritage. Today’s leaders and citizens have many profound responsibilities—protecting lives, and also protecting the precious legacy of generations before us, as it is from these shared places of cultural heritage that we gain the wisdom to secure safe and better futures.’

The director general of the UN’s cultural organisation, UNESCO, Audrey Azoulay told media that both Iran and the US had signed a 1972 convention to protect the world’s natural and cultural heritage. But Trump withdrew the US from UNESCO  in 2018, citing alleged anti-Israeli bias.

They have also both signed a 1954 convention protecting cultural property in the event of armed conflict.

Australia is a signatory to both conventions.

But the criticism didn’t abate White House adviser Kellyanne Conway who continued to defend the President saying, ‘Iran has many strategic military sites that you may cite are also cultural sites’, later clarifying her remark to say she was not suggesting Iran had camouflaged military targets as cultural sites.

Trump’s ignorance or disregard of the law is not a new topic. One wonders – without the critical media storm that ensued – whether Trump would be have been cognisant of the repercussions of his threat?

What is interesting in this most recent Trumpian threat, is its timing. On the same day he willing missiles towards heritage sites, Trump tweeted the following:

Leaders of Australian cultural institutions were doing everything to save our cultural assets.

Our own Prime Minister, Scott Morrison has faced criticism over his inability to read a room, and mis-chosen early actions. Peas in a pod?

While Australia cultural institutions hold a very high reputation internationally for their management and preservation of cultural assets and museum practices, this could be argued is sector led.

It is not a value that has been passed down and nurtured by our political leaders as pivotal to our identity and national wellbeing. This is only reiterated by the Federal Government’s recent decision to dissolved the Department of Arts into a super department that doesn’t even carry the name of culture.

Iranians are incredibly proud of their cultural heritage, and indeed Trump’s threat for many was received as worse than Soleimani’s assassination.

It is this idea of value that I fear most greatly for Australia. What are we throwing away for quick financial gain and self-interest? Are we too flippant in our appreciation of the arts?

The message across this discombobulated string of thoughts, is that it is clear that we can no longer leave art and culture in the hands of politicians. In 2020 citizens need to take back what is important to us; to fight for our future.