In defence of star ratings 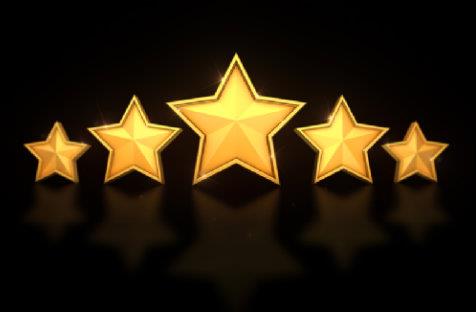 Scroll down for our guide to what ArtsHub’s star ratings represent.

Award an artist four or five stars at, say, the Melbourne International Comedy Festival or the Edinburgh Fringe, and you’re guaranteed to soon see those same stars adorning their show’s poster, usually within 24 hours.

It’s only when a production gets three stars or fewer that performers and marketing teams suddenly seem averse to star ratings – but even then they’re quite capable of lifting useful words such as ‘amazing’ out of context to help sell a show.

We critics, too, sometimes dislike star ratings. They can seem reductive; a last minute summation of a carefully nuanced review, tacked on at the end of the piece as a quick indicator of a work’s quality for the time-poor consumer.

But star ratings can also be a handy way to summarise your thoughts on exiting a theatre or cinema; a verbal shorthand that everyone understands.

‘It was okay, but it wasn’t brilliant. Three stars from me, Margaret.’

So why use star ratings? And whom do the stars serve?

In his corresponding opinion piece on this site opposing the use of star ratings, choreographer Phillip Adams argues that ‘use of this system has to cease if there is to be any trust gained or respectability around the profession of arts journalism from the artist’s perspective’.

But reviews don’t exist just to serve the artist. An informed, intelligent and analytical work of criticism serves two masters – the artist, and the general public.

A well-written review helps document an artist’s practice (terribly handy when it comes to grant-writing time) and their contribution to the broader arts ecology, as well as providing informed, hopefully constructive feedback about the artist’s work – feedback they may not be ready to hear at the time of the review’s publication, when they are perhaps too close to a work to recognise its flaws, but whose criticisms they may come to accept as true over time.

Simultaneously, reviews serve as a consumer guide for the general public, informing the reader as to a work’s merits, its tone, whether or not it is accomplished or unsuccessful, dull or aesthetically enriching, and – given how expensive theatre tickets can be – whether it is worth the cost of entry.

Reviews also serve to help us identify works that might be to our taste. Were I to read a review of a particular production that described it as ‘’achingly contemporary, abstract and challenging,’ I would certainly be intrigued. My uncles, conversely, would probably run as quickly as they could in the opposite direction, towards the nearest multiplex and the latest Hollywood blockbuster.

But why can’t a review be written both for the artist and the general public? Or in the case of ArtsHub reviews, for the artist, the public and the wider arts community?

The answer, of course, is that they can be – which is what we aspire for at ArtsHub. In our reviewers’ guidelines, we encourage reviews that are insightful, analytical and well written, that successfully identify the strengths and weaknesses of the work in question and clearly and succinctly discuss them. And we ask for a star rating as well.

We also – to quote from Phillip Adams’ opinion piece again – aspire to ‘aim for a more coherent and constructive dialogue’ with artists and makers across Australia, both here on ArtsHub and through our various social media platforms.

We may sometimes fall short of such aspirations, but we feel it is important to strive towards them to the best of our ability – and to let you know that that’s what we’re doing.

Finally, if you’ve ever read one of our reviews and thought ‘Huh! I could do better than that!’ then I’d be delighted to hear from you – we’re always on the look-out for passionate, articulate and informed new reviewers!

At the end of each of our reviews, listed above show dates and the detailing of the work’s creative team, you’ll see that we award up to five stars for each exhibition, production or publication. Here’s our internal guide to what those stars mean.

0 stars: Painful, dismal, terrible; to be avoided at all costs.

2 stars: Not without its moments, but ultimately unsuccessful.

3 ½ stars: Very good, clever, well made, though not without its flaws.

4 stars: Brilliant, accomplished, engaging and engrossing but not the absolute best of its kind.

4 ½ stars: Exceptional, inspired, a must see, though still not game-changing in its genre.

5 stars: One of the very best things you’ve ever seen/heard/witnessed in its art form; virtually flawless; exquisite and sublime – the sort of work that redefines its genre, or which you’ll still be talking in 10 years’ time.