In an appalling lack of respect, Parliament has again chosen not to pass amendments to consumer legislation this week, protecting against the trade in fake Aboriginal style art and artefacts.
Gina Fairley 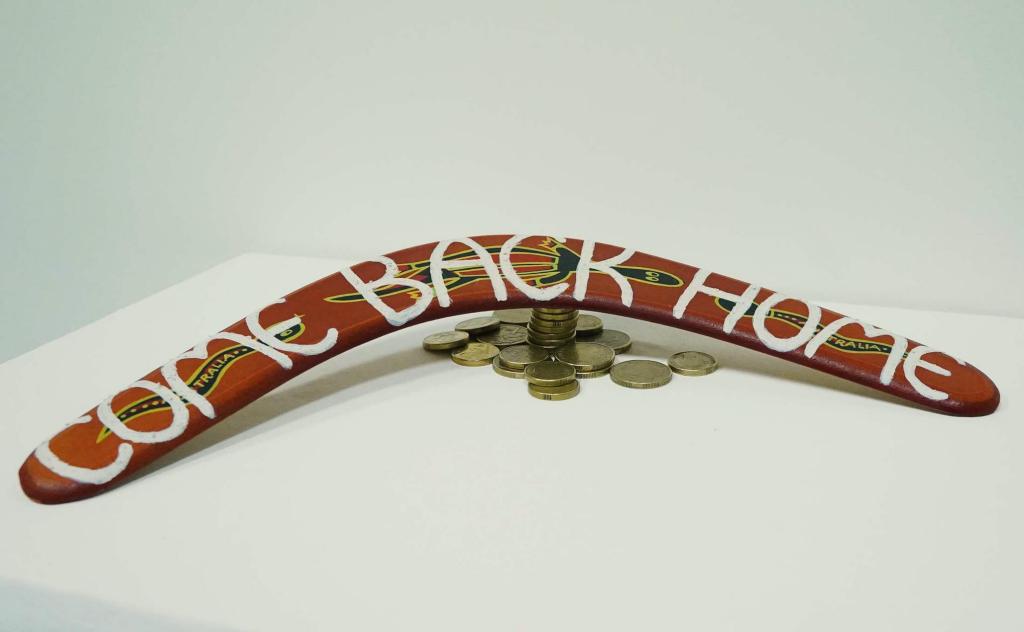 How long should it take to protect Australia’s First Nations artists from a raging trade in fake art and artefacts? It would seem too long if we are to leave it to government committees.

Last week, the long awaited report on the Competition and Consumer Amendment (Prevention of Exploitation of Indigenous Cultural Expressions) Bill 2019, was finally released.

The Bill has been sitting before the Senate Environment and Communications Legislation Committee since February 2019. In short, there were two recommendations:

Hang on, hasn’t Copyright Agency, Indigenous Art Code and Arts Law Centre of Australia just spent the past four years consulting, researching and advocating for an amendment to legislation – hand-in-hand with community?  They launched the Fake Art Harms Culture Campaign in 2016, not to mention the years of consultation with community prior to the campaign launch.

The message is that it doesn’t count if it is not ‘Commonwealth’ led.

In a formal statement (1 May) Arts Law said: ‘We are extremely disappointed that yet again, the Parliament has failed to act in the best interests of Aboriginal and Torres Strait Islander people. Consultation on this topic has been extensive over many years, and the result is the overwhelming consensus of artists, communities, organisations and parliamentarians that change is necessary, and urgent.’

The news of the report’s recommendations came as a work by  Wiradyuri conceptual artist, Amala Groom, was selected winner of the 2020 Wyndham Art Prize (VIC) with a work titled, Copywrong, 2018 (pictured top) – a fake boomerang teetering on Australian currency.

Groom told ArtsHub: ‘The whole point of me making work is to address the inequalities – I just can’t produce art for the sake of producing it. I want to make something that sits in people’s minds.’

Groom added that her decision to enter artworks in prizes had been really strategic. ‘I made Copywrong in 2018 around the time of the review into fake art and entered it into the Woolhara Small Sculpture Prize because one of the judges was a lawyer. I wanted to be smart about it. This is an issue I really care about and I want people to know about, so I am constantly asking what is the best platform to get the message across?’

She continued: ‘Whilst it is fantastic for me as an individual to have my work recognised in this award, this win is bittersweet with the May 1 announcement of the legislation to amend the Australian Consumer Law to stop fake Aboriginal art not getting up. As Aboriginal peoples we are a collective, and Copywrong is all about the need for our arts and cultural practice to be protected under legislation against infringements.

‘It is my responsibility as an artist to see that my WAP win brings attention to the issue of the work,’ Groom said.

HOW LONG HAS IT TAKEN Versus HOW LONG SHOULD IT TAKE

A proud Quandamooka woman from North Stradbroke Island, a lawyer, Chair of  Indigenous Art Code, and employed with Copyright Agency, Stephanie Parkin told ArtsHub that the standard response she receives when discussing the campaign against the fake trade is, ‘Of course that should be in place; it should be law… it isn’t?’.

Parkin added: ‘All of our people have been so involved and engaged in this for so long; so many years on this.’ The recommendation holding back this current bill was a call for more consultation.

Jump to full timeline, recapping the chain of consultation and actions since 2016 to today.

Of note, back in August 2017, off the back of the original campaign, Minister for Indigenous Affairs, Senator Nigel Scullion referred an inquiry to the House of Representatives Standing Committee on Indigenous Affairs. With the close of submission in the November, 162 organisations and individuals had voiced their support and thoughts.

The inquiry report was tabled to the committee in December 2018. To date, three years after the launch of Fake Art Harms Culture campaign, a response from the Government to the House of Representatives report has not been released.

Aboriginal culture in this country is not valued – if it was by our society, this bill would be in place, and it would happen quickly.

With regard to this particular bill that has been rejected, it was original introduced by Senator Hanson-Young on 12 February 2019. The Senate Standing Committee for Selection, however, deferred consideration of the bill, and the bill then lapsed. It was subsequently re-introduced at the beginning of the 46th Parliament, on 4 July 2019, and was referred to the Environment and Communications Legislation Committee for reporting by 5 December 2019.

On 25 November 2019, the Senate granted an extension of time to report to 26 March 2019. Findings of that report were – as we have reported – tabled 1 May 2020, with the recommendation not to be passed and engage Commonwealth consultation.

It is hardly a recommendation built on confidence, when government was struggle to even consider this bill in a timely manner – not to mention still not reporting on the Inquiry, three years on.

When questioned about the chain of events and recent rejection, Parkin told ArtsHub: ‘I certainly do feel, and it’s echoed a lot through the submissions (to the inquiry), that issues like this exist because of a continued lack of respect. The lack of legal protection speaks to not valuing this culture.’

A BATTLE PLAGUED WITH CONTRADICTIONS

While the campaign took a win back in October 2018, when the Federal Court of Australia found the company Birubi, which had been misleading customers with products marketed and labelled as Australian made and hand painted by Australian Aboriginal persons, was acting unethically, it is not a mirror across other government departments, which have remained reticent to amend legislation to forego such cases arising.

Justice Melissa Perry imposed a $2.3 million fine on the company to make a point. ‘The penalty signifies the court’s view about the seriousness of this type of conduct,’ said Arts Law.

Parkin explained that there had been comments from the Committee that they had not been sure of the form in which the amendments had been put forward, questioning whether this should be considered as an amendment to existing legislation under Australian consumer law or whether it should be addressed in separate legislation.

She continued: ‘While it might be an ideal situation to have that, the reasoning to having an amendment in the legislation is because it exists now, and prohibition could work under that piece of legislation, and there is already a body with the ACCC that could regulate it.

‘It was seen as a short term but effective answer. Stand-alone legislation is a very long process,’ Parkin added.

She told ArtsHub: ‘This has been a huge process for mob, coming together and speaking out about how it impacts community and cultural art practices.’

Parkin concluded: ‘While it is disappointing, we have faced many challenges before with Indigenous affairs. The resolve of our people, and supporters around us, continue on with this push to bring awareness and ask questions of retailers.

She says the best way to support this campaign is to ask questions before buying and to support ethical business and artists working in this space.

It was a view Groom shared. She said honestly: ‘I don’t know the best thing to do. You can educate people and be a keyboard warriors – which does nothing really and I don’t think is the solution. The one thing we all can do is to ensure what buy is authentic and not supporting companies profiteering – its an easy thing but can have a huge impact.’

More reading on this topic

You can impact legislation on fake Indigenous art