A top public servant says Australia Council nominated the figure of $8 million as the amount needed to save small-to-mediums. But that doesn't square with AusCo's accounts.
Ben Eltham
[This is archived content and may not display in the originally intended format.] 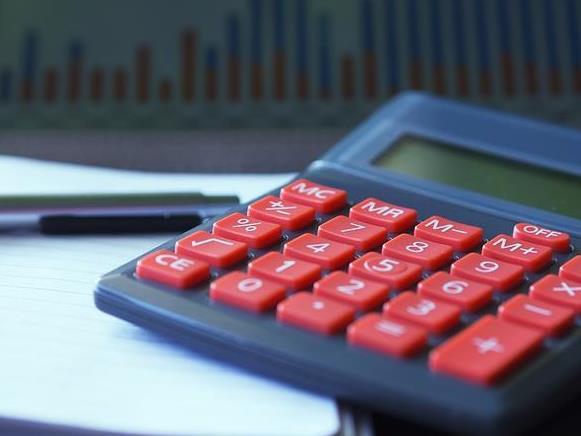 Just five days into the life of Mitch Fifield’s new Catalyst program, the logic behind the new fund is already unravelling.

In case you missed it, Catalyst – Australian Arts and Culture Fund is the new name of the Arts Ministry’s funding program – the one that used to be called the National Program for Excellence in the Arts (NPEA). As ArtsHub reported last Friday, “excellence” is out and “innovation” is in under the Catalyst guidelines. But, in the main, the new program is similar to the old one.

The new program will not be delivered at arm’s length, but rather by Arts Ministry bureaucrats. The Australia Council is still losing significant amounts of its discretionary funding. And the confusion over the competing roles of the two funding streams remains as acute as ever.

In his media rounds since Friday, Fifield has been at pains to stress the “complementary” nature of the government’s various cultural funding programs.

“What we’re seeking to do with Catalyst is not to supplant or compete with the Australia Council, but really to complement its efforts,” he told the ABC’s Michael Cathcart on Monday.

But the idea that Catalyst is not competing with the Australia Council is already unravelling. We know this because of some extraordinary testimony at the final day of the Senate Inquiry into Arts Funding, held on Monday.

On the stand was the Arts Ministry’s Executive Director, Sally Basser. Basser is a veteran public servant with long tenure in the Communications and Arts portfolios. She was questioned for a full two hours.

Why $8 million? Why that particular figure? Labor Senator Joe Ludwig asked Basser how the figure of $8 million was arrived at.

Basser replied that the Australia Council itself came up with that figure. The exchange is worth reproducing in full.

Senator L​udwig: Where did the figure of $8 million come from?

Ms Basser : That was in consultation with the Australia Council.

Ms Basser : In discussion was my understanding. I was present at a meeting where the Australia Council identified that number and I understand it was also suggested by them in a meeting with the Minister.

Senator L​udwig: The ​Minister just agreed that was a good number or did you do an analysis—

Ms Basser : He has been considering options. He was clearly consulting with the sector, with the Australia Council, with Creative Partnerships Australia and with a range of other people. People were putting a range of views.

Chair: How do they justify $8 million? How did they come up with that figure?

Ms Basser : You would need to ask—

Ms Basser : In detail, you would need to ask the Australia Council.

Chair: They were asked to come back to the Ministry with a figure?

Ms Basser : It was not quite like that. We were having a discussion about what would be a figure that would be enough to address this gap for the small-to-medium sector.

Chair: The Minister was never going to give it all back? He was prepared to give some back and they had to come up with a figure?

Ms Basser : No. As I have said, the Minister has been listening and talking to all stakeholders. Everything has been looked at, and that is where the landing point was.

Senator Singh: You or the Minister did not come up with that figure of $8 million?

Ms Basser : The $8 million was identified by the Australia Council as an amount that would address the issues and the gaps for the small-to-medium sector.

Caption: Stephen Arnott and Sally Basser from the Ministry for the Arts answer questions at the Senate Inquiry into Arts Funding.

This was revealing testimony, to put it mildly. If Basser is correct, it means the Australia Council itself suggested to the Arts Ministry that it would only need $8 million back to protect the small-to-medium sector.

The Australia Council lost $31.4 million from its annual allocation in the May Budget – $26.2 from its general allocation went to the Ministry for the NPEA and the rest with specific programs Visions Australia and Festivals Australia.

Coincidentally $26 million is also the figure that, ​before the funding cuts, the Australia Council had planned to distribute to artists and small-to-medium organisations in four rounds in 2015-16.  (The remainder of its funding is tied up with the major performing arts sector and a range of initiatives like the Visual Arts and Craft Strategy).

After Friday’s announcement that $8 million would be returned, the Australia Council put out a statement announcing it would disburse $18 million across three rounds. That is still $8 million less than the agency planned to disburse before May. Overall, the Council is still losing around $70 million over the next four years.

Why would the Australia Council nominate $8 million as the figure it would need to address the gap for small-to-mediums when that figure will still leave them another $8 million short?

Even if we accept that the agency can make some savings in its own administration, there is still a considerable shortfall. Despite the Minister’s claims that the small-to-medium sector is being looked after, in fact the Australia Council is cutting an entire funding round and 30 per cent of its “core” grant pool to small organisations and individuals.

Those in the industry who saw Basser’s testimony were ​astonished at the contradiction between the clear loss of funding for small-to-mediums through Australia Council and Basser’s statement that AusCo had nominated the figure as the amount needed to cover the gap.

Arts lobby group Free the Arts put out a media release yesterday, pointing out that Basser’s testimony contradicts Minister Fifield’s statements that there is a clear distinction between the role of the Australia Council and the role of Catalyst.

If part of the small-to-medium funding is now to come from Australia Council and part from Catalyst then there is no clear delineation: just two sets of funding applications for small-to-mediums: one arm’s length and one through the Ministry.

Instead, a quick fix has been attempted, in which an Arts Ministry slush fund continues, but with a concession of $8 million thrown to the Australia Council.

Arts leaders from the small-to-medium sector also point out that the upcoming four-year organisational round due on December 1 will still have a much-reduced funding pool, and will almost certainly result in widespread defunding of smaller organisations.

Neither the statement nor the submission suggested $8 million would plug the hole.