Campaigning for culture this election 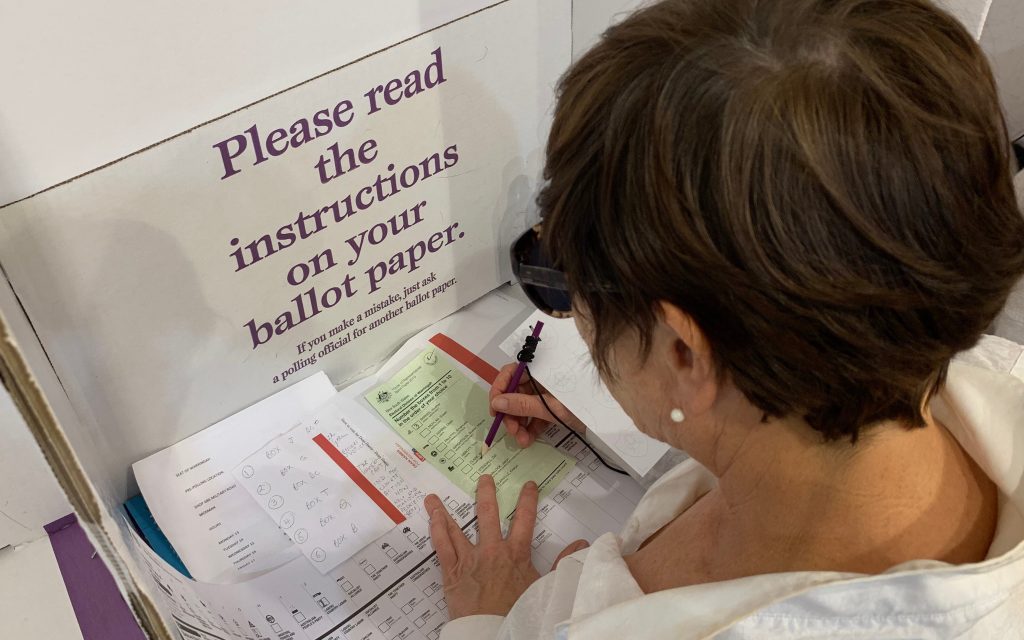 How can we make votes for the arts count? Image Shutterstock

With election campaigning already underway, we’re about to experience a very crammed public messaging environment. There are so many crucial matters demanding urgent national focus – climate emergency, corruption, discrimination, public broadcasting, community health – each of which require voters to sift through a great deal of misinformation, much of this coming from politicians themselves.

So what is the role of arts and cultural policy campaigning in the context of a federal election?

One of the nation’s leading arts publicists once told me the best way to secure policy change was keep the arts out of the media. A pollster from the other side of the political spectrum once told me he has research showing the arts does not win votes, but it can lose votes, so it’s never going to be a campaign focus.

That’s not good news for anyone keen to capture the public’s attention ahead of casting their vote.

What we’re seeing instead is a lot of community and political organising on matters of public integrity.

Hewson and Jones are also joined by arts leaders Andrea Hull AO and Bob Weis on the Truth and Integrity Project, featuring Robyn Archer AO and others. The campaign ‘aims to reach out to all Australians – whatever their differences – to promote a successful Australia where truth, integrity, policy and decency are the core of politics.’

Impactful as these have been, none have achieved the kind of cut-through that artists achieve when their skills are applied to issues beyond the arts.

CAMPAIGNING FOR THE FUTURE OF ARTS AND CULTURE

Given the skill and sheer star-power of our people, the arts has the ability to achieve cut-through on an It’s Time scale – but only when we’re focused on communicating public value using language people can relate to.

The Reset conference has come and gone, inspiring a great deal of timely discussion and galvanising shared action. With thanks to the conference organisers, I spoke at the final session, Campaigning for the future of arts and culture, whose provocations included:

The arts and cultural sector is facing a crisis in Australia… [and] must re-learn the language and work of public good … How do we build and transform our advocacy and campaigning strategies to take on the good fight?

During our discussion, Ben Eltham mentioned a big campaign that was preparing to launch ahead of the federal election – brilliant! – with some good marketing minds and financial backers – even better! – only… The campaign is Fund the Arts. My heart sank.

This campaign is not a new idea – it’s been kicking around since 2020 – but it’s a concerning one. If you can substitute any word in your slogan for ‘arts’, you don’t yet have a strategy.

Especially if that strategy is based on asking for money. After all, every sector needs money in a time of crisis, and we can’t risk undermining our approach by disrespecting all of the communities and sectors that desperately need funding.

Nor can we can’t risk undermining all of our sector by feeding into ‘rent-seeking’ stereotypes, presenting ourselves to government and to the public as first and foremost demanding taxpayers’ money.

If you wanted to communicate what’s most valuable and unique about arts and culture, would you want people thinking that the most important thing we have to say to Australia is a demand for money? Goodness me no.

FIRST THE POLITICS, THEN THE FUNDING

Funding follows political will. Political will follows popular support. Come election time, politicians are deeply motivated by engaging with what people care about.

One of our Reset session’s other provocations was to engage with the public good on issues like ‘planning, regulation, public expenditure, participation and democratic rights, as foundational for supporting culture in everyday life.’

I would love to have spent our entire 90 minutes doing nothing but workshopping campaign strategy in response to that provocation! Or going through some of the ones above. Because there’s no shortage of great approaches.

So let’s be imaginative.

Let’s move forward with confidence, engaging the public in respectful, constructive ways that open new conversations – rather than triggering the resentments that shut them down.