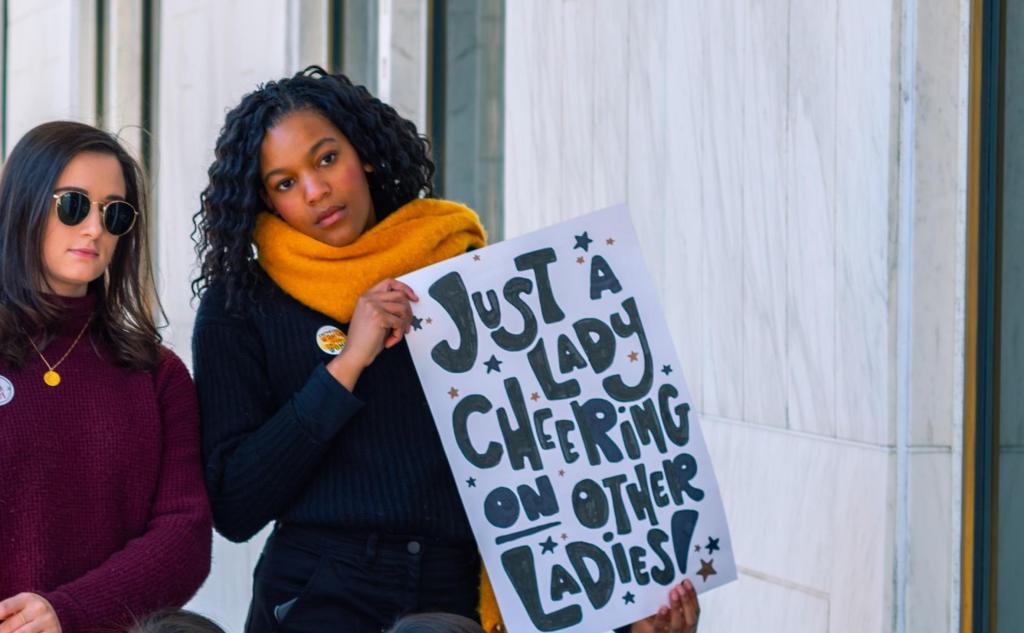 Photo by Peyton Sickles on Unsplash.

International Women’s Day (IWD) has its roots firmly planted in the soil of collective action. One hundred and ten years ago, 100 delegates at the International Socialist Women’s Conference supported a proposal by German activist Luise Zietz for an annual women’s day. At the first ever International Women’s Day in 1911, more than a million people marched at locations across the Austro-Hungarian Empire. Australia’s first IWD was organised by the Militant Women’s Movement, who marched for equal pay, paid leave and an eight-hour working day for ‘shop girls’ in Sydney in 1928.

Over the years, IWD has shifted from a day of action into a day of celebration, discourse and commemoration. I want IWD to return to its roots as a focal point of collective action. I want to re-ignite, in the manner of our sisters-in-arms of the early 1900s, the energy of collective rage, and transform it into cool, hard-headed action, because action is still needed.

We now have the eight-hour working day, but women are reporting it increasingly difficult to leave work on time, take time off for sick children, or access promotions. According to the Workplace Gender Equality Agency, women still do not have equal pay for equal work. A third of Australia’s company boards have no female directors, whilst less than 1% have no male directors. Just 17% of CEOs in Australia are women.

Last year, I worked with Diversity Arts Australia and the University of Western Sydney on a study of cultural diversity among Australia’s major cultural institutions, entitled Shifting the Balance: Cultural Diversity in Leadership Within Australian Arts, Screen and Creative Sectors.

Gender identity was beyond the scope of Shifting the Balance, but we included our preliminary findings in the report, in the hope that it would prompt further research.

We estimated that women made up 45% of CEOs in our major cultural institutions, which is much better than the rest of the Australian economy, although still slightly behind gender parity. The story is different at the Board level and in creative director roles. We estimated that men were three times more likely than women to be Board chairs and deputy chairs, and twice as likely to be creative directors.

Women are no strangers to collective action. In 1828, women working in the mills of New Hampshire made history with one of the earliest recorded labour strikes in the United States. Sixty six years later, Australian tailoresses followed suit, forming the first ever women’s trade union to fight reductions in piece-rate wages. And in 2017, women and their allies marched worldwide against misogyny, hatred and bigotry, the day after the inauguration of US President Donald Trump.

Collective action is an effective weapon which can, and has, been turned against the less powerful within a group. For example, Australia’s labour unions supported the White Australia Policy, opposing the ‘Asianisation’ of the workforce. Theresa Malkiel, the labour activist who suggested the US National Women’s Day which inspired the IWD, was appalled by white supremacy within the Socialist Party of America.

More recently, feminists of colour have begun to call out ‘white’ feminists on the issue of ’white women’s tears’, calling on these women to step into a space of productive discomfort and face up to their privilege. Being a feminist of colour is a bit like living in a marginal electorate: sometimes you wish you could vote differently, just so your electorate might finally get some attention. But when it comes to the crunch, you just can’t do it.

To be ethical and effective, a collective must take into account the interests of all its members. Sometimes these interests are in conflict: in her book Eloquent Rage, black feminist Brittney Cooper describes the way white women have voted in the interests of race over gender throughout American electoral history, culminating in the Republican presidential victory of 2016.

Like Cooper, I would argue that women in the more powerful segment of a collective have a moral obligation to resist the temptation to use the power of the collective to lobby for actions which actually subjugate their black sisters. Not only that: there is a positive obligation on the dominant group to use collective power to specifically support the interests of the sub-groups, even if this means giving away some of their own power.

I read an interesting anecdote about the women who worked in the White House on Barack Obama’s team. They found they were being ignored in meetings, or heard their ideas being repeated by men seconds after they had first expressed them. So the women made a pact: if one of them spoke, the other women would ‘amplify’ – they would repeat the woman’s statement and credit her with it, so a man could not claim her idea as his.

There are thousands of First Nations women and women of colour who have to deal with the complex issues of intersectionality – racism, trauma, socioeconomic barriers, disability –  before they even get a foot in the door of the arts and cultural sector.