A first-timer’s guide to the opera

A first night at the opera turns out to be filled with surprises - not all of them on stage.
Madeleine Dore 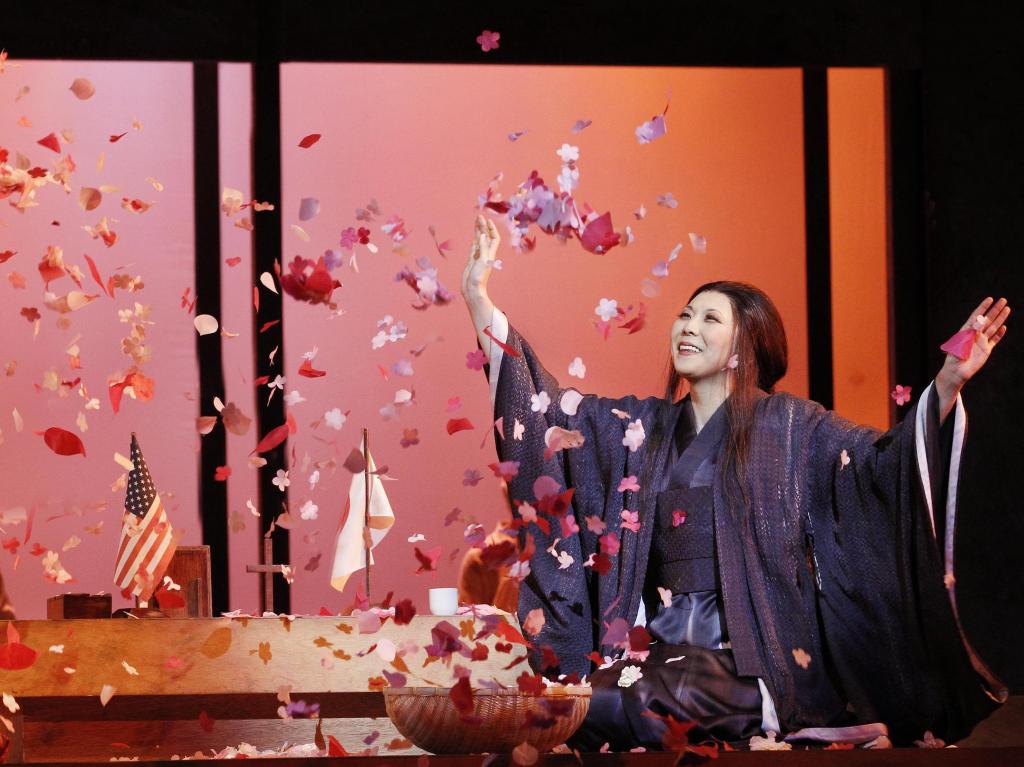 Once you’ve overcome the myths preventing you trying a new art form and booked your ticket, the opera can turn out to be quite different from what you were expecting.

My first night at the opera this week was opening night at Opera Australia’s Madama Butterfly by Giacomo Puccini. Here’s what I discovered.

You don’t need to frock up

Opera Australia’s ‘Ultimate Guide to Going to the Opera’ explains that dressing in your Sunday best to see opera is not mandatory. Looking around the Arts Centre on the opening night of Madame Butterfly, a man ​wearing a tuxedo and opera scarf was spotted next to another patron clearly dressed in whatever-they-were-wearing-that-day.

There’s no compulsory dress code, and attire should not deter or intimidate you from attending a performance. But observing the crowd – myself included in a velvet vintage frock – it’s clear some embraced the opportunity to slip into their finest.

Don’t forget to read the surtitles

Settling into our seats at the Arts Centre, I was admittedly preoccupied with people-watching and spotting the who’s-who with my opera companion, ArtsHub’s performing arts editor Richard Watts. From politicians to TV personalities, the golden grey to ladies and gents in their 20s, opera-goers were more of a diverse crowd than suspected.

With a mind elsewhere, I’m ashamed to say that it was over ten minutes into the production ​before I realised there were surtitles. Tucked almost out of sight above the curtain, I was blind to their existence, assuming that because the plot of Madama Butterfly is so well known, it was to unfold like some kind of interpretive dance – the vocals and ​music taking us on a journey of their own.

But in a quick flash of the eye I spotted the surtitles and experienced a huge sense of relief that the storyline would unfold in English. Lesson learned. But shifting focus from surtitles to the stage did seem to crane the neck – how do people maintain this action throughout an epic?

Moffatt Oxenbould‘s production of Madama Butterfly promises to ‘take your breath away’, but I wasn’t so convinced. Admittedly, my idea of what the opera experience would sound like comes from when Richard Gere takes Julia Roberts to La Traviata in Pretty Woman. I had imagined that the sound would be all-consuming, echoing around the stalls and vibrating through the audience – isn’t this what makes opera so moving?

I later discovered that not all operas are created equal. There can be the gentler, more lyrical style of opera. A small cast can create an intimate piece, rather than a big, robust production which can send the vocals booming through an audience.

A seasoned opera-goer we met outside at interval ​suggested the orchestra was too loud – drowning out even Japanese soprano Hiromi Omura. For others, this is a matter of opinion. We all agreed that Australian tenor James Egglestone as Pinkerton could have been more robust, and Sian Pendry as Butterfly’s loyal maid Suzuki was excellent.

When the familiar strings of Un Bel Di (One Fine Day) chimed in, it felt to me like soprano Hiromi Omura carried the audience to another place. While some moments jarred with contemporary issues – Butterfly being all of ​15 and Pinkerton full of lust when referring to her ‘childishness’ – the theme of longing can be felt by all.

Butterfly’s anticipation resonated and a montage of lusting over crushes flashed in my mind’s eye. When connecting with universal themes, the combination of impressive vocals and a robust orchestra can create that touching moment of transcendence so often touted by opera aficionados.

When someone applauds, we all applaud

What was really striking about the opera-going experience was witnessing almost the entire stall leap to their feet in a standing ovation. Having not seen an opera before and not knowing if the production was particularly brilliant left us both with puzzled looks on our face.

Feeling emotionally unmoved ourselves, we stewed over the enthusiastic movements of the audience, questioning whether it was more of a trained response – you go to the opera, you applaud – or whether it came from a place of being genuinely moved.

Our seasoned-opera goer companion said it’s just ‘part of it all,’ echoing observations made by Peter Tregear in an article on The Conversation: ‘As I have argued elsewhere, opera ultimately only justifies itself, financially as well as culturally, if it continues to help us evaluate and reflect upon the conditions of existence – no less.’

It’s not dissimilar to AFL

When we see an art form for the first time, often we can forget our own sense of intuition as to whether we like or dislike something. We can become caught up in the ‘rules’, or fear we do not know enough about the form to judge it.

But there is no shame in admitting ignorance, or declaring your likes and dislikes. As children, we are unabashed to say we like something or not, and that’s what is so enjoyable about a new discovery, and what can be so engaging about art. There needn’t be any mystery – simply tune into what you like.

As overheard after the production: ‘It’s like football –  you want to watch skilled performers. If the performers aren’t good, the performance isn’t good.’ Knowing not much about football or opera, I can only confirm the sentiments are true: like whatever you think is good, and don’t worry so much about the rules.