A cultural pathway for Adelaide

The excitement of 'Mad March' in Adelaide could last all year with clever activation of the city's infrastructure.
Chris Drummond 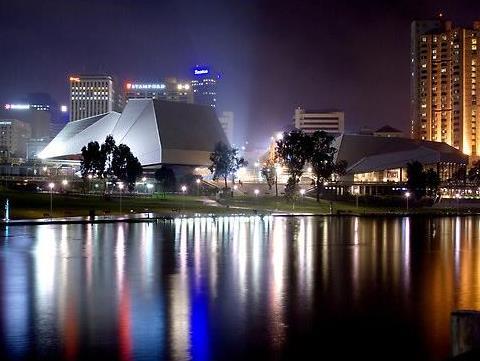 In recent months there’s been a growing feeling of optimism in Adelaide that, for the first time in a long time, a serious public conversation about the pivotal role the arts and our artists play in building a robust, compassionate and creative society is beginning to gain some traction.

In November last year over 170 artists and arts workers from across every sector and discipline – with strong representation from the department of the arts and the Minister’s office – gathered together over two days for a wide-ranging forum designed to articulate a 40 year vision for the arts in South Australia.

The outcomes of this gathering, organised by the Arts Industry Council of South Australia, are now being collated into a working document that is hoped will provide a foundation for a bipartisan cultural policy for South Australia to be activated over the coming five, 10, 20 to 40 years.

Encouragingly, this conversation has been deemed timely by both state and local governments who each have a focus on fostering social and cultural vibrancy within the community. Most visibly this has been seen in the new infrastructure along the riverbank precinct such as Adelaide Oval and footbridge as well as the inspiring architecture of the SAHMRI building alongside the new Royal Adelaide Hospital.

These investments have won considerable public support, showcasing how multi-staged capital investment in a network of independent yet interlinked projects builds communal pride and generates increased and sustainable cultural activities that encourage greater pedestrian movement and result in many new small business opportunities.

Recently the State Government announced a substantial investment in the redevelopment and upgrade of the Adelaide Festival Centre, which is welcomed, if long overdue.  Add to this the ongoing activation of unused and under-used spaces around the city and the promise of a cultural pathway that flows through the heart of the city begins to reveal itself.

Great cultural cities embed their artists permanently in the midst of the metropolis, as well as the outer fringes and regions, creating high profile arts precincts that attract tourists and locals all year round.  At festival time in Adelaide – Mad March – the streets, buildings, parks and every kind of space in between explode with creativity, ideas and passion.  Everywhere you look people are encountering new ideas and perspectives in a kind of bio-network of performances, exhibitions, concerts, readings and conversations washed down with the best food and wine Australia has to offer; all the hallmarks of an exciting, innovative and thriving city.

This is the boon of clustering the arts in such a highly visible context and proves that Adelaide wants arts and culture embedded in its daily life.  Artistic communities create bottle necks of congregation and activity, slowing the flow of traffic and attracting diversity and social vibrancy.

Mad March is a great temporary activation for the city but an enormous amount of planning, time, energy, resource and money is expended both on building short-term infrastructure and then striving to draw audiences into more out-of-the-way locations. The obvious question seems to be ‘How can we make our arts more accessible and visible throughout the year?’

In pondering this it is worth remembering that Adelaide is a ‘conceived’ city built on a flat plain.  The natural flow of movement through the streets is less obviously ‘directional’ than other cities that have naturally evolved over centuries around old goat tracks and creek beds. Yet Adelaide is renowned as the home of the walkable festival-experience which suggests that there already exist cultural desire lines that criss-cross the city.  Desire lines are the trails and shortcuts that a city’s inhabitants naturally gravitate towards; making their own pathways sometimes against the organised flow of a city’s planning.  Along these desire lines lie natural junctures, intersections and meeting points, locations that we pass by regularly and find easy to recognise and re-locate. Any investment in Adelaide’s cultural pathway would be wise to begin by working with these natural desire lines.

So, where is this cultural pathway? If the major bookends to Adelaide’s existing cultural infrastructure are the Adelaide Festival Centre and the North Terrace arts precinct at one end and Her Majesty’s Theatre on Grote Street at the other, what lies between?  I think a key part of the answer lies around the edges of Light Square.

The Queen’s Theatre, just off Light Square in Playhouse Lane, was ‘rediscovered’ by the arts in 1996 and has since become a staple venue on the annual calendar.  No other ‘alternative venue’ is as equally well known to both Festival and Fringe audiences. In truth it’s a glorified tin shed whose wonderful crumbling facade inspires artists and audiences alike but has severe limitations as a viable theatre. However a refurbished Queen’s Theatre – as alternative contemporary performance space – could become the centrepiece of a Light Square arts and education precinct that incorporates the Lion Arts Centre (Jam Factory, Media Resource Centre, Nexus and imminently the State Theatre Company of South Australia) and the Adelaide College of the Arts.  This triumvirate combined, represent a host of disciplines including theatre, dance, live art, film, visual arts and crafts, new media and multicultural and community arts practices, offering an incredible opportunity for partnerships and cross-pollination between the professional and tertiary sectors.

Such an arts/education precinct could have the potential to become a centre of national leadership for the creation of new Australian work and experimentation in new forms and new approaches to collaboration.  Additionally it could come to represent in Adelaide a geographical and cultural meeting point between the festival and fringe, mainstage and alternative, established and emerging, traditional and new, professional and educational and so on.  Significant investment in such a vision could unlock enormous potential within Adelaide’s latent cultural capital whilst simultaneously creating a stronger flow of pedestrian and tourist traffic around the CBD.

A cultural pathway for Adelaide: Setting out from the grand visions and international outreach of the Adelaide Festival Centre and North Terrace we head West through the backstreets and eateries to Light Square, our nationally celebrated arts/education hub before turning South to experience the rich heritage and diversity of programmes within the grand old charm of Her Majesty’s Theatre and then, after a bite to eat on Gouger Street, heading East towards Victoria Square, the Adelaide Town Hall and Hutt Street, and the finally we face North once more, to Rundle Street and on to North Terrace with an eye for what’s next on the horizon.