The man who who revitalised the Victorian Trades Hall, and dedicated his life to advocating for community arts, has died aged 83.
Jini Maxwell 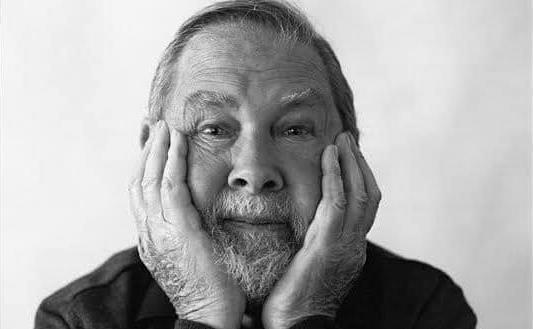 Minister for Creative Industries Martin Foley eulogised Garritty on Facebook: ‘He is deeply missed. He will not be forgotten. He will be remembered and valued.’ Photo by Alan Attwood and republished with permission.

Paddy Garritty’s contribution to the arts and union movements is difficult to overstate. In the words of Luke Hilakari, Secretary of Victorian Trades Hall Council, he was ‘a seaman, a painter and docker, the Secretary of the Unemployed Workers Union, a publican, a shopkeeper, a community activist, a circus rigger, a champion of the oppressed, a trade union activist, promoter of the arts and a comrade to many.’

Garritty’s passion for the arts and labour movements, his staunch advocacy and good humour, helped shape the cultural landscape of this country.

He passed away in an aged care facility in Melbourne’s western suburbs on the weekend after contracting COVID-19. Garritty was 83.

A passionate advocate for the power of creativity, a larrikin, activist and unionist, Garritty was born in England to an Irish father and English mother, before migrating to Melbourne in 1951, when he was 14.

Garritty was a Life Member and long-time director of the Footscray Community Arts Centre (FCAC); indeed, FCAC was founded thanks in part to his unwavering support. He was also closely associated with Circus Oz including as a rigger and long-time company member, and saw access to the arts as integral to the labour rights movement.

In 2013, Garritty reflected on his first involvement with FCAC, 40 years earlier: ‘[I]t was raining, I was in the pub with George [Seelaf], Max Odgen and Wally Curran (who was also a very big influence on me in relation to art and working life, who supported me in things that I did) and George said, the Unions are on the wrong track, they only think about wages and conditions, but they don’t give a damn about the quality of life and the culture of the working class people.

‘It is not only having arts and culture inside the factory gates, but also, outside, for workers and their families … art and working life was really about community arts,’ Garritty said.

The team at FCAC have paid tribute to his ‘legendary’ achievements as a director of the Centre, as arts officer at the Victorian Trades Hall – the upstairs bar at Trades Hall was long known as Paddy’s Bar – and as arts officer in the Williamstown Dockyards, where ‘morale soared when blue-collar and white-collar workers contributed their painting, sculpting, music and writing to onsite exhibitions’.

‘Melbourne and the West owes so much to Paddy. He believed in the power of art and community to change people’s lives – and in sharing that message he changed the lives of people around him,’ the FCAC team told ArtsHub in a statement.

‘Melbourne and the West owes so much to Paddy. He believed in the power of art and community to change people’s lives – and in sharing that message he changed the lives of people around him.’

Garritty’s influence on the Victorian Trades Hall was revolutionary. In 1996, he convinced the Trades Hall Council to refurbish the New Ballroom, originally built in 1917, as a theatre. Alongside Jim Rimmer, Garritty staged events for the Melbourne Comedy Festival, Melbourne Fringe, Melbourne Workers’ Theatre productions, and the Songlines Aboriginal music festival. His work returned Trades Hall to its community roots, sustaining local artists as a social creative hub, and providing an artistic environment that is anti-elitist and community-led.

Reflecting on this success in 2002, Garritty gave a statement to The Age that seemed to summarise his approach to advocacy for community arts: ‘We persevered and persevered, and now we’re successful.’

Victoria’s Minister for Creative Industries, Martin Foley MP, paid tribute to Garritty in a statement on Monday, saying: ‘Paddy was central to many campaigns for social justice and equality – especially for working people and marginalised communities … His role as an arts officer, provocateur for democratic change and champion of power for the marginalised, and his love of the Western suburbs and its cultural history and diversity will endure.

‘He is deeply missed. He will not be forgotten. He will be remembered and valued,’ Foley concluded.

‘He is deeply missed. He will not be forgotten. He will be remembered and valued.’

Luke Hilakari celebrated Garritty as a man who saw Trades Hall’s lagging attendance in the early nineties’ as ‘an opportunity, not a disaster’.

‘As a result of his efforts, the Hall now has tens of thousands of visitors a year. People come to make art, watch art, and be part of art. It’s never just been art for arts sake; with Paddy’s guidance, it’s always been art with impact and a message,’ Hilakari  told ArtsHub. 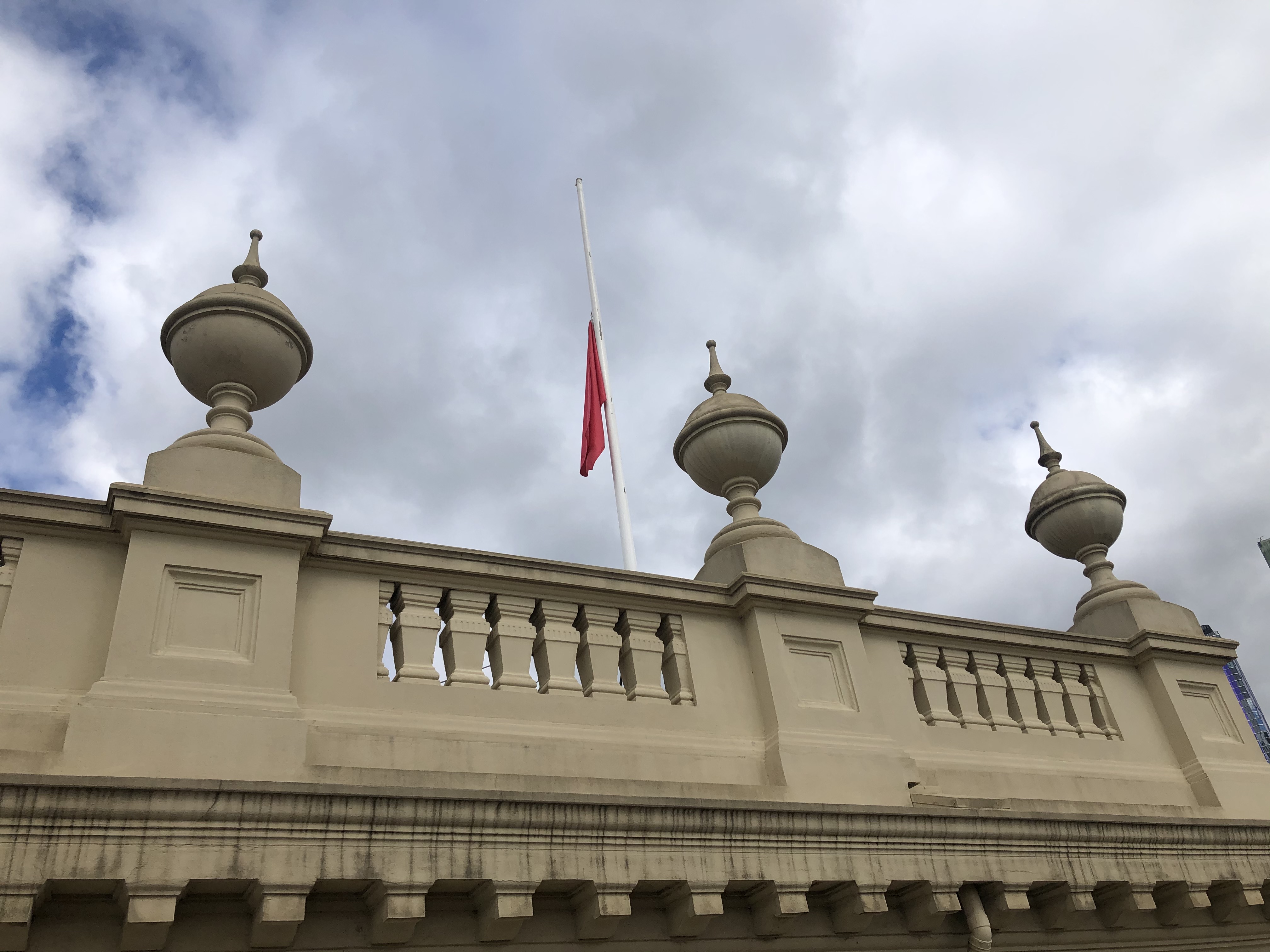 The Victorian Trades Hall flies its flag at half mast in Paddy Garritty’s honour. Image supplied.

He added a remembrance of accompanying Garritty as he saw his lifelong work come to fruition.

‘I was lucky enough to take Paddy on a tour of the restored Trades Hall earlier this year. He had not been in great health in the last few years and it took a few efforts to get him here. He was so pleased to see the grand old rooms, like Solidarity Hall, The Ballroom, the Old Council Chambers and a workers museum being again a first-class space for the working class. He was delighted by what he saw and had tears in his eyes for most of the tour, the building meant that much to him,’ Hilakari said.

‘We owe you a great deal, Paddy, for your vision of opening up the Hall and putting art front and centre for working people to enjoy. Thank you, Paddy, for dreaming big, for being a larrikin and for most of all for being a true comrade. Solidarity forever.’