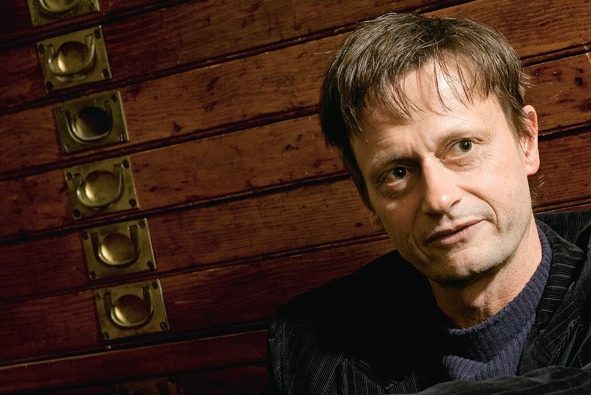 Television writer, script editor, children’s author and playwright Doug MacLeod died in Melbourne this week after several years of ill-health, including a stroke in 2011 and a diagnosis of the autoimmune disease discoid lupus in 2014. He was 62.

MacLeod was a mentor to many and a friend to more. He is remembered as gentle, funny and immensely kind, loyal to his friends, a gifted writer, adept at giving feedback, and an enormous talent.

Writer Lorin Clarke, the creator of podcast The Fitzroy Diaries, described MacLeod as ‘a quiet legend.’

‘You know how sometimes there’s someone who’ll back you before other people are backing you? Someone who looks right at you and says: yes, this script is good but I liked your bolder, weirder ideas, from before you got the Important Feedback that freaked you out,’ she said.

‘For me, Doug MacLeod was one of these very important people, at a time I needed both a sharp but thoughtful critic, and someone who got what I was trying to do … I am forever grateful to him, and will never forget him,’ Clarke added.

MacLeod was born in the outer Melbourne suburb of Greensborough, raised in the Latrobe Valley, and studied Drama at the Victorian College of the Arts, graduating in 1982. While there he wrote several musical theatre scripts, including Heart in the Mouth (for the Victoria Theatre, Ballarat) and Bilge (published in 1988).

His first book, Hippopotabus – a collection of comedic poetry – was published when MacLeod was just 16, thanks in part to the mentoring of editor Michael Dugan.

In later life MacLeod would mentor many young writers himself, especially in television, where he worked on numerous programs including as the head writer of The Comedy Company and script editor of Kath & Kim and Big Girls Blouse.

He also wrote several scripts for the popular ABC series Sea Change, as well as for The Bob Downe Show and the animated series Dogstar, which ran from 2007-2011 and which MacLeod co-devised.

In 2008 MacLeod received the Fred Parsons Lifetime Achievement Award for Contribution to Australian Comedy at the Australian Writers’ Guild Awards.

After time spent editing the Australian Puffin Club magazine Puffinalia and the success of his book Sister Madge’s Book of Nuns (1986) early in his career, MacLeod returned to writing for young adults in 2002.

Doug’s humorous and endearing writing for children has been so well-loved by audiences young and old for many years, and he was longlisted and shortlisted for the CBCA Awards several times. Our thoughts are with Doug’s friends, family and colleagues at this difficult time.

MacLeod was also a successful writer for the stage. His play My Son the Lawyer is Drowning (originally developed as a musical during his time at the VCA) was staged by Playbox Theatre Company in 1987.

With satirist John Clarke and composer Alan John he wrote a play based on May Gibbs’ children’s book, Snugglepot and Cuddlepie, which premiered at Sydney Festival in 2007, directed by Neil Armfield.

MacLeod also co-wrote Call Girl the Musical with comedian Tracy Harvey in 2009, which had two Melbourne seasons, and Margaret Fulton: Queen of the Dessert in 2012 with composer Yuri Worontschak.

Both productions were directed by Bryce Ives, who described MacLeod as ‘inimitable … a once in a generation mind with razor-sharp wit and an impeccable ability to surprisingly craft a story.’

Describing the process of working with MacLeod, Ives said: ‘As I was directing a new scene in Call Girl, the scene wasn’t quite working. Doug sat quietly in the corner and watched. I walked over to him, and he kindly said, “It’s not funny if the actors don’t follow the punctuation.” He was right; the commas were crucial.

‘Or a late-night email from Doug, “Bryce, you need the actor to change this particular single word in X scene, because this other word is much funnier.”  He was right. It was funnier and catapulted the story forward.’

MacLeod had ‘wisdom and was willing to share it. He was a great teacher. He was also a great listener. Doug loved watching artists be themselves. He loved supporting artists in full flight. Artists taking risks. Artists pushing the boundaries,’ Ives said.

Doug MacLeod is survived by his family and his partner Stephen. A celebration of his life will be held on 3 December.