In a landmark move, Tasmania Museum and Art Gallery, and Royal Society of Tasmania, jointly apologises to the Aboriginal people of Tasmania for wrongdoing of the past, and commit to open repatriation and truth telling.
Gina Fairley 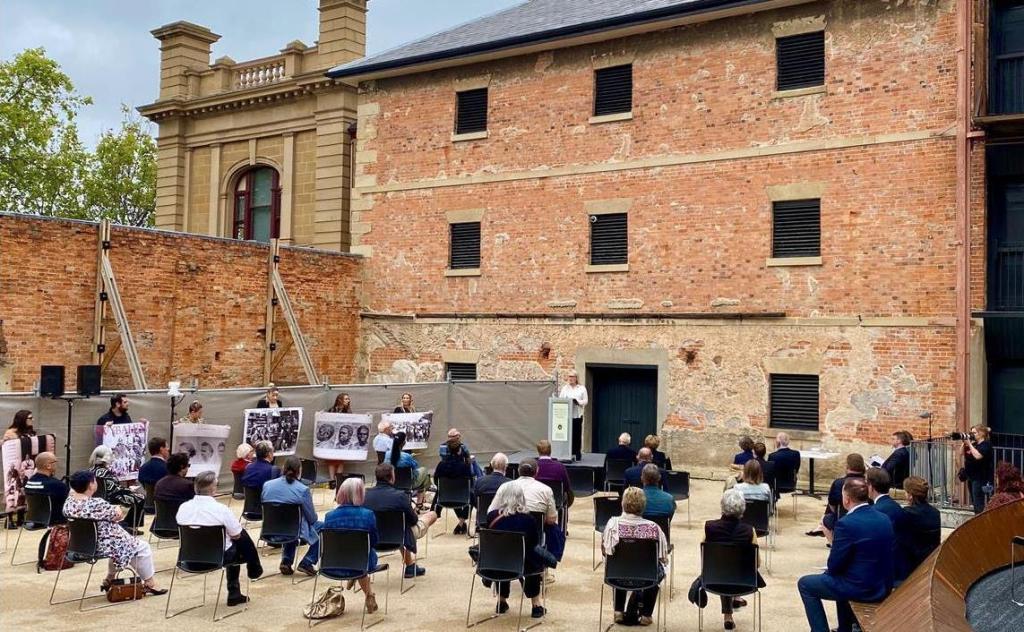 This week (16 January), the Royal Society of Tasmania (RST) and the Tasmanian Museum and Art Gallery (TMAG) made a formal apology to Tasmanian Aboriginal people, acknowledging – and putting on public record – that for nearly 200 years it played a part of scientific, research and museum practices that resulted in immense hurt and suffering.

In the statement the organisations said: ‘There is ample, undisputed evidence that Aboriginal burial sites were violated, culturally important sites were desecrated, and that the remains of Aboriginal people were exploited and traded as artefacts, against community wishes.’

Chair of TMAG’s Board of Trustees, Brett Torossi, said: ‘It is impossible for us to understand the pain, suffering and anger associated with the museum’s past damaging practices, but what we do know is that these actions were morally wrong.’

‘The evidence is in the minutes of the institution itself, in reports, in letters, diaries, and in newspapers –  it is on the public record. But it has also been hidden and forgotten, and too often denied,’ the Statement continued.

‘We hope that today marks a more honest way of being with the past and a new sense of responsibility for all that has kept us apart.’

The ceremony was intended to put on permanent record that the Museum’s past actions were real, wrong, and would never occur again.

It was a view echoed by RST President, Mary Koolhof: ‘The historical record shows very clearly that actions by past members of the Royal Society of Tasmania caused harm to the Aboriginal community. Aboriginal remains were exhumed by members of the Society, without regard for the cultural, spiritual and personal significance of those remains.’

Torossi explained: ‘We acknowledge that TMAG was responsible for removing ancient cultural artefacts without consultation with Tasmanian Aboriginal people. The removal of the Preminghana petroglyphs in the 1960s is a key example of such practices.’

Torossi used the moment to announce that the Preminghana petroglyphs would be repatriated the West Coast of Tasmania, and would work with Community to enable that process.

The Statement also acknowledged that TMAG had historically disrespected the remains of Trukanini, creating public displays of her remains rather then honouring her wish to be buried in the D’Entrecastreaux Channel.

A new phase of respect

‘We make our apology with no expectation of forgiveness but it is given from our hearts, as we look to the future with a genuine commitment to change,’ Torossi said for the Museum (and its precursor the Royal Society Museum), adding that there is always more to do.’

‘These injustices, and the consequences for Tasmanian Aboriginal people must be owned and acknowledged not simply as facts of history but with our hearts and our minds.’

It was a view echoed by Koolhof: ‘These actions took place in the past but the harm it caused remains very real today, especially for Tasmanian Aboriginal people.’

‘We also acknowledge that this apology has taken too long, and that it can never reverse the wrongs of the past nor erase the pain and grief felt by many people.’

The apology also lays out a range of commitments to a different future working together with Tasmanian Aboriginal people – one based on truth telling.

Among the positive pathway to a new future, the Museum said it would:

‘While new ways of working do not make up for the past, we want this to be the beginning of a new relationship. We want the Tasmanian Museum and Art Gallery to be a safe place for Tasmanian Aboriginal people in the future.

‘We give it unreservedly without asking for anything. We know and mourn that it is so belated,’ Torossi concluded on behalf of TMAG.

The Apology will be on permanent public display at the gallery, to reinforce its commitment.

The ceremony took place in the forecourt of TMAG, in Hobart on lutruwita lands, and home to the Muwininaand Mumirimina people.