‘This is a pause, not a stop’: lockdown devastating for Perth artists

PICA and Perth Festival have postponed the opening of numerous events, while Fringe World has cancelled five nights worth of shows.
Richard Watts 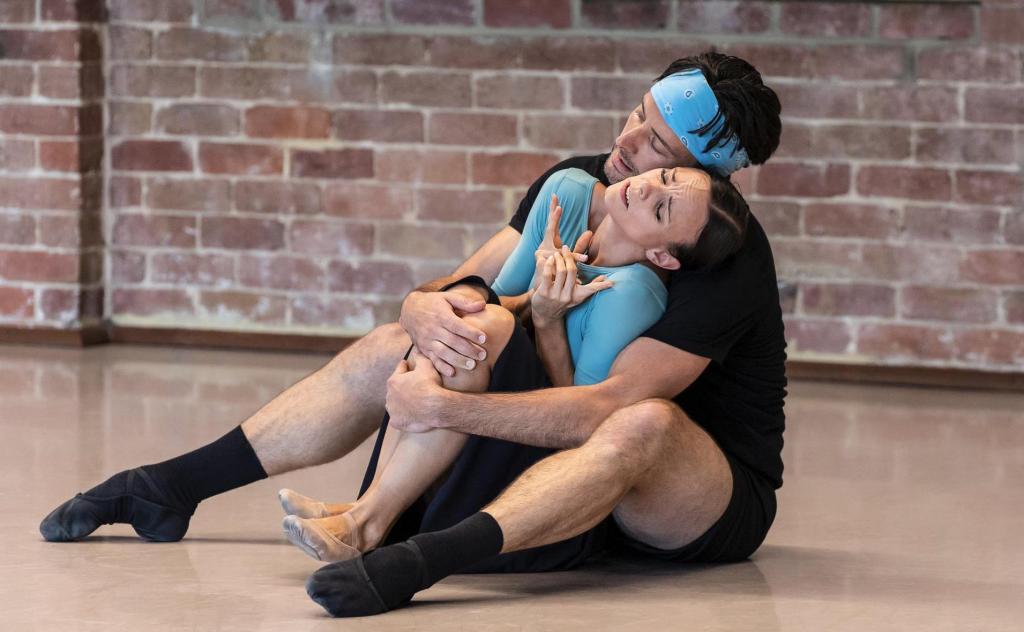 West Australian Ballet’s As One: Ballet at the Quarry is one of many arts events postponed or cancelled outright in Perth this week. Pictured: Matthew Lehmann and Claire Voss rehearsing Natalie Weir’s 4Seasons as part of Ballet at the Quarry 2021. Photo credit: Bradbury Ph

Perth’s hard and fast lockdown in response to a hotel security guard recently testing positive to COVID-19 has forced the cancellation of numerous Fringe World productions, and the delay and rescheduling of multiple shows at Perth Festival.

Artists have described the cancellation of shows as ‘heartbreaking’ and ‘devastating’.

Perth’s five-day lockdown began at 6pm Sunday and ends at 6pm this Friday 5 February, assuming there is no further community transmission of the virus in the interim.

In a statement released on Monday afternoon, Perth Festival – which was due to open on Friday 5 February, the last day of the lockdown – announced it would postpone and reschedule its weekend performances.

Projections at City of Lights, Tim Minchin: Apart / Together with WASO, Ballet at the Quarry, Archives of Humanity, Witness Stand, HOUSE, STC Courtyard Sessions, One & Many, Dreams of Place, Galup and I’ll Tell You in Person have all been rescheduled.

Lotterywest Film screenings and visual arts exhibitions will resume on Saturday 6 February, with live performances starting up after the weekend, in order to allow artists, crew and venues the time to complete final rehearsals and other technical requirements after the lockdown ends.

‘This is a pause for Perth Festival, not a stop,’ the Festival said in a statement, adding that all existing tickets for Festival events remain valid and ticket holders will be contacted regarding rescheduled dates.

Perth Institute of Contemporary Arts (PICA) has similarly postponed the opening of its Summer exhibitions, the gathering and SONGS from Patrick William Carter, presented in association with the Perth Festival. This includes events scheduled across the weekend of 6-7 February, as well as the first week of exhibitions from Tuesday 9 February.

The situation is more severe for artists at Perth’s Fringe World, which has cancelled performances outright for five nights.

Emerging dance artist Amelia Sagrabb said the cancellation of her new work Lemon at the Blue Room Theatre (as part of the short works program 900 Seconds (of Futurity)) was ‘devastating’.

‘It seems like everyone’s very understanding of the nature of the situation and the fact that we have to act in the way that we do now. But all the same, there’s a lot of fear, a lot of doubt and a lot of disappointment for various artists, especially because this is the prime season of the year for performances with both Fringe Festival and Perth Festival happening consecutively. It’s quite a blow,’ Sagrabb said.

Read: 5 tips for wellbeing in lockdown

Performer and DJ Tomás Ford said the cancellation of shows would have both a financial and an emotional cost for Perth artists.

‘I’ve got three shows in the festival. Luckily only one of them is knocked out, which was kind of my key show in terms of my artistic expression, but for a lot of us, it’s something that we’ve really been building towards for the whole year given the lack of performance opportunities in Perth [of late], so to have dates taken away is pretty heartbreaking,’ Ford said.

He said the impact on artists’ incomes would be considerable. ‘[Fringe World] is a major event so it’s always a major cornerstone of financial planning for Perth artists, because it does dominate the first quarter of our arts calendar here …  But it’s particularly damaging this year, because sales for the Fringe have been especially strong this year for local performers. Usually there are a lot of larger scales shows in from interstate and overseas and those have most of the box office attention. This time people were buying tickets for whatever they can could get tickets to,’ Ford said.

That increase in ticket sales is something of a double-edged sword for Perth artists, he added.

‘We’ve had two or three weeks of just amazing sales, right? But that means that instead of artists being more conservative in their spending, in terms of [marketing and] getting audiences in, certainly in my case I’ve actually put in more money off the back of seeing more potential reward than there usually is for local performances. So I think that’s going to amplify the impact of cancelling those dates,’ Ford said.

Fringe World CEO Sharon Burgess told ArtsHub: ‘It is very disappointing to have to cancel sessions due to the lockdown, but a necessary step that we support for the safety of our community.’

When asked if it would be possible for cancelled shows to be restaged, she noted: ‘We’re an open-access Festival, so it’s up to the venue and the artist to decide what is best for them. If they want to and are able to extend a show, then [we] will continue to provide the ticketing service for them.

‘[Fringe World] manages the two largest Hubs in the Festival: The Woodside Pleasure Garden and Girls School. It is not feasible for us to extend the season at these venues, but for shows that want to arrange remountings, we will do what we can to assist with discussions with other venues,’ Burgess said.

The cancellation of this week’s Fringe World performances was accompanied by a message to ticket-holders informing them that their tickets would be refunded.

Tomás Ford questioned this decision, saying it would have benefitted artists more if ticket-holders had been given the option of donating the cost of their tickets to artists impacted by the closures, instead of having their tickets refunded.

‘Fringe has taken the weird step of cancelling everybody’s tickets instead of offering patrons the chance to donate [the cost of their tickets] to the artists – which they’ve been doing earlier in the festival – or to reschedule. So essentially, those are all lost sales now, so that’s a disappointing outcome,’ he said.

Sharon Burgess responded by saying, ‘Prior to the lockdown, for sessions or shows that were cancelled due to COVID-19 (e.g. border closer) we were able to give customers the option to donate their ticket to the artist. Unfortunately this is a time-intensive process and due to the sheer volume of show cancellations that we now have, we are not able to offer this option and instead are processing direct refunds. We will be processing 24,000 ticket refunds between Sunday and Friday, so it is a large task.

‘We take donations throughout the Festival through the Fringe Fund, with funds raised normally going to artists for Award grants and other artist support. Due to the impact of cancellations this week, we will be directing all Fringe Funds raised during the 2021 Festival to support the artists impacted by this week’s lockdown and we are encouraging people to donate through Fringe Fund,’ she concluded.

Fringe World continues after the lockdown until 14 February. Perth Festival runs 28 February. Visit PICA for details of their upcoming exhibitions.