ArtsHub jobs data shows that there has been a strong increase in the number of positions for First Nations professionals offered at arts organisations over the past two years.
Gina Fairley 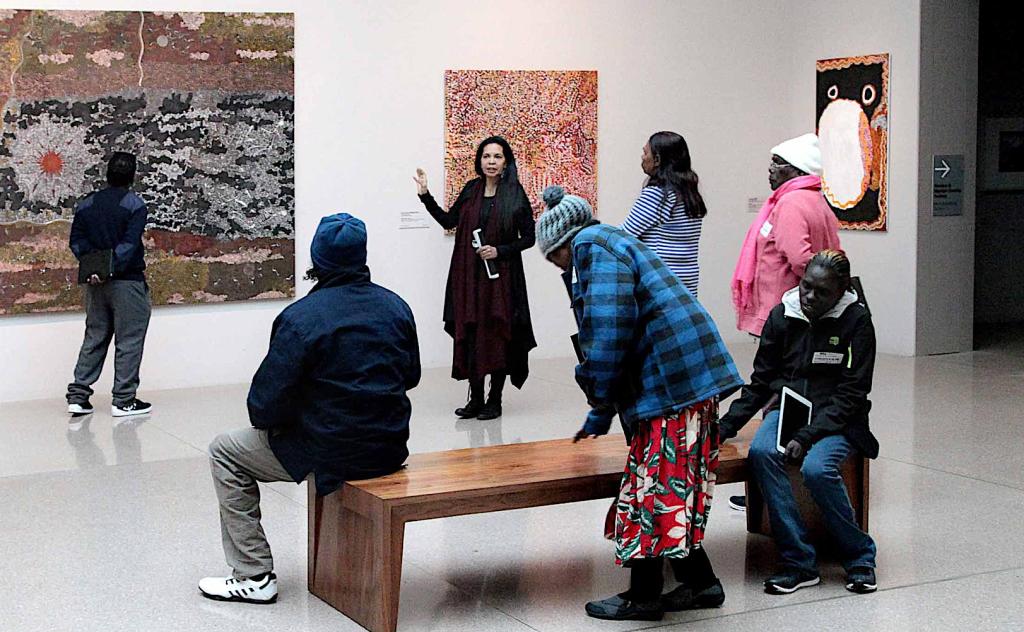 At ArtsHub we have noticed a recent trend. There has been a rapid and steep increase in the number of positions for First Nations professionals offered at arts organisations over the past two years (Jan 2019 – Jan 2021).

We have also witnessed a growing diversity and professional focus in the roles offered. In the past it was a blanket ‘Program Officer: Aboriginal Arts’, whereas today the range looks like this:

This shift didn’t happen overnight. It is in part the result of work done by the Australia Council for the Arts over many years – holding a mirror up to the sector – as well as programs such at the National Gallery of Australia’s Wesfarmers Indigenous Leadership program, which celebrated its tenth anniversary in 2019, and ANKA’s Arts Worker Extension Program (AWEP), the leading professional development and career pathways program for Aboriginal arts workers from remote communities in Northern Australia.

Such programs have armed over a hundred Indigenous arts workers to enter the industry at a professional level.

An alumni of the NGA program, Kimberley Moulton – now senior curator of South Eastern Aboriginal collections at Museums Victoria – told ArtsHub in an earlier article: ‘I am the first Victorian Aboriginal person to hold this role and the youngest.’

She added: ‘I see my role as a conduit for community. Our work as Aboriginal people in museums and galleries goes beyond our individual practices – it is for the community and greater goal of First Peoples’ self-determination.’

Chair of the First Nations Arts Strategy Panel, Wesley Enoch noted that Cubillo has worked extensively across numerous cultural institutions over the past 20 years and ‘is a highly respected leader who has worked tirelessly to develop significant First Nations specific policies and programs that address Indigenous advancement, agency and self-determination.’

Cubillo comes to the Australia Council from the National Gallery of Australia (NGA), which has totally rethought its staffing under the directorship of Nick Mitzevich. He explained that a cross-gallery Indigenous lens has seen a major shift in vision directing the creation of the new staff portfolio.

Among those appointments was Bruce McLean as Assistant Director, Indigenous Engagement, in late 2019.

Mitevich told ArtsHub: ‘Its a very interesting job; it’s not a portfolio in itself, [rather] he works across portfolios in the gallery, from administration to Indigenous suppliers, all the way to learning, advocacy and curatorial programming.

The NGA has also appointed new, privately-funded professional positions, tapping into philanthropic motivations and emerging trends around private giving. Among these positions are:

Our work as Aboriginal people in museums and galleries goes beyond our individual practices—it is for the community and greater goal of First Peoples’ self-determination.’

Just as Cubillo and McLean have stepped into significant leadership roles during our charted period, we have also tracked leadership positions appointed by Sydney Opera House, Screen Australia, Museum of Applied Arts and Sciences (MAAS), APRA AMCOS, Queensland Museum, Art Gallery of Western Australia, the ABC, Museums Victoria, Carriageworks and Art Gallery of Western Australia – all First Nations roles at either an Executive level or in roles such as Head of Programming, Senior Curator, National Manager, or Strategy and Policy Development.

We can start to understand this positioning when we look at last week’s announcement by the Tasmanian Museum and Gallery (TMAG), which released a formal apology to Tasmanian Aboriginal People.

As part of their commitment to reconciliation TMAG stated it has and would continue to appoint Tasmanian Aboriginal people to roles within the museum, and also embed First Nations practices in governance and leadership policy.

This sort of statement/policy-driven re-visioning, seen across institutions nationally, shows the importance of engaging a First Nations contribution to programs, productions, collection and narratives.

A trend that moves beyond the majors

We have also witnessed a consistent pattern over the past two years with positions being offered by Councils – usually’ Aboriginal Arts Development Officer’ positions or Reference Group Consultants – as well as some teaching institutions.

Last week (19 February), Rockhampton Museum of Art released a statement that as part of its re-badging, re-build and re-opening it will amplify First Nations voices through a range of employment, access and engagement opportunities, under the policy initiative ‘Reimagining Representation’ (made possible by a grant from the Tim Fairfax Family Foundation).

Rockhampton reported that the position of First Nations Programs Officer was advertised in 2020 with a large volume of interest locally, nationally and internationally. Dr Melinda Mann has been appointed to the position and commences later this month.

With regard to education institutions, while art schools might have taken a recent knock, Griffith University, The University of Melbourne, University of Queensland, the National Art School, and TAFE NSW were all seeking to fill First Nations appointments last year.

At the same time  (February 2020) an alumnus of the school, Dr Carol McGregor was appointed to run the program, demonstrating the value of nurturing career paths for First Nations people.

For most of us, this is good news. The verbiage has long been about respect and inclusivity, of shared knowledge and storytelling – but this data suggests that actions are starting to match our words.