A celebration of place and people, the 2020 Festival acknowledges millennia of cultural practice and the strength and breadth of Indigenous culture.
Richard Watts 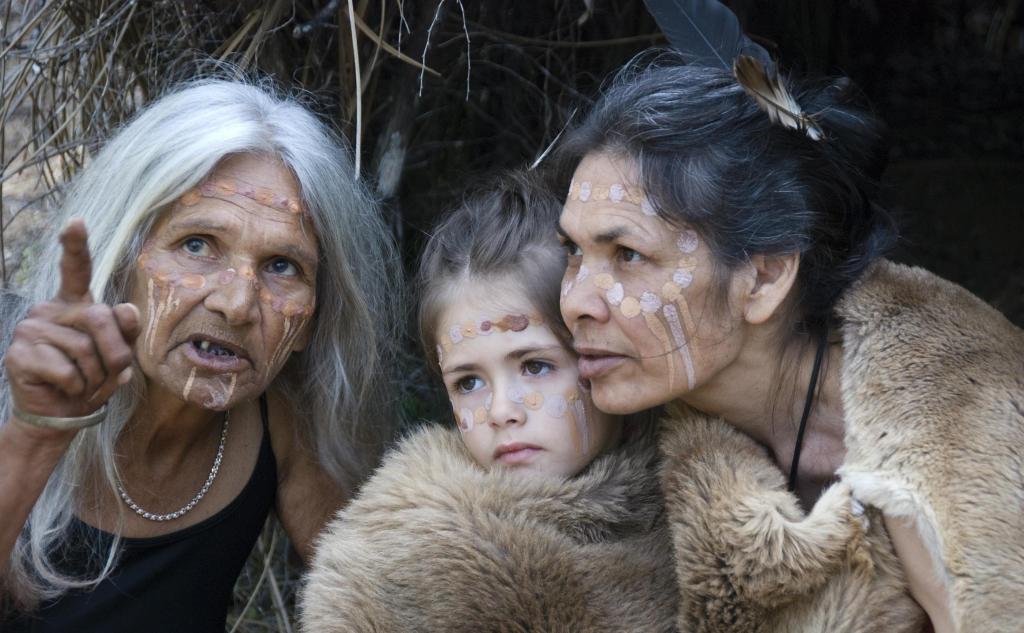 In a powerful statement about the central place of Aboriginal and Torres Strait Islander art and artists in contemporary Australian culture, the Artistic Director of Perth Festival has dedicated the first week of his inaugural program exclusively to First Nations work.

The first West Australian appointed to the Artistic Director’s role, and an accomplished artist in his own right, Iain Grandage said it was ‘a thrill’ to focus on Indigenous culture in this way.

‘The breadth of Indigenous art-making is of an international standard and therefore placing all-Indigenous work in the first week doesn’t make our Festival not international; it just makes it in and of this place,’ he told ArtsHub.

‘If people come to this Festival from outside Perth, I’d like them to get an absolute sense of this place. And so the prime reason for placing that much emphasis on Indigenous culture in my first festival – there won’t be as much in other festivals – but in my first festival is to acknowledge those millennia of cultural practice that have existed here, but also the strength and breadth of it going into the future.’

‘The breadth of Indigenous art-making is of an international standard.’

One of the highlights of the first week will be the world premiere of Hecate, a new work by Yirra Yaakin and the culmination of the company’s years-long Noongar Shakespeare Project; an adaptation of Macbeth told entirely through the poetry of the once-supressed Noongar language.

Programmed alongside it is Hecate Kambarnap, a safe space in which to process painful memories for Noongar Elders and other Aboriginal people who grew up having their language and culture repressed. For non-Indigenous Australians, Hecate Kambarnap is an opportunity to honour and reflect upon Noongar resilience, imagination and survival.

‘The Hecate Kambarnap, this campfire around which people are encouraged to share their experience inside the theatre, having watched this Noongar Macbeth, is very much about processing that denial of language and now the celebration of that language which was denied them – what that can mean in terms of their own grief about what they’ve missed out on, but also celebrating as it re-emerges back into the public sphere,’ Grandage explained.

Collectively, such works speak to the breadth, depth and diversity of contemporary First Nations culture.

‘Doing this sort of programming a number of decades ago there would have been a far less broad offering if it was a purely Indigenous week, but now there’s such a sense of ownership of various, traditionally Western European artforms – be it Black Ties taking over that wedding rom-com tradition just like Nakkiah Nui’s Black is the New White; that’s one instance – and also with Bran Nue Dae and its satirical elements,’ Grandage said.

‘Then there’s political protest song in Spinfex Gum, and there’s statements of the breadth and depth of the continuity of Yolŋu culture with Dr G’s project, Buŋgul … and Buŋgul will become an international concert sensation; there’s so much interest already from overseas.’

Grandage’s commitment to Aboriginal and Torres Strait Islander culture ‘comes from my decades of collaborating with Indigenous artists,’ he said, and is reflected throughout the Perth Festival program – not just its first week.

Each event listed in the program includes the Noongar name for its location alongside the more familiar names of suburbs and places in English.

‘In talking about how we slowly increase the bilingual nature of our offerings, it felt like the best place to start was with naming places. There’s a specificity about that – those names only exist for those particular places, and they’re far more specific than the Western names ascribed to them. So for instance there’s four different names for what we call Perth’s CBD, but they’re far more specific in terms of what those places meant for Noongar people. And so that’s just one way that we’re trying to introduce that [bilingual component of the program] slowly,’ he told ArtsHub.

‘I celebrate the presence of Fringe; I think they’ve done miraculous things with this city. I think they’re a wonderful festival and the two festivals are stronger because the other one exists,’ Grandage explained.

‘I celebrate the presence of Fringe; I think they’ve done miraculous things with this city.’

‘I’m also conscious that we need to have distinctively different offerings so that if somebody feels like going out during the time we overlap – we only share two weekends and a single week where we’re running simultaneously, but we’re not overtly competing with each other.

‘And so from that point of view – and it also helps my narrative – there is nothing other than Indigenous programming in our crossover week, simply because with Fringe Festivals across the world, First Nations or Indigenous programming is never their strongest suite. So from our point of view we’ve got a very complimentary offering to the Fringe, and then once the Fringe finishes, with something like Kabarett Haus, we get to take over some of the space they operate in,’ he said.

Featuring performances by Meow Meow, Rufus Wainwright and Amanda Palmer, Kabarett Haus will transform Perth Concert Hall into a space that’s simultaneously epic and intimate. Elsewhere the Festival features the likes of Tao of Glass, a fusion of puppetry and the music of Philip Glass; and the immersive virtual reality artwork Chalkroom by Laurie Anderson and Hsin-Chien Huang (experienced by this writer at Dark Mofo 2018 and described as being like ‘plunging into the pages of a book and experiencing the author’s ideas springing to life around you.’).

Already announced is the Festival’s closing night event, Highway to Hell, a tribute to Perth’s favourite son, Bon Scott, while in MÁM, a new dance-theatre work from Ireland’s Teaċ Daṁsa (whose Swan Lake (Loch na hEala) was a highlight of the 2019 Perth Festival) choreographer Michael Keegan-Dolan explores colonisation from a Celtic perspective.

‘As non-Indigenous Australians we have our ancient stories of soil and earth, it just happens that that soil and earth is on the west coast of Ireland. And with MÁM, Michael Keegan-Dolan has rendered that so beautifully in terms of what happens when an interrupter comes in, when there’s someone who denies your experience of land and sea. He feels very passionately about the agency of the Celts against the English,’ Grandage said.

The joy of collaboration

Given Grandage’s standing as a music director, cellist and composer, it’s hardly surprising that his inaugural Perth Festival program also features the return of a dedicated Chamber Music Weekend – but even here his commitment to collaborating with Australia’s First Peoples shines through.

‘I’m always looking at ways of bringing the joy that chamber music has brought me as a chamber musician to audiences, but also trying to reframe it so that it continues to develop and it doesn’t become a museum piece,’ he said.

‘And so from that point of view, I’m building that Chamber Music Weekend around this project that I’ve been working on for years called Quartet and Country, where Indigenous composers write for that pillar of Western art music, the string quartet, and that’s one way of making sure that that string quartet feels like it’s utterly grounded in this country.

‘And those Indigenous composers are quite literally from the four corners of this continent – from Yorta Yorta Country with Lou Bennett, and then Kalkadoon from Mount Isa with William Barton; Yawuru with Steve Pigram from Broome, and then a brand new work from Roma Winmar here on Noongar boodjar, Noongar country,’ Grandage said.

‘I’m always looking at ways of bringing the joy that chamber music has brought me as a chamber musician to audiences.’

Opportunities for collaboration continue appear elsewhere in the program, including the chance for younger Perth artists and students to work with some of the country’s leading artists, such as contemporary circus company Circa and choreographer Stephanie Lake.

‘Australia’s finest circus company, Circa, are presenting a new show [called Leviathan] featuring six local circus performers, six kids and six dancers from Co3 as well as their entire ensemble. And likewise with Colossus, it’s very similar – it’s about the power of mass movement. There’s something about a multitude of bodies on stage that I always find thrilling.’