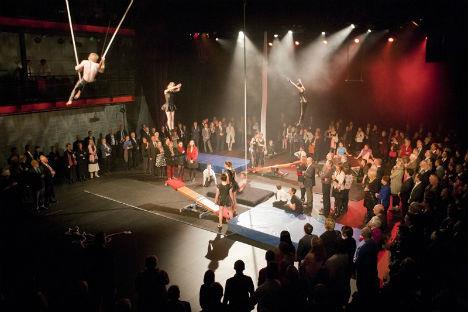 Jodie Farrugia has worked with the circus company and training organisation for several years and has been appointed as the company’s new Artistic Director. She has helped form several of its productions over the years including Skipping on Stars, Circus Girl, The Promise (which won the 2009 Helpmann Award for Best Production for Children), and is currently directing Control Alt Delete—a production she also created that will be touring next year.

Joshua Allen is a Melbourne-based freelance writer and editor. He also is the Project Manager for visible ink and currently an editorial intern, writer and reviewer for ArtsHub. Follow him on twitter: @joshuawords