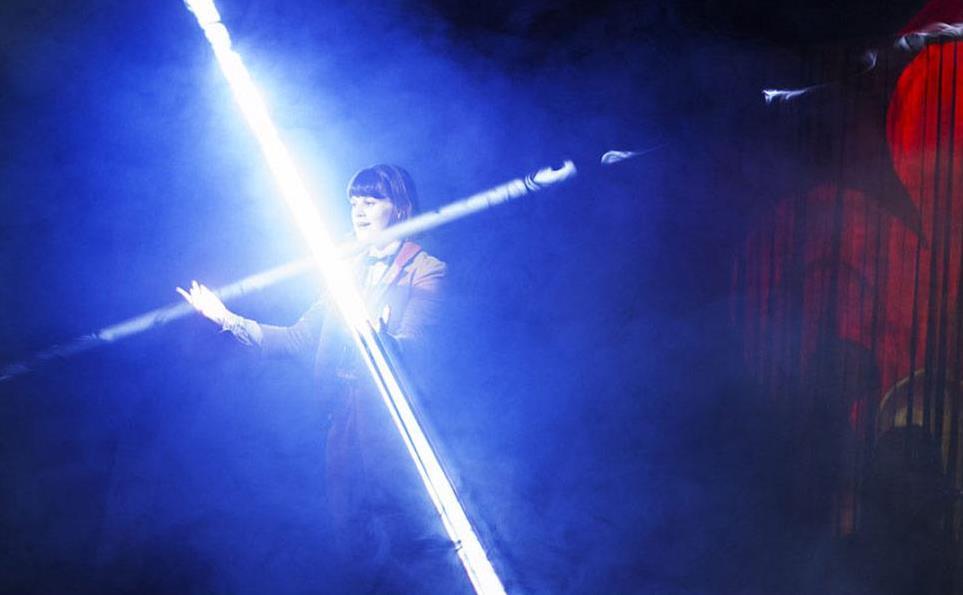 A scene from Slingsby’s Helpmann Award winning production Emil and the Detectives, which will undertake a 12-week national tour in 2021.

More funding from the Morrison Government’s $60 million Restart Investment to Sustain and Expand (RISE) program – part of the $250 million emergency stimulus package for the sector announced in June – has been allocated to organisations in South Australia and the Northern Territory.

The news follows the first announcement of RISE funding, made in late November, with more recent announcements being drip-fed across the country.

Northern Territory Dance Company (NTDC) has received $433,645 for its Dancing Across Country project, a collaboration with the NSW-based NAISDA Dance College (NAISDA) and the West Australian Ballet.

Two new Australian works will be developed as part of the Dancing Across Country, for presentation in 2021 and 2022.

As well as providing employment and professional development pathways for dancers in the Northern Territory, Dancing Across Country will also serve as a capacity-building tool for NTDC’s future, as the company strives to become the nation’s second professional Indigenous dance company.

‘This vital strategic investment is a game-changer for NTDC and will strengthen our strategic relationships with NAISDA in NSW and West Australian Ballet (WAB) in Perth, with long term opportunities for employment and development of dancers within the Northern Territory,’ said General Manager Erica McCallum.

‘The Indigenous owned NTDC’s vision is to become the principal dance company of the Northern Territory and Australia’s second professional Indigenous dance company. The Company reflects the multicultural essence of Darwin and gives NT based aspiring dancers the opportunity to develop their talent and be part of the highest quality dance productions and performances delivered in the NT and beyond,’ she added.

NAISDA CEO Kim Walker said: ‘NAISDA is incredibly proud to be part of this unique relationship and contribute to the ongoing development of NT Dance. This wonderful opportunity will also give or Practicing Artist in the new NAISDA Advanced Diploma such a wonderful experience in development of work in a company situation as well as experience cultural and creative opportunities in Darwin.’

The two-year project will see NTDC Artistic Director Gary Lang participate in a three-week residency at NAISDA, and NAISDA trained dancers travel to NT for 12 weeks each year to gain further experience, both in dance and culture, culminating in a new work Forbidden being performed at the Darwin Entertainment Centre, where NTDC are company in residence, in August 2021.

A second production will be presented in 2022.

Due to their existing mentoring and support arrangements with NTDC, West Australian Ballet’s Principal Rehearsal Director will travel to Darwin for the final stages of rehearsals to provide further choreographic support to Gary Lang and the team of dancers.

Slingsby’s productions have been in increasingly high demand internationally, with tours across eight countries in 2019. In March 2020, COVID-19 put an abrupt halt to international touring with Slingsby unlikely to venture abroad until the second half of 2022.

While the company may be grounded in the medium term, Slingsby will use this opportunity to connect more deeply with children, families and communities across regional and remote South Australia.

The company’s new creative ensemble, Slingsby’s Flying Squad, will create original productions that will tour to schools and communities and has been made possible through a co-investment from the federal RISE Fund and $100,000 from Arts South Australia’s Arts Recovery Fund.

Slingsby’s Artistic Director, Andy Packer, said the company was ‘thrilled’ to secure RISE funding, adding that the creation of Slingsby’s Flying Squad would dramatically extend the reach of the company’s theatre making and community building.

‘Slingsby’s Flying Squad, a team of multi-skilled diverse artists, will travel the state, collaborating and sharing with remote, regional and metropolitan communities. Energised by our passion for creativity, story and shared time and space, our goal is to inspire, fortify and build connection with and between South Australian’s living across our beautiful and varied landscape,’ he said.

‘This game changing co-investment by the federal RISE Fund and the Government of South Australia’s Arts Recovery Fund, affords Slingsby the resources to secure ongoing employment for five South Australian artists for the next two years. Slingsby’s Flying Squad reasserts the central role of artists in our organisation and builds on our contribution to the creative economy through our 2021 world premiere production The Boy Who Talked to Dogs, national touring of our repertoire and our ongoing international market development.’

Slingsby has also secured Australia Council project funding of $69,500 to commence work on Nyarugusu = Home. Led by actor Rashidi Edward and playwright Future D. Fidel (both of whom spent time living in Nyarugusu Refugee Camp in Tanzania, before emigrating to Australia) this new theatre work will explore the concept of ‘Home’.

‘This modern-day Odyssey exploring Rashidi’s journey is exactly the kind of story Slingsby tells. It is a story of coming of age and redemption, recurring themes in Slingsby’s theatre productions, these stories have power and meaning in the lives of our intergenerational audience,’ Packer said.