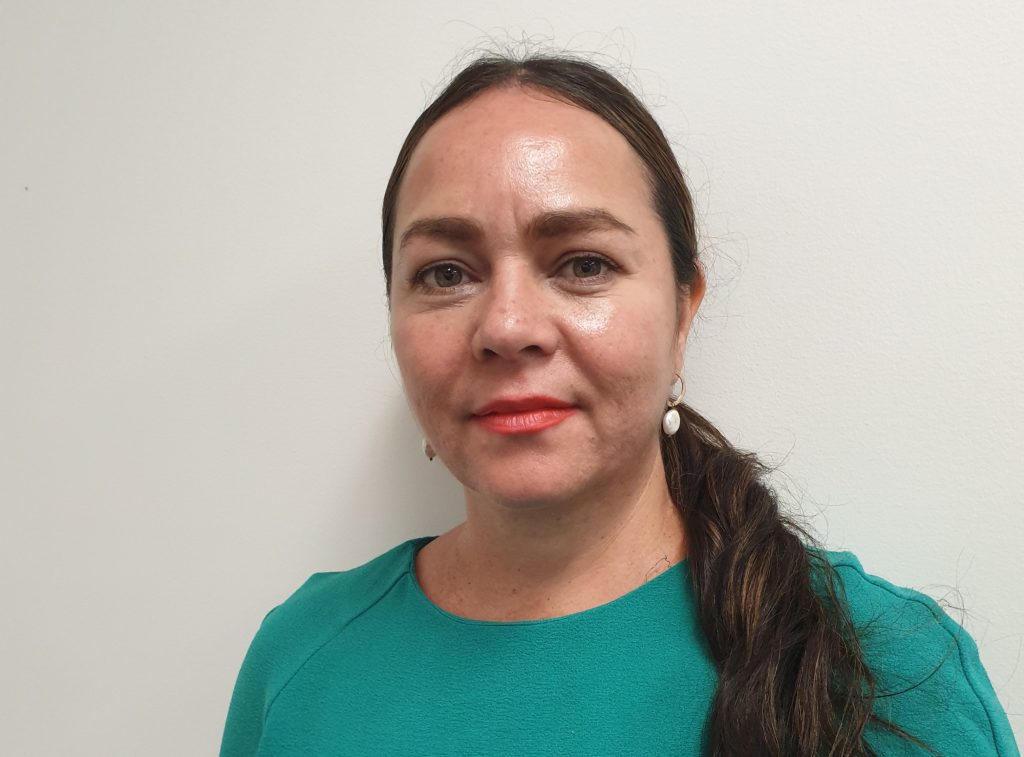 Shay Vigona-Goudge’s appointment is ‘a significant moment for the Northern Territory and the Australian arts and cultural sector.’ Image supplied.

Artback NT has appointed a First Nations Chief Executive Officer to lead the visual and performing arts development and touring agency. It is the first time the role has been held by an Indigenous Australian in the organisation’s 27-year history.

Shay Vigona-Goudge is born and bred in the Northern Territory and comes from a multicultural background with family in the Tiwi Islands.

She has worked for many years in the Territory’s arts and cultural sector and has an extensive understanding of the diversities, challenges and opportunities that make up the Territory’s cultural ecology.

Vigona-Goudge also brings a network of national and local connections to Artback NT, one of eight organisations to recently join the National Performing Arts Partnership Framework.

Speaking with ArtsHub, Vigona-Goudge said she was excited to be part of the current wave of First Nations leaders – alongside the likes of Daniel Riley, the recently appointed Artistic Director of Australian Dance Theatre, and Ben Graetz, co-Festival Creative Director at Sydney World Pride – who are heading up non-Indigenous arts organisations.

‘We know that there has been this huge under-representation of Indigenous workers in the arts and cultural industries … and I think [my appointment] is even more significant because Artback NT isn’t an Aboriginal organisation,’ she said.

Over the past two years there has been an increase in the number of arts and cultural positions for First Nations professionals, CEOs and their equivalents in Australia. However, Indigenous people are underrepresented, comprising only 2.7% of the arts workforce – and with only 0.3% in senior leadership positions.

I’m very proud and I feel privileged to be engaged with an organisation that’s not necessarily an Aboriginal-organised cultural organisation but one that has really strong board representation too.

‘We’ve got more than 30% Aboriginal representation on our board. They’re such an amazing board and our chairperson, Denise Salvestro, is so passionate and such a supportive and encouraging Chair,’ Vigona-Goudge said.

Salvestro described Vigona-Goudge’s appointment as ‘a significant moment for the Northern Territory and the Australian arts and cultural sector’.

‘Shay stood out amongst a strong selection of candidates,’ Salvestro said in a statement. ‘Her background and her awareness of the issues associated with delivering programs to remote communities were a consideration. She is also an enthusiast of work created in the Territory and where this is positioned nationally. As a board we look forward to working with Shay to support her in expanding the programming to further expose the broader national and international community to the unique stories of the Northern Territory.’

Vigona-Goudge steps into a role vacated in August by Louise Partos, who has moved onto the Museum and Art Gallery of the Northern Territory after 14 years at Artback NT.

Read: On leadership in the Top End with Louise Partos

Vigona-Goudge has participated in a number of national leadership programs such as the Australian Rural Leadership Foundation’s Milparanga Program and the National Gallery of Australia / Wesfarmers’ Indigenous Arts Leadership Program. Being exposed to these networks and art codes has reaffirmed and inspired Vigona-Goudge’s career direction.

‘I first became aware of Artback NT whilst working with Arts NT and was impressed with the organisation’s ability to bring people together through the immersion in arts and cultural experiences,’ she said.

‘For me, there are synergies with my own aspirations for the creative industries. That is, to continue to build upon the organisation’s strong connections to better service the Territory’s creatives and in turn audiences. This will include pathways and outcomes for our remote communities in the Northern Territory.’

Given the remote nature of the Northern Territory and the diversity of its population, Vigona-Goudge said the many connections Artback NT’s staff have built up over the years will continue to be critically important in terms of the organisation’s ability to foster a stronger arts culture in the region.

‘Having that presence in the community is really important but so too is ensuring creative control – that’s fundamental to those communities and their cultural maintenance, particularly in regional and remote areas,’ she said.

With 33% of the Territory population being Indigenous, representing an estimated 86 language groups, Vigona-Goudge is keen to focus on regional and remote communities as being front and centre in Artback NT’s planning and actions.

‘I also want to increase the resources of staff and programming and their capacity to deliver our programs and services,’ she told ArtsHub.

Building the capacity of artists in the Territory will help promote their diverse art to the nation as a whole, she added.

‘If we’re strengthening artists in the NT, you’re inspiring other, new emerging artists, but also showcasing the Territory. People come to the Northern Territory for different reasons. Some people want to go fishing or want to see a croc, but we know that largely, people want an arts and cultural experience but they’re not necessarily getting that. So, providing those experiences will support that narrative,’ she said.