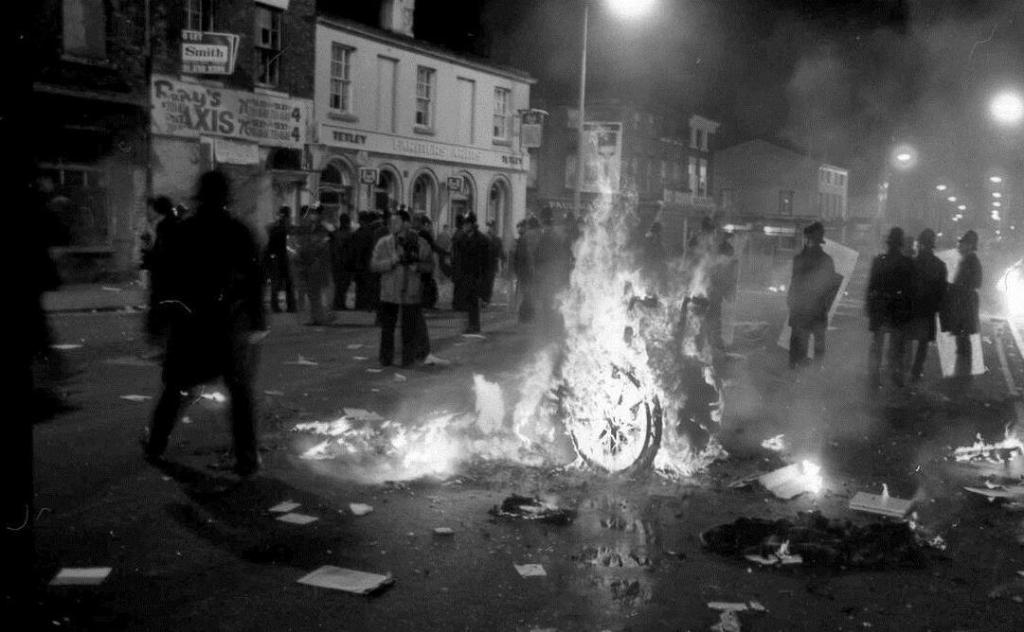 It is just over 25 years since the UK’s Disability Discrimination Act was legislated (November 1995), part of which sets out the meaning of the terms disability, discrimination and harassment.

So it is somewhat surprising that this past week, Facebook has removed the link to a virtual arts exhibition about the disability rights movement, stating it did not comply with its hate speech guidelines. The project was created by artist Justin Edgar, and 104 Films, which has an impressive record in ‘the representation of disabled and disadvantaged talent, both on screen and behind the camera’.

Funding for the exhibition comes from the Arts Council England, while the company has a longer term relationship with the British Film Institute.

According to the production company, ‘the exhibition was criticised by Facebook users who branded it “disgusting” and demanded it be taken down over the weekend.’

While some Facebook users were angry at the use of language such as, ‘Mongol’, ‘Spastic’ and ‘Cripple’, others recognised it as a comment on how disabled people are treated by society via a ‘fake history of a disabled terror group’, and praised the project.

The work is a piece of fiction, a classic mockumentary, in which the ambiguity raises questions about contemporary realities.

It was launched at Unlimited festival, organised by South Bank Centre in London, and is taking place from 13 – 17 January 2021.

Unlimited is an arts commissioning programme that enables new work by disabled artists to reach UK and international audiences.

The exhibition page has since been was reinstated by Facebook, following an appeal by representatives of the exhibition.

Reasonable Adjustment and the role of disability activism

The story of the mythical Reasonable Adjustment (RAD) movement is disturbingly plausible.

‘In 2010 the Conservative / Liberal Democrat coalition government led by David Cameron and Nick Clegg introduced an unprecedented £28 billion of cuts to disabled people’s incomes … According to the BBC two thirds of deaths from Covid-19 have been amongst the disabled community,’ states the RAD website.

Is it so crazy different to the art project’s claims of arson attacks and other violent acts in the early 1990s to gain civil rights for disabled people?

‘What made RAD unique was their advocacy of armed resistance in the face of what they saw as unfair treatment of disabled people by Margaret Thatcher’s right-wing government,’ describes the RAD website.

Edgar says: ‘It is 25 years since the Disability Discrimination Act was launched and this exhibition is designed to promote debate on how far disabled people’s rights have actually come.’

The attempt to censor the project on Facebook collides a variety of issues which blaze from the headlines right now. Is offensive automatically hate-speech? What rights do the victims have to define their own language? What happens when distaste is used to censor a work of fiction?

And does a fabricated story using documentary conventions have to be labelled so we understand the distinction clearly?

ArtsHub spoke with peak organisations for disability arts in Australia to garner their view on the role of protest for artists living with disability.

NSW’s peak arts and disability organisation – Accessible Arts – says the exhibition and its marketing is taking a satirical approach to the issue of disability rights.

‘Satire can be a powerful way to critique social issues and it’s vital that artists as activists are able to freely use different approaches and technologies to provoke discussion of inequality and discrimination,’ says Accessible Arts’ Arts Development and Training Manager Liz Martin.

‘As a commission of Unlimited, the exhibition is also about shifting perceptions of people with disability and helping the work of artists with disability to reach new audiences,’ Martin added.

It was a view shared by Caroline Bowditch, Arts Access Victoria’s CEO. She described the project as ‘fascinating!!’, adding, ‘I think it’s great that it’s sparking dialogue.’

Bowditch told ArtsHub: ‘As most of us are taught NOTHING about disability history, or the disability movement, I can imagine that people could believe it.

‘I understand that people may find the language used disturbing but that language was, and is in many parts of the world, still is a reality. And sadly, whether we want to admit it or not it is still the way many disabled people are thought of by today’s society.’

With regard to activism today – now – in our times, she concluded: ‘We need to be talking about the ableism that is very much alive today and taking action to accelerate the rate of change.’