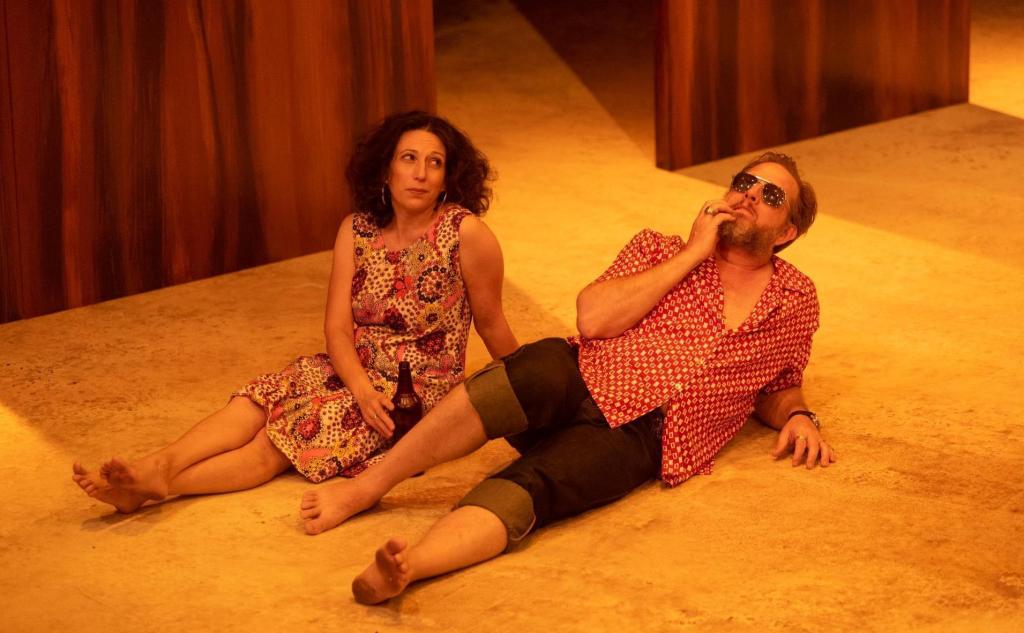 ‘We are currently in stage two or three of the restrictions lifting, and if the cafés and the pubs that serve meals are anything to go by, the people are hungry and keen to get back to things – for life to return to normal. And that lack of community transmission, I think, makes an enormous difference psychologically about people feeling safe,’ said Brown’s Mart’s Artistic Director, Sean Pardy.

‘We are proud to be the last theatre closed and the first theatre open in Australia if not the world. It is our pleasure to continue to add to the cultural and social fabric of the Northern Territory,’ he added.

Darwin’s isolation is sometimes a challenge for the creative industries, but in this case has actually proved to be of benefit in that it has helped minimise the spread of the virus, Pardy believes.

‘Our geographic disadvantage has been turned into a geographic advantage in this case, you’re dead right. We honestly feel like we’re in the luckiest place in the country, if not the world,’ he told ArtsHub.

The reactivation of Brown’s Mart’s regularly programming will begin with live music sessions in the theatre’s courtyard from 5 – 7pm on Friday 5 June, followed by the monthly play reading series, Evening Reads, inside the theatre at 7:30pm. The first play to be read will be Robert Reid’s On the Production of Monsters.

The Brown’s Mart team still have a number of logistics to work through before the theatre re-opens, ranging from cashless payments and markings to show where people should queue for the bar, through to how many people can be in the toilets at any one time.

‘The courtyard’s obviously got advantages because it’s outside, and of course we’ve still got some restrictions in place, such as the 1.5 metres [between patrons] restriction,’ Pardy explained.

‘Then we’re moving to readings next, mainly because they’re low risk and also we can configure the theatre so it can fit more people even when the sight lines are terrible. It’s one of those funny things where a director would normally say, “No, I don’t want it in that configuration because the sight lines are hard,” but for a play reading they’re less important – we’re more concerned about the words. Also, play readings are way easier to organise, as anyone would appreciate, than a full-scale production.’

Beginning with play readings not only allows for the theatre to be configured so that patrons can be seated a safe distance from each another; it also ensures that challenges currently associated with more traditional theatre productions – such as needing multiple people to handle props, sets and costumes – can be avoided.

‘Also you’re not likely to have an intimate scene or a physically close scene between two actors; you can eliminate all those risks with a reading. And then I guess we’re gambling in a little way that by August, we can be back to some sort of normality,’ Pardy said.

Later in the year the theatre will present the one-man play Robert in Crisis (previously staged at Brown’s Mart as part of the 2019 Darwin Fringe) and The Final Front Ear by the Royal National Theatre of Jingili, both of which were originally scheduled in Brown’s Mart’s 2020 season.

The question of how best to reconfigure seating continues to be a topic of conversation for the Brown’s Mart team.

‘Currently, we’re dealing with the little problem of missing seats and missing rows to stick within the 1.5 metre distancing … We’ve been reading that NZ is reducing that to a one-metre distance and that would certainly make a big difference to us – that would make a huge difference in terms of being able to only having to miss one seat between coupled patrons.’

Once the theatre has reopened, Pardy and his team are then faced with imagining what the future might look like – including Brown’s Mart’s 2021 season.

‘There’s an original presenters consortium that I’m a part of, and one of the conversations in that group was about not just repeating 2020 in 2021, because it sort of does an injustice to your audience and your artists. But then, similarly, if you had commitments for 2020 it’s nice to be able to honour them in ‘21. So there’s a funny little balancing act going on there.

‘We’re certainly postponing one show that we were planning this year and re-delivering it next year, but I would hope that the other two or three shows that we do throughout the year in 2021, our mainstage productions, are new works for the remainder of that yea,’ he said.

As other companies across Australia begin to follow in Brown’s Mart’s footsteps, Pardy hopes the shutdown caused by COVID-19 presents an opportunity for soul-searching sector-wide.

‘The model that theatre companies are working with at the moment perhaps needs to shift – the focus needs to be placed back on the independent artists and the artists and arts workers who are engaged on a contract basis,’ he said.

‘Ironically, someone – a casual who we got to regularly and systematically come in and count the money when we had a big night at the bar or something like that – they get JobKeeper for being a casual on a regular systematic basis. And yet artists who we work with three times a year – for who, you know, we make up the bulk of their earnings for a year – are not able to claim it.

‘So in some ways, maybe this pandemic can help us, help arts organisations to try and put artists first again – try to really work out how we can best support independent artists – because without them we’re nothing,’ Pardy concluded.