As COVID-19 bites, industry lobbying pivots to the future 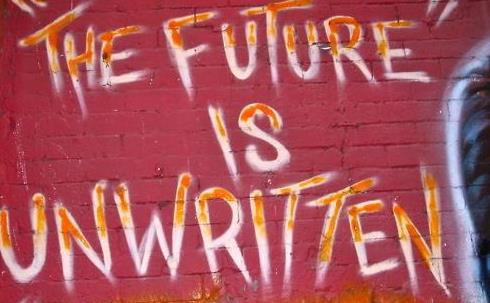 Production in Australia has basically stopped, though post production is continuing. Screen Producers Australia’s latest survey indicates that 119 productions are now ‘affected’. That is $500 million worth of work. Add the $100 million in lost export revenue and we are talking about an enormous hit to the sector.

The point being that this is cash flow. Income will flow into the sector from projects which had already been shot, from international sales, agency support in development, other specific agency measures and the government’s JobKeeper program.

The commercial free-to-air sector has successfully secured a suspension of quota obligations until the end of the year; they are not obliged to broadcast delivered projects this year, along with anything which is finished over the next few months by creatives working in isolation.

As the Australian Writers’ Guild describes the issue,

‘By postponing local content quotas to alleviate immediate financial pressure, the government will prematurely alter our TV landscape, in turn diminishing long-term employment prospects for writers and weakening our unique cultural voice. Paul Fletcher’s suspension of Australian drama, children and documentary content obligations until the end of December 2020 will allow broadcasters to evade local scripted production across two financial years and give them the option to hold back content that has already been produced.’

Universally, sector leaders are predicting that the commercial broadcasters will try to extend their quota holiday into next year, with the aim of killing the quota system entirely. Meanwhile, the government is finally surfacing the options for regulation at a time when the sector is in chaos.

Here the time frame is crucial. The government will be under extreme pressure for months, if not years, so reform of this sector could be either delayed again or made almost on a whim. It is unlikely that the government will be able to get any new system underway by the end of the year so the broadcasters will be asking to continue the holiday while there is no alternative, and will have no incentive to constructively build a new alternative. If they can delay the deal long enough, it could dribble away into no quotas and no replacement content fund.

There is another issue which is being talked about at the moment, one which can bite the industry badly. If the Australian industry is functioning without quotas, it will be out of step with our international partners.That makes deals harder, and the industry knows well that friction is a killer in complex negotiations. Furthermore, it will destroy the pipeline of broader brush projects anchored to a domestic FTA presale and offered to the world market.

These are very broad concerns. We have yet to see how the commercial sector works out what it wants to commission itself. It is generally felt that budgets will be shaved post-COVID, and that could mean increased reliance on overseas partners.

‘We are therefore calling on the Government to implement a $1 billion screen content fund over the forward estimates to amongst other  things, top up the existing tax offsets, assist with insurance risk, support those who have fallen through the cracks and supplement Screen Australia; and the immediate extension of content obligations onto SVOD services, to help share the load.

Our industry is “shovel ready” but it is only direct and timely action along these lines which will ensure that we are able to get back on our feet and restart the production of quality Australian content for our nation’s entertainment and education and to capitalise on export opportunities.’

This is still under discussion and nobody wants to debate detail in a fast moving landscape. This is a notional allocation, a tranche for Treasury to keep available, which extends over four years. At the moment, the issues seem to be:

Reasons to be cheerful

At the moment the situation looks very bleak, and we are all aware that thousands of people in our group of industries, including commercial television delivery and cinema exhibition, are drawing down their superannuation, begging their banks and landlords to hold off, sweating their credit cards and staving off bankruptcy. Not to mention living in small, frustrated groups of people managing children who really don’t understand. Only the nation’s dogs are doing well emotionally.

But parts of the industry are still running, in animation, games, post production, VR, sales and marketing. The networks have broadcast something and they will be open to deals on content and to increase the number of reruns.

While many older people will draw a line under their careers, young people in our sector will benefit from the pivot to online in a host of ways.

The sector has taken a huge body blow, which I think will really encourage better, tighter relationships in more focused companies. Many people will finally have a chance to rethink their methods, ambitions and sense of excellence. The guilds will get a lot of voluntary help.

Arundhati Roy has published an article about the virus and her cultural homeland of India. It is beautifully written, speaks urgently about the present, and puts our worries in perspective. It has a wonderful final statement:

‘Historically, pandemics have forced humans to break with the past and imagine their world anew. This one is no different. It is a portal, a gateway between one world and the next. We can choose to walk through it, dragging the carcasses of our prejudice and hatred, our avarice, our data banks and dead ideas, our dead rivers and smoky skies behind us. Or we can walk through lightly, with little luggage, ready to imagine another world. And ready to fight for it.’